"Socialist Vector": with what program does the new candidate from the Communist Party go to the polls? 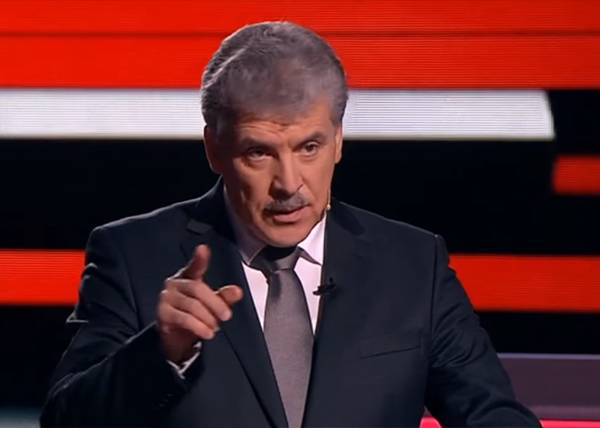 One of the main surprises of the election campaign was the nomination of the Communist Party non-partisan director of the State Farm. Lenin Pavel Grudinina. Until the very last moment, many believed that Gennady Zyuganov would again participate in the race, but at the party congress it was decided to give preference to Grudinin, who was supported by a broad coalition of national-patriotic forces. In the first speeches Grudinina at the meeting of the congress and on television, it became clear that he supports the program of the Communist Party of the Russian Federation "10 steps to a decent life." Some in the ranks of the national-patriots have already called this “conciliation,” but it became clear that the Communist Party of the Russian Federation itself is not going to “drift” to the right, the coalition one is only a candidate, and not the program with which it comes. Details - in the material on the eve.RU.

In recent days, the newly promoted from the Communist Party became a guest of several programs on federal channels and made a number of frank and bold statements.

During the transfer of "Time will tell" on "First" Pavel Grudinin said that he could win by typing 60% of votes. It turns out that he expects to win in the first round. Interestingly, the Communist Party leader Gennady Zyuganov in the most successful for him 1996, gained 32% in the first round and a little more than 40% in the second. In 2012, a little more than 17,2%. Pavel Grudinin is advancing from a wider coalition, but immediately after the CPRF congress, his candidacy was skeptical both some supporters to the right of the Permanent Conference of National-Patriotic Forces (PDS) and some independent leftists. A little later, Grudinin remarked that victory is the maximum program, and the minimum is to arrange a dialogue in order to “move the power” and make it closer to the people.

The new candidate explained what aspects of his managerial experience might be useful in the presidency. His company succeeded thanks to two factors: lack of theft and loyalty of people to work. Such approaches to the development of the economy can be extrapolated throughout the country. From the answers to the questions, it can be concluded that "the economic program has not yet been worked out in detail, but it is planned to use the Communist Party of the Russian Federation as its basis." But he intends to discuss numerous nuances (for example, mechanisms for the return of capital from offshore companies) together with his colleagues. Pavel Grudinin himself gives priority to solving internal problems, believing that by becoming stronger, Russia will be able to more effectively cope with external challenges. In addition, he spoke in favor of peace with Ukraine, while making a reservation that he shares the fraternal people and the current criminal regime in Kiev. He definitely considers the Crimea Russian, this issue should be resolved with the countries of the West, although this may take several years.

In the program "Evening with Vladimir Solovyov" Grudinin has already reminded that he is a candidate not only from the Communist Party of the Russian Federation, but from all the left-patriotic forces, he also mentioned his support in the PPS NPPS. During the conversation, the general director of the state farm said that the development vector would be socialist, he repeatedly turned to the Chinese experience, but in the end he came to the conclusion that his ideal is more likely Scandinavian socialism.

Grudinin considers it necessary to create an independent from the President of the State Council. In addition, in his opinion, it is necessary to nationalize the natural wealth of Russia. When the presenter expressed concern that this would require changing the Constitution, the chairman of the state farm noted that the ownership of the subsoil to the Russian people is also spelled out in the existing basic law, thus, it is not the Constitution that needs to be reformed, but Rosneftegaz. Even under current legislation, it is possible to force commodity companies to transfer a larger portion of revenues to the budget. There is also the example of Norway, where the budget is filled with income from oil and gas companies without nationalization, but at the expense of tax measures.

Pavel Grudinin managed to take part in the first debate with another potential candidate for the presidency - Vladimir Zhirinovsky. The leader of the Liberal Democratic Party unexpectedly reacted positively to the fact that a new candidate from the Communist Party of the Russian Federation was nominated and suggested that the party abandon the term "communism" altogether, replacing it, for example, with "social democracy". During the discussion, he accused the Communists of “creating Ukraine” and handing over Crimea to Khrushchev. To this Grudinin objected that the principle of internationalism, which the Communists proclaimed, would still prevail in the world. As for the Ukrainian crisis, now we need to seek the implementation of the "Minsk agreements" by diplomatic measures.

It is worth noting that Grudinin answers questions about his ideology rather evasively, referring specifically to “socialism”, “socialist vector”, “Zyuganov’s program”, etc., without reference to the names and works of Lenin or Stalin. Some leftists have already begun to criticize him for this. On the other hand, support for the foreign policy of Vladimir Putin and the "Minsk agreements" caused discontent of the national patriots. Thus, the former head of the Ministry of Defense of the DPR, Igor Strelkov, on his page on the social network, asked the PPS NPSR to remove him from the list of "people's leaders."

In general, after the nomination of Pavel Grudinin, the PDS NPSR operates in the same format as before. “There are people who, I would say, panicked a little, from my point of view, this is premature. Some of our positions, including the abolition of the 282 of the рус Russian article’ in Zyuganov’s report, as I recall, were voiced. , - stressed Yuri Boldyrev.

Touching upon the possible future of the “government of national trust” in the event that it is not possible to win the election, Yury Boldyrev noted that he is trying to work on the first scenario, to win.

What does the program of the Communist Party of the Russian Federation "10 steps to a decent life", which goes Pavel Grudinin?

First of all, the nationalization of key banks, electric power industry, railways, communication systems, military-industrial complex enterprises. This will reduce the country's dependence on foreign capital and give a planned character to the Russian economy. The first step in this direction is the law “On Strategic Planning” adopted at the initiative of the Communist Party of the Russian Federation; in the future, a special planning body is needed.

It is proposed to withdraw the CBR from the influence of the US Federal Reserve System, stop the outflow of capital abroad and resolve the issue of Russia's withdrawal from the WTO.

The third item is the creation of a powerful modern industry based on the latest discoveries and high technologies. The most important branches should be: microelectronics, robotics, machine-tool construction. For the success of industrialization is necessary and the revival of science.

In the agrarian sector, it is planned to rely on large-scale agricultural production and social infrastructure, restore seed production and livestock breeding, and fight dealers. For this, in turn, it is necessary to direct at least 10% of budget expenditures to support the agricultural industry and rely on large collective farms and cooperation. In addition, it is proposed to adopt new Land, Forest and Water codes.

Credit resources are planned to be sent for the revival of the country. The CPRF is in favor of replacing commercial loans with subsidies and subventions from the federal budget in order to support infrastructure development in the regions.

In addition, it proclaims the obligation of the state to control the prices of essential goods, fuel and medicines. The cost of utility services should not exceed 10% of family income. The government is obliged to regulate tariffs for electricity, fuel and transportation.

It is proposed to gradually eliminate VAT, and the charges on the Platon system and property tax and tax on settlement land should be abolished immediately. Losses for the budget are expected to be replaced by the introduction of a progressive income tax scale. A state monopoly on the production of alcohol-containing products is also proposed.

The communists intend to stop the "optimization" of the social sphere, to revive the vocational education system, to guarantee the availability and high quality of secondary and higher education. The state is responsible for the construction of housing and the state of household infrastructure. According to 7% of GDP - to allocate for science, education and health.

In the field of national security, the priorities are the increase in the combat readiness of the Armed Forces and their authority; establishing a mechanism for recalling deputies who violate election pledges, election of judges, members of the Federation Council and heads of local self-government. In the same series is the fight against corruption. Not only deprivation of liberty, but also confiscation is planned to be applied to the bribe takers.

The proposed support of culture, the fight against anti-Sovietism, nationalism and Russophobia. Also, special attention will be paid to the development of youth sports.

In general, these points are similar to those offered by popular patriotic forces. The main problem of the coalition and the "government of national trust" is just to gain power and dispose of it. After all, it is not enough just to win the elections (and this, as already mentioned, is an extremely unlikely option), we still need to be able to implement the program, overcoming the resistance of the current elites. On the other hand, the support of a specific program, expressed as a percentage of the voting results, will already be a signal to the authorities, and, secondly, it will show the ability of patriotic forces to mobilize in the future. 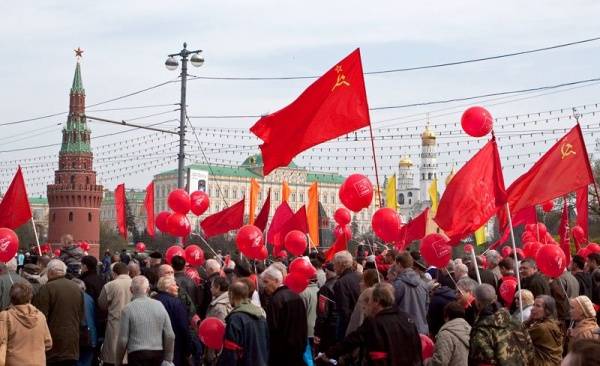 Ctrl Enter
Noticed oshЫbku Highlight text and press. Ctrl + Enter
We are
What you didn't want to know about EnglandZyuganov in the program "Actual conversation"
Military Reviewin Yandex News
Military Reviewin Google News
246 comments
Information
Dear reader, to leave comments on the publication, you must to register.