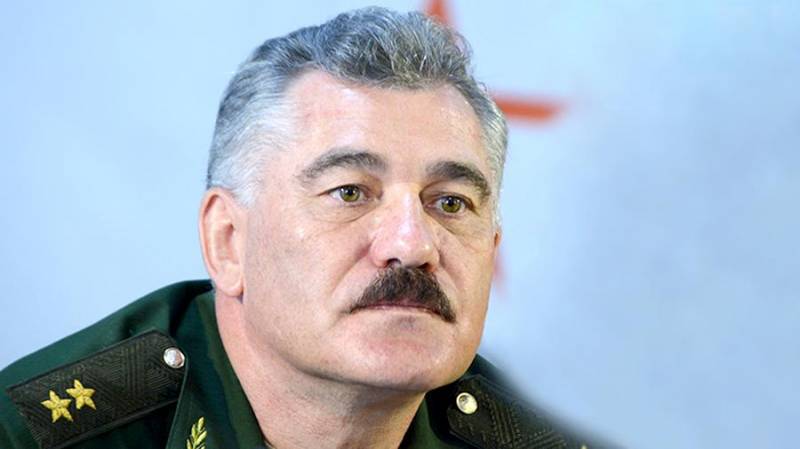 Military air defense is less known to the general public than the air defense of the Aerospace Forces, but it is from this type of troops that the army’s ability to perform assigned tasks in the context of a modern war depends. Lieutenant-General Alexander Leonov, commander of the military air defense of the Armed Forces, told Izvestia about new anti-aircraft weapons systems, promising developments and combat experience in Syria.

- Air defense troops of the VKS have in advance equipped starting positions and command posts. Their main purpose is to repel sudden aggression from the aerospace sphere, to protect administrative and key industrial centers.

Troops defense provides cover for army groups and military rear facilities. Its formations, units and subdivisions act directly in the combat formations of the covered troops, which include organizational ones.

- What new systems have entered service with military air defense in recent years?

- Since 2014, the newest modification of the S-300V4 long-range anti-aircraft missile system (SAM), the most "long-range" in its class, began to enter service. In it, the capabilities of the anti-missile component are significantly enhanced, the affected area is increased aviation funds. The modernization capabilities of the system make it possible to hit ballistic and advanced aircraft.

The development of the medium-range air defense system of the Buk family continues. The modifications “Buk-М2” and “Buk-МЗ” appeared. The radar illumination and guidance has been introduced into the Buk-М2 system. This made it possible to expand the radio horizon at extremely small flight echelons of the target and increase the range of destruction of cruise missiles. Each fire weapon provides detection, identification and firing simultaneously up to four targets from an unprepared starting position.

Since 2016, serial deliveries of the latest modification of the Buk-MZ complex have begun. Due to the multifunctional radar with a phased antenna array and the new missiles, the Buk-MZ complexes are 2 – 3 times larger than the capabilities of the previous air defense missiles of this class. One self-propelled unit is capable of firing up to six targets.

In 2012, tactical-level air defense units began to be equipped with the Tor-M2U short-range air defense system. They were transferred to the modern element base, four-channel capability was provided for the target, noise immunity was enhanced, and the possibilities of interfacing with other firing means over digital communication channels were enhanced. Implemented the exchange of information about the air situation between the two combat vehicles when operating in the "link" mode. It provides the most effective protection against high precision weapons.

Since 2016, the latest modification of the Tor-М2 air defense system began to arrive. High maneuverability and firing characteristics make it possible to use them as highly mobile reconnaissance-firing complexes. The use of a new anti-aircraft guided missile made it possible to expand the boundaries of the affected area almost one and a half times and bring the combat vehicle’s ammunition to the 16 missiles. Tor-M2 remains the only means of this class in the world capable of simultaneously firing four missiles at the same time with four missiles.

For direct protection of individual tactical units from 2014, the Verba portable anti-aircraft missile system (MANPADS) is used. Due to the use of a new optical homing head, the zone of shelling of targets with low thermal radiation and protection from pyrotechnic interference was increased. As a result, the consumption of missiles for hitting one target was reduced, and the effectiveness of the complex was increased 1,5 – 2 times as compared to Igla.

- The C-300B4 SAM system was present in the group of troops in Syria. Could you tell us more about this?

- To expand the airspace control area in eastern Syria, prevent enemy aircraft from attacking Khmeimim airfield and Tartus logistics base in October 2016, combat division in the designated area was taken over by the C-300BX4 air defense division.

During the execution of combat missions, strategic reconnaissance and bombers of the US Air Force were repeatedly detected and taken to automatic tracking. Goals were detected and followed steadily. The impact of high intensity interference could not interfere with the work of combat crews.

The crews of tactical aircraft reacted rather nervously to their sustained tracking by air defense systems at 200 – 300 km.

The personnel and equipment of the division adequately fulfilled the assigned tasks and in June of this year were returned to the point of permanent deployment.

- Please tell us about the development of promising models of weapons and military equipment in the interests of military air defense.

At the final stage is the development of the “Arctic” short-range air defense system Tor-M2. The facilities of the complex are located on the basis of high-traffic two-link DT-30PM tractors. The air defense system is capable of carrying combat duty in the Arctic and the Far North, both as part of a battalion and fully autonomously. The combat equipment of the Tor-MXNXDT complex was presented to the general public at the 2 Victory Parade of May 9. The first set will go to the troops next year.

To replace the Shilka complexes, a new anti-aircraft artillery complex is being developed with innovative rounds of ammunition. It is designed to destroy tactical unmanned aerial vehicles (UAVs), single rocket launchers of the MLRS, cruise missiles, strike elements of high-precision weapons systems, tactical aircraft, helicopters of fire support, as well as ground and surface lightly armored targets. The peculiarity of the complex is its low radioactivity due to the use of passive means of reconnaissance, detection and tracking of air targets.

For subunits armed with man-portable anti-aircraft missile systems of the Igla-S and Verba types, the development of the command machine of the platoon commander and the combat vehicle of the anti-aircraft gunners section is being completed. A combat vehicle is capable of conducting reconnaissance of airborne targets and their bombardment of homing missiles from a place and in motion.

Tests of a universal target-training complex for training units of military air defense are being completed. It uses software and remotely controlled reusable targets that simulate a cruise missile, a tactical UAV, a jet plane, and a hovering attack helicopter.

Ctrl Enter
Noticed oshЫbku Highlight text and press. Ctrl + Enter
We are
Ways to build the East Kazakhstan regionMilitary reform as an integral part of the security concept of the Russian Federation: Systematic dynamic assessment
53 comments
Information
Dear reader, to leave comments on the publication, you must to register.