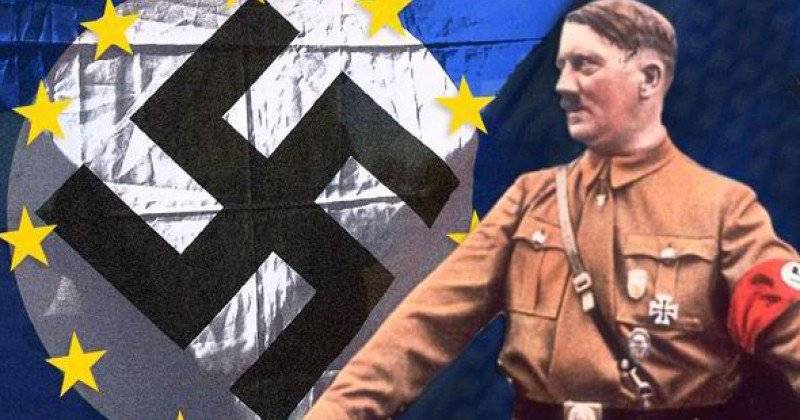 A few more days, and 2017 will end the year. The year is largely a landmark for European politics. The old continent is falling more and more clearly to the right, and it may very well be that we will soon stop laughing at the Nazi "marginal". After all, just as few people believed in the 1928 year that Hitler's Nazis, who got a little more than 2% in the parliamentary elections, could come to power in Germany.

Two years later, the skeptics were forced to shut up. And after three more were silenced all. Here are the Nazi results in the parliamentary elections of the Weimar Republic from 1924 to 1933:

2017 was a landmark year for Europe. It was this year in many countries of the old continent that the extreme right could not only dramatically increase their representation in national parliaments, but also in some places enter the government, as happened in Austria. Moreover, the ongoing political crisis in Europe ensures that all this is just the beginning of a pan-European list to the right.

Nobody is already surprised, and everyone somehow got used to the right-wing governments of Hungary and Poland. And what is interesting, despite the barrage of criticism, it is the political system of these states that is today the most stable on the old continent. We see the same picture in the Baltics.

If we remember Europe 1920-x, then we see that then it all started with this.

Apparently, it is for the right in Europe, the near future. As mentioned above, today we already have a new coalition in Austria, which includes the far-right "Svoboda" and the Conservatives of the "People's Party". Elections were also held in the Czech Republic, where Euroskeptics won with a crushing score. Even Germany, the European pillar of democracy, today is slumping to the right. The Right Party “Alternative for Germany” took the third place in the parliamentary elections held in the fall and took almost a hundred mandates in parliament. And the inability of Angela Merkel to form a new coalition government and very likely repeated parliamentary elections against the backdrop of a sharp drop in popularity of both the ruling Christian Democratic Union and the Social Democratic Party of Germany can turn them into third place. And there ... anything can happen. We all remember history Hitler's coming to power.

Distrust of the ruling forces in Germany is growing, as the tension in society is growing. Habitual leaders cannot yet give society clear and understandable guidelines for getting out of a systemic social crisis. It is this problem that faces the whole continent today. The old elites brought him to a standstill, and they have no recipe for overcoming the crisis. And that is exactly what gives the right chance. And in some places they, as we saw in 2017, have already used it.

As we see, while everything in Europe is developing according to a very familiar scenario.

Recently in Prague, leaders of the European right-wing parties gathered at the conference to take stock of the outgoing political season. The statements of their leaders speak for themselves. For example, French nationalist Marine Le Pen said it was necessary to “destroy” the EU from the inside:

“The European Union is breathing its last. We must behave like conquerors. ”

And it has become a guide to action on the ground. The rightists now have full initiative, and their rhetoric is becoming increasingly popular against the backdrop of the onset of a terrorist war, problems with migration, and the apparent impasse facing the current economic model of the EU. The continent is clearly divided into the poor and the rich part, and the gap between them is constantly widening, and this cannot continue indefinitely. Sooner or later, this fault line will break a single space either in half or in many small fragments.

As the recently published report of the German military showed, it is precisely such scenarios that are already considered by them as quite probable, and it is precisely to these challenges that they are already preparing to respond. And all this is happening against the backdrop of the confrontation with Russia, rising from its knees, wishing to regain control of the recently fallen "suburbs". 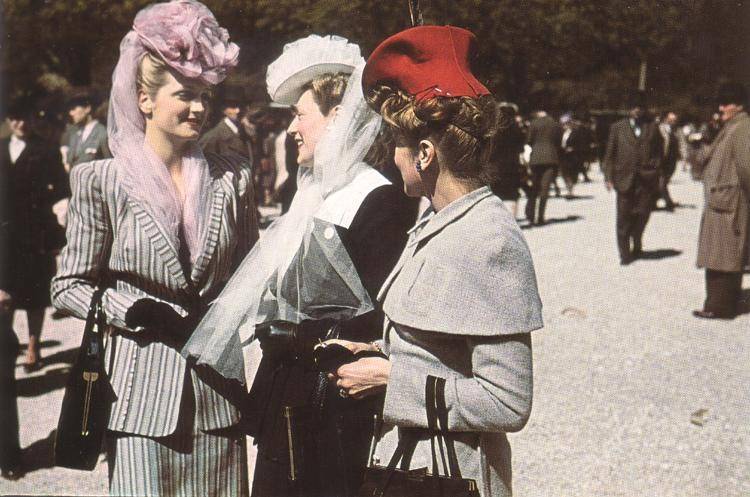 Agree, the situation is very similar to 1930-s, when Europe embarked on a fatal path for itself. How it ended, we remember from history. Fifteen years later, it was completely destroyed, and the Russian army had to take Berlin once again. Who could have imagined such a thing in 1928, when everything seemed so stable and stable?

Almost a hundred years ago, Europe was mistaken in its chosen path. How will today, let's see. I really hope that another living example of the last war will not allow this scenario to be repeated.

Ctrl Enter
Noticed oshЫbku Highlight text and press. Ctrl + Enter
We are
Reports from the militia of New Russia for 27-28 September 2014 of the yearResults of the week. "Well, do not change me because of every idiot!"
Military Reviewin Yandex News
Military Reviewin Google News
65 comments
Information
Dear reader, to leave comments on the publication, you must to register.