Lavrov: The US must leave Syria after the final elimination of terrorists

December 28 2017
48
American forces must leave the territory of Syria after the complete elimination of terrorists in the country. This was stated by Russian Foreign Minister Sergey Lavrov.

We presume that the Americans should leave the Syrian land as soon as the remnants of terrorist activity are completely eliminated there - and before that there is not a long time left
- Interfax quotes Lavrov. 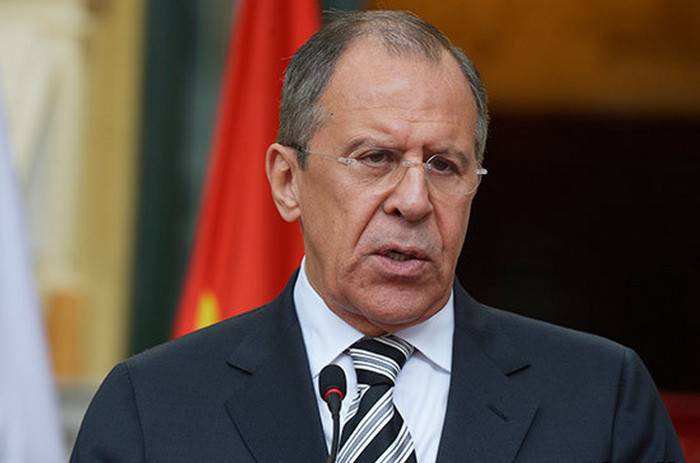 He also noted that the words of US Secretary of Defense James Mattis about the US intention to stay in Syria until "achieving progress in a political settlement" are surprising.

As if Washington has appropriated the right to determine the degree of such progress and wants to keep part of the Syrian territory, until it reaches the desired result. So things are not being done ... The UN Security Council did not authorize the activities of the United States or the coalition they led in Syria, and the legitimate Syrian government also did not invite them
- the minister added.

Earlier, the General Staff of the Armed Forces of Russia said that the international coalition led by the United States does not seek to destroy the Islamic State terrorist group * (Forbidden in Russia)

December 16 in the Ministry of Defense said that the US coalition uses a refugee camp in the Syrian province to train militants.