December 29 2017
90
How to win in strategic chess from Putin? The key cities through which the NATO “queen” will pass are the Polish Gdansk and the Russian Kaliningrad. 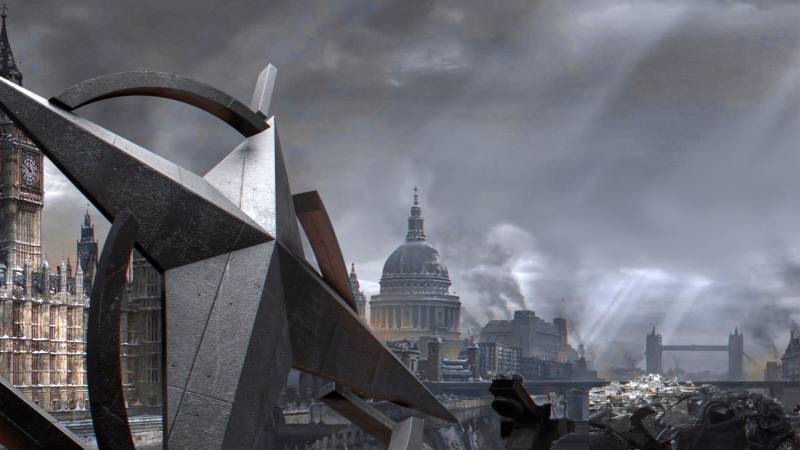 Chess game On one side of the board are Russians, on the other is NATO. On the strategy of the party told on the site "National Review" Jerry Hendrix.

In a chess game with Putin, the Polish city of Gdansk is the queen of NATO, the author says. When Russia invades the Baltic Sea, Gdansk will be the key to NATO’s response.

Wait a minute! Will intrude? Yes, Mr. Hendricks is sure: Putin "is playing a giant chess game with NATO, and his next step is an invasion of the Baltic countries."

When "this happens," the analyst continues, the United States will need to "quickly transfer" its armored personnel carriers "to Europe through Poland."

Hendrix is ​​“understandable” that Putin’s “great strategy” is to restore the “Russian empire to buffer states.” This is a “vain attempt to satisfy the cultural paranoia of one’s country,” based on the thesis of a threat from “external invaders”.

Putin "can afford to be patient," the author believes. Until now, Putin has been doing "everything he could," managing to "not provoke a NATO response."

“All that he could,” according to the author, is “the struggle against the West in the cyber, economic and military spheres”. But now it’s not clear whether Putin will use “the same tactics for a direct attack on NATO, or simply switch gears and use large-scale Russian military exercises like the“ West 2017 ”held this year as a launching pad for higher-level combat.”

In any case, when the Kremlin’s master takes his step, NATO members “will be difficult to answer,” the analyst is sure. The Alliance underestimates its defense. Many states, instigated by their own internal pressure, as well as “at the urging of President Trump,” are now spending more on defense, but here's a simple fact: they have been doing this for a very short time, and it will be difficult for them to give any quick response in the event of an attack. Many countries “destroyed entire segments of their armed forces, from tanks to submarines and anti-submarine patrol aircraft, ”the author recalls. Many countries “no longer have a viable domestic defense industry,” which is necessary for victory in a modern war. In addition, the United States, which has long been the “strongest member of the alliance,” has for years removed the “vital forces” from Europe. At the end of the Cold War, the United States had 14.000 main battle tanks and more than 300.000 troops in Europe. In 2013, at the beginning of B.H. Obama's second term, the last of these tanks left Europe.

The picture began to change towards the end of Obama’s second term, “after the illegal occupation of Crimea by Putin and the war with Ukraine,” Hendricks writes. At that time, "it was decided to send military brigades" to Europe "on a rotational basis." This means that none of them should be permanently located on the continent.

All this suggests that the journalist continues that during the coming “Putin’s invasion of the Baltic countries,” the US will need to deliver “armored troops, as well as other ground combat units to Europe across the Atlantic.”

Poland would be an ideal place to deploy forces. The port of arrival would be a deep-water port in Gdansk, close to “the Baltic front”.

However, this is where the problem lies.

Currently, the United States, Hendricks writes, cannot deploy its troops in Poland. After the “collapse of the Soviet empire,” the author continues, Russia has retained a “rudimentary bastion” cut off from the rest of Russia “in the narrow triangle between Poland and Lithuania.” This is Kaliningrad.

Putin installed C-400 and Iskander missiles at the military base there, the analyst notes. Russian missiles "can neutralize air and ground" units of NATO. The US Navy will not be able to go beyond Copenhagen in the Baltic Sea. This is far from Gdansk. As a result, American forces would land in France or in Belgium. Then they would have to travel to destinations by rail. In this way, the transportation of troops “across the continent” would be carried out. Whole weeks will go to the movement of military forces! And all this time, the “invading Putin forces” will be able to do their job and “establish a new status quo in the region,” just like they did in the Crimea.

If NATO and the United States intend to "successfully repel a Russian invasion," Mr. Hendricks develops his mind, NATO must plan an operation in Kaliningrad: this boil, this "Putin's bubble" should "burst." Maintaining access to the main ports of the Baltic States and Poland should remain "NATO's high priority in the event of war with Russia."

But how to achieve this?

This can be achieved only with the help of fire superiority: you need to use missiles that can strike at Kaliningrad during the campaign, which will force Putin’s forces to spend their ammunition faster than he can recover them. American missiles can be launched from small, high-speed ships, from diesel submarines that can safely operate at shallow depths. You can also use advanced fifth-generation aircraft to strike, which can escape from the C-400 response and operate within Putin’s “bubble”.

If Kaliningrad can be neutralized, the Allied forces will be able to transfer equipment and people to the port of Gdansk. And this will be "a key factor in the success of NATO."

Gdansk is an industrial port of exceptional importance. Its numerous moorings are filled with large large-capacity cranes, which daily unload hundreds of tons of cargo destined for European markets. The density of berths and cranes in the port will allow American ships to unload at an accelerated pace and quickly leave - before Kaliningrad replenishes its reserves and responds.

Gdansk is close to Lithuania, Latvia and Estonia, which will allow American ground forces to "immediately move towards the achievement of their strategic goals."

Conclusion analyst: maintaining access to the main ports of the Baltic States and Poland "should remain the highest priority of NATO in the event of war with Russia." When Putin “comes” (and he “intends” to come, Hendrix believes), the allies will have to “respond quickly” so that he cannot “strengthen his conquests” and would not put the alliance before a fact.

In the chess game, which Mr. Hendrix tried to paint (but not play), we see two queens: Gdansk (NATO figure) and Kaliningrad (Russian figure). Apparently, Putin plays white in this game, since the analyst assigns him the role of attacking force - the force that will deliver the first blow. NATO will play black and defend.

The coming clash of two giant armies for Hendrix is ​​not a guess. Instead of “if,” he says “when.” For Hendrix, Putin’s attack is only a matter of time. The alliance should be ready for this point "X".

However, the analyst does not determine the date of the “invasion” of the Russians. Apparently, not all the data collected.

Observed and commented on Oleg Chuvakin
- especially for topwar.ru
Ctrl Enter
Noticed oshЫbku Highlight text and press. Ctrl + Enter
We are
Nuclear submarines - America's new aircraft carriers? ("The National Interest", USA)"Iron Jerry Rawlings": The author of the prosperity of Ghana and the man who supported Russia in the Crimea
Military Reviewin Yandex News
Military Reviewin Google News
90 comments
Information
Dear reader, to leave comments on the publication, you must to register.