Poroshenko said, who wants to change the Russians convicted in Ukraine

December 28 2017
66
More than 15 citizens of Russia convicted in Ukraine should be exchanged for director Oleg Sentsov and other Ukrainian citizens who are in Russian prisons, reports RIA News statement of Petro Poroshenko. 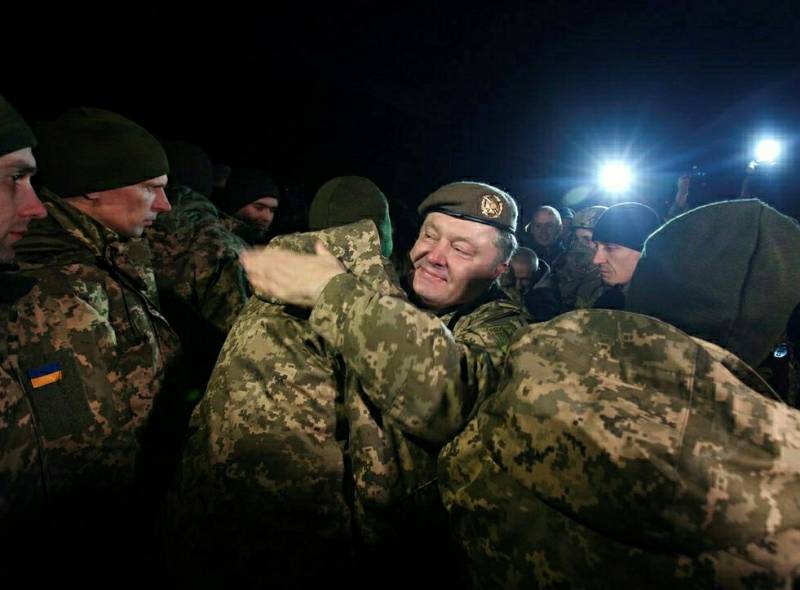 More efforts will be made to pull our citizens out of Russian prisons, from the Crimea ... - and for this we have not given a single Russian today. And more than 15 citizens of Russia, who are in our prisons, should be sent to Sushchenko, Sentsov, Kolchenko, Klykh, Karpyuk and many others to return home
President said Ukrainian edition of Strana.ua.

Recall, the Ukrainian director Oleg Sentsov was sentenced in Russia to 20 years of imprisonment for organizing terrorist acts in the Crimea. Along with him, his accomplice, Alexander Kolchenko, was sentenced, and he was sentenced to 10 years in prison.

In May 2016, members of the UNA-UNSO (banned organization in the Russian Federation) Nikolay Karpyuk and Stanislav Klykh were sentenced to long prison terms by the Supreme Court of Chechnya.

Ctrl Enter
Noticed oshЫbku Highlight text and press. Ctrl + Enter
We are
The detained "journalist" Suschenko turned out to be an officer of the Ministry of Defense of UkraineUkrainian director Sentsov in Rostov-on-Don sentenced to 20 years in prison
66 comments
Information
Dear reader, to leave comments on the publication, you must to register.