Applause to Mr. Trump: he will arm Kiev and crush the Russians with new sanctions!

December 28 2017
63
The Trump administration was praised by both leading American parties. The praises are sung to him by both Republicans and Democrats. Trump is praised even by his former opponent McCain. On the "bipartisan praise" for the new sanctions issued by Russia, the channel said Fox News. 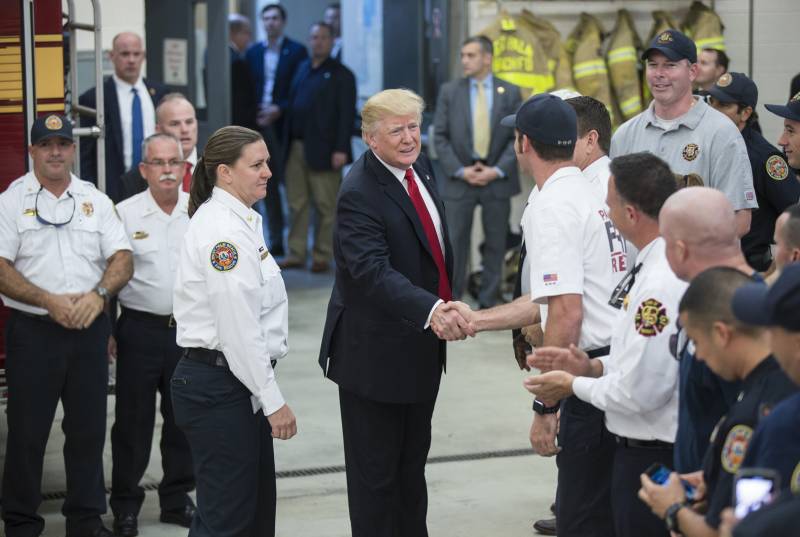 There are democrats who sincerely praise the Trump administration for the formation of new sanctions "against Russian and Chechen officials." The sanctions were issued “for alleged corruption and human rights violations”.

2017 started the year with information about Trump's conspiracy with the Russians, and it ends with an “unexpected plot twist”: the Trump administration “cracks down on Russia” on several fronts at once, which was appreciated even by some of the president’s most critical opponents.

The Trump administration has demonstrated its willingness to "challenge Russia" and do it with such force that even Barack Obama avoided when he was president.

Trump administration approved deadly supply plan weapons Ukraine. The new weapons include the American Javelin anti-tank systems, which Kiev wants to use "to protect against separatists supported by Russia in the east of Ukraine."

Earlier this year, the State Department and the Pentagon signed an agreement. State Department spokesman Heather Nauert made a brief statement, stressing that US aid to Ukraine "is exclusively defensive in nature."

Last week, the Trump administration imposed sanctions on five Russians. These people came under sanctions in accordance with the "Magnitsky Law", adopted by Congress in 2012 year. Under sanctions, among others, the head of Chechnya, Ramzan Kadyrov, who, according to the US Treasury, controls "disappearances and extrajudicial executions" and is believed to have "ordered the killing of one of his political rivals," pleased.

All these decisions of the Trump administration were praised by the very legislators who had often criticized Trump before. For example, Senator Ben Cardin spoke in support of Trump, who fully endorsed the decision on the supply of American weapons to Ukraine. “This is a clear message to Russia,” he said. No compromise on Ukraine’s sovereignty is possible, and the United States “was important to inform Russia that we would support Ukraine’s ability to defend itself,” Mr. Cardin said.

Senator John McCain also made a statement in which he indicated that this action by the Trump administration is a "significant step in the right direction", albeit belated.

In the American establishment, something like political harmony is established. This is not surprising: sooner or later, supporters of the arms race (McCain, his Senate friends and President Trump) had to come to terms.