December 28 2017
67
Lieutenant-General Alexander Leonov, commander of the military air defense of the Armed Forces of Russia, said in an interview "News" about the actions of the Russian calculations of anti-aircraft missile systems in Syria. According to General Leonov, the C-300B4 air defense system was forced to repeatedly take on escort American reconnaissance planes, as well as bombers from the so-called American coalition.


Alexander Leonov notes that the American pilots “rather nervously” reacted when their planes turned out to support the C-300 air defense system at a distance of 200-300 km.

From the statement of the Russian general:
To expand the control zone of airspace in eastern Syria, to prevent attacks aviation the enemy at the Khmeimim airfield and the logistics base Tartus in October 2016, the S-300B4 air defense division took up combat duty in the designated area. During the performance of combat missions, strategic reconnaissance aircraft and US Air Force bombers were repeatedly detected and taken for automatic escort. Goals were discovered and followed steadily.

According to General Leonov, in the summer of this year, the C-300B4 division’s equipment, together with the personnel, returned to the points of permanent deployment. 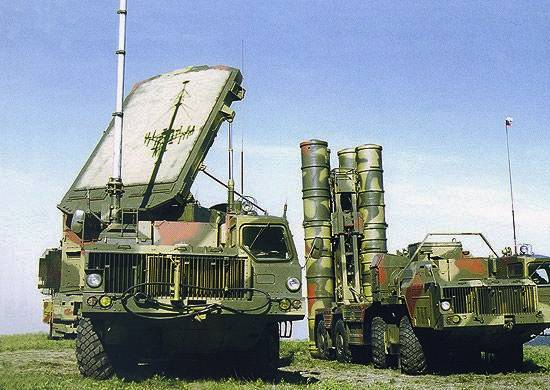 Recall that on the eve of the militants tried to "feel" the situation in the province of Latakia, carrying out a rocket attack on the Russian airbase Hmeimim and attack on the position of the Syrian government forces in the north of the province. The missiles launched by the militants were successfully intercepted by the Pantsir air defense missile system. At the moment, the offensive of the so-called "Syrian Free Army" is stopped.

Ctrl Enter
Noticed oshЫbku Highlight text and press. Ctrl + Enter
We are
The situation in Syria on Google Earth satellite imagesThe deployment of "Anteev" in Syria indicates a preparation for provocations that could develop into a major conflict
Military Reviewin Yandex News
Military Reviewin Google News
67 comments
Information
Dear reader, to leave comments on the publication, you must to register.