Fight in the Polish swamp 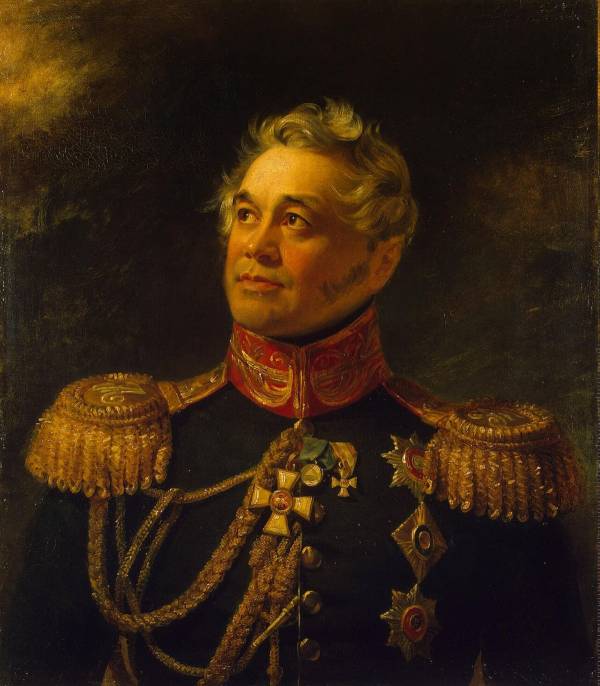 Portrait of Alexei Shcherbatov workshop of George Dow. For courage in the battles of Golymin and Preussis-Eylau, he was awarded the Order of St. George of the IV degree


In the battle with the French at Golymin, which took place on December 26 of 1806, the Russians were greatly helped by the peculiarities of the Polish landscape.

By diplomatic means to limit Napoleon’s conquering plans and his desire to “cut and redraw the map of Europe as he wishes,” Russia, like other European states, did not have the opportunity.

The only way to stop the French aggression was military action. The formation of anti-French coalitions, which took place before Napoleon became the sovereign ruler of France, was continued in subsequent years, and Russia was a full-fledged participant, with the exception of the fifth, of all coalitions.

In the war of the Third Coalition, Russia suffered great losses (the battle of Austerlitz), but continued the war against the greatly strengthened France as part of the Fourth Coalition, which also included Prussia and Great Britain.

In October 1806, at the battle of Jena and Auerstedt (Thuringia), Corsican troops easily defeated the Prussian army, frozen "in the forms bequeathed by Frederick the Great", after which the hostilities were moved to the east.

Napoleon's army was strengthened; in December, 80 of thousands of recruits joined it, which they quickly equipped and sent to East Prussia. Napoleon was looking for a general battle with the Russians, but instead there were battles with separate units. December 24 - a battle near Charnov, December 26 - two battles at once, near the city of Pułtusk and at Golimin.

As the historian Jean Toulard, the theater of war, who was expecting Napoleon, “did not match his genius or the conditions in which the Great Army was used to maneuver and fight. In addition, the Russians burned everything during the retreat, which created additional difficulties with food. On the contrary, the Russian army, numerous and stubborn, operated in the geographical and climatic conditions that were familiar to it. Instead of the planned blitzkrieg, the French got stuck in the mud, experienced supply difficulties, suffered from cold and damp, and in the rear areas were subjected to indiscriminate attacks by Prussian partisans. ”

It was difficult for Napoleon to understand the situation, he made a mistake by deciding that the main forces of the Russians were located in Golymin, while they were at Pultusk. He sent Marshal Lannes to this town with an 20-thousand army, and three corps under the command of Augereau, Davout and Soult, with a total of 38 thousand men, were sent to Golemynu.

Russian detachments took up a position in front of Golymin, covered by a bend of a swampy river, the left flank was the Kostroma Infantry Regiment under the command of Prince Alexei Shcherbatov, the right flank - three squadrons of the Pskov Dragoons and the Order of the Cuirassians. In the center is the Dnieper Musketeers and the Tauride Grenadiers, the regiments reinforced by dragoons and cuirassiers. The first strike was taken by the Kostroma regiment, Prince Shcherbatov, in order to maintain the fighting spirit of the soldiers, among whom there were many recruits, he himself took the regimental flag, and restored the quivering system.

The French tried to seize our artillery, which inflicted heavy damage, however, this did not succeed in making the body of the Augereau. Marshall notes that "the Russian canister and impassable swamp forced the division to retreat."

At three o'clock in the afternoon, detachments of Count Palen and Chaplits came to the aid of Golitsyn and Dokhturov, fresh forces helped restrain the advance of the French, who were joined first by Davout corps, and later by Soult corps along with Napoleon.

Fights were transported to the streets of Golymina and turned into desperate melee fights. The Russians managed to carry out an organized retreat and escape from the superior enemy forces. In this battle, the loss of the Russian side amounted to about a thousand people, the French about the same.

The hopes of Napoleon in the encirclement and destruction of the Russian army under Golymin and Pultusk were defeated.

Ctrl Enter
Noticed oshЫbku Highlight text and press. Ctrl + Enter
We are
1807 campaign of the year: the battles of Guttstadt and Heilsberg“What courage!” As Napoleon’s army nearly defeated at Preussish-Eylau
19 comments
Information
Dear reader, to leave comments on the publication, you must to register.