Scratch Russian and you will not find a Tatar 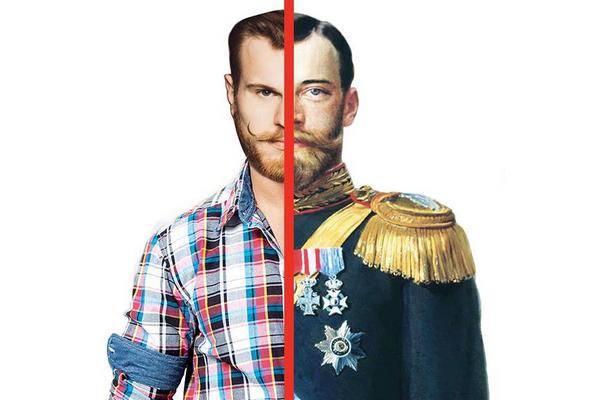 Did the neighborhood with the Türks and Finno-Ugrians affect the gene pool of the Russian nation, where humanity originated from, is there a danger when forming the genetic database?

The correspondent of the Russian Planet spoke with Konstantin Perfiliev, general director of DNA Heritage, and Haris Mustafin, scientific director of this company. The main occupation of DNA Heritage is the determination of the historical origin of a person using genetic research, which is carried out in the Laboratory. historical genetics, radiocarbon analysis, and applied physics created on the basis of the MIPT Genomic Center. At the same time, employees of the company are engaged in purely scientific work, they study the DNA of ancient and medieval people.

Russian Planet (RP): Please tell us about the scientific work carried out by laboratory staff.

DNA Legacy: Historical genetics, firstly, examines the modern human genome, which allows you to look into the past and determine how people settled on the earth and migrated at different periods of history, secondly, it deals with archaeological artifacts, DNA extraction and the study of the ancient genome person in order to obtain information about the origin of people living in certain regions.

If we take the middle zone of Russia, which is primarily included in the zone of our scientific interests, then we should say that experts believe that the middle zone of Russia is an extremely complex climatic zone for the preservation of DNA in archaeological artifacts. In conditions of changes in humidity, temperature, a deep degradation of DNA occurs, this leads to the fact that it is very difficult to isolate archaeological DNA, and then to obtain reliable data on the human genome.

We are actually the first in the country to develop a technology for isolating the DNA of people of the Russian Middle Ages and fully implement the methods for its decryption. We get reliable reproducible results. The main element of this technology is a system for protection against contamination, i.e. falling into the ancient, studied material particles, distinguished by contemporaries. Due to this, the uniqueness and reliability of the results of the study is achieved.

RP: What do similar studies give to a contemporary?

DNA Heritage: Understanding what the real story was. Now we are working with archaeological artifacts of ancient Yaroslavl, which was destroyed at the beginning of the XIII century, and the rich population of the city was killed. Chronicles did not retain mention of this event. As a result of archaeological excavations in Yaroslavl, places of mass graves of people were discovered. We have the opportunity to establish family ties between them, we analyze the haplogroups, haplotypes, which in turn allows us to determine the origin of people whose remains were genotyped.

Studies have just begun and for the unambiguous conclusions of the results is not enough, but so far we see that there are no representatives of the local population, the Ugrian tribes Mary and Chud, among the citizens. In the future, we will study the country mounds of the early Christian period, let's see what the results of genotyping there will be. If we determine that the local population differs significantly from the one that lived in the city, the mechanism of the birth of cities will be more clear, it will become clear that squads came along the rivers, put up a fortress, then farmers, bread-growers went to the outpost, created a settlement that interacted with the local population, with other cities, there were trade routes. This will allow us to clarify some details of the appearance of cities, principalities and the whole of the Old Russian state. We are already interacting with historians who are very grateful to us for the results presented.

RP: Can it help in determining how the Russian ethnos was formed, not even Slavic? There is an opinion that the Russians are not pure Slavs, but a mixture with the Finno-Ugrians. What do genetic studies say about the “composition” of Slavs and Russians?

DNA Heritage: Who is a Slav from the point of view of the gene pool is a very difficult question. For example, the Slavic haplogroup R1a is very common among Tajiks and Turks who are not Slavs. How to treat this? The fact is that the concept of a haplogroup determines the presence of a common ancestor in those who belong to it in the distant past. Nationalities were formed much later and therefore in any national group includes representatives of different haplogroups. When people talk about the “Slavic” haplogroup, they usually single out that haplogroup that prevails among representatives who identify themselves with the Slavic ethnos. However, it is important to emphasize that without a genetic study of a specific person, an unequivocal conclusion about the connection between his haplogroup and his nationality cannot be done; one can only speak about statistical data. Indeed, Russians include representatives of a number of haplogroups, among them most refer to the haplogroup R1a, which is very often found among the Slavs, in second place are the representatives of the haplogroup N1a (according to modern classification), among which the majority of the peoples of the Finno-Ugric language group (but not only). 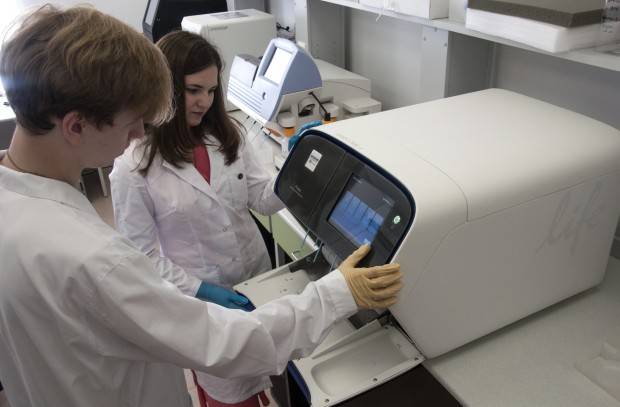 RP: These concepts have not yet formed?

DNA Heritage: Now there is a process of developing statistical information, and it should be understood that the concept of a haplogroup is used primarily for population-based research that reveals how groups of people with a common ancestor are resettled in the population.

RP: Ie DNA and blood are not the main criteria for determining nationality?

DNA Heritage: Blood is an indicator of the history of the group of people who had common ancestors. History of migrations around the planet, lifestyle, indicates the landscape of residence, food and economic management system.

RP: Even on the economic system?

DNA Heritage: Of course, for example, in the Crimea, from time immemorial, fishermen and herders lived nearby, but the analysis of the Crimean gene pool shows large differences between very close neighbors. The population living in the coastal zone has a different haplotype than nomads, who live nearby in the steppe. They have gastronomic preferences, the first ate mostly seafood, the second - with meat. They have a different lifestyle. Mixing between them took place, but the features still remained.

RP: Ie with absolute accuracy to say what a person of nationality, it is impossible?

DNA Heritage: When genetic research becomes more extensive, when more people are progenotyped, and new subclades are opened (subgroups), then it will be possible to drill down, get closer to the characteristics, and say that some kind of subclause is characteristic of such then the people. At this stage, the definition of nationality is made approximately. Tajiks also have a haplogroup R1a, but the subclade is different. Those. Russians and Tajiks had a common ancient ancestor, but then a separation occurred.

Science does not stand still, new subclades are opened and refinement is taking place. The haplogroup R1a is known to have an Asian subclade, Indian and European.

R1a is a macrogaplogroup covering both Hindus, Tajiks and Russians, but if you turn on the microscope, you will see the subclade M458, typical of the Russian plain, for the Slavs. The more contemporaries will be progeny-type, and new subclades are opened, the greater the likelihood that a little branch will be opened, which will characterize, say, Ukrainians, Belarusians or Poles. Gradually, we will come to this detail.

RP: But to some extent, modern research already allows delineating the boundaries of nations?

DNA Heritage: If we talk about the Russian people, it is Russian precisely on a national basis. From the point of view of the gene pool, its composition is as follows: on the 1 site, the representatives of the haplogroup R1a, on the 2 st N1a, on the 3 st I, then R1b. This indicates the rich history of the land on which so many representatives with different ancestors live. When people have different origins, live on the same territory, they interact and enrich each other.

If in the area of ​​residence of R1a there is a steppe and forest-steppe, then N1a are forests, taiga, and border forest-steppe. There was a union of peoples who lived for a long time nearby. This happened 3 thousands of years ago. Later, on the basis of them formed the Russian people.

RP: Returning to the question of the origin of the Russians. There is a fairly common misconception that the Mongol-Tatar yoke quite strongly influenced the gene pool of the Russian nation. And since the times of the historian Karamzin, the proverb “Scrape the Russian and find the Tatar” goes on, how much does this statement correspond to reality?

DNA Inheritance: Three aspects can be distinguished here, the first by gene pool. Studies have been conducted, looking for the presence of Mongolian genes in Russian. In the Asian part of Russia, from the shores of the Pacific Ocean to the Urals, the Russian population has 3% of such genes. From the Urals to the Volga - 0.5%. From the Volga to the West - is absent.

Now we look from the other side. Mongolian traces of Slavic blood, which could appear as a result of the capture of the Russians, were also not found. Not observed in any form. This suggests that Mr. Karamzin, being an excellent writer, wrote a story that has little to do with written sources that were before him and with the results of naturally scientific research of our days.

Read the interview with representatives of DNA Heritage in the near future.

Ctrl Enter
Noticed oshЫbku Highlight text and press. Ctrl + Enter
We are
About Russian losses, the lies of the "liberals" and the truth of the exact sciencesRussian genetic map
225 comments
Information
Dear reader, to leave comments on the publication, you must to register.