December 27 2017
13
Military transport aircraft An-26 Baltic fleet made a test landing at the military airfield Morskoy aviation Chkalovsk in the suburbs of Kaliningrad, where work is underway to modernize the air harbor, said on Wednesday spokesman for the fleet Roman Martov.

An-26 successfully performed a test landing and takeoff from the updated runway of the airfield. In addition, when making a flight over it, the work of the newest radio equipment of the airfield, navigation equipment
- he said. 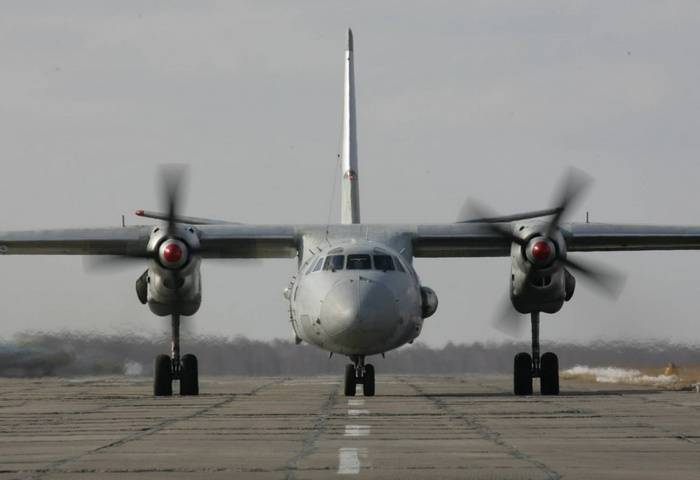 The multi-purpose fighters Su-30SM Naval aviation of the fleet were also involved in the overflight of the strip and the airfield.

Work on the modernization of the airfield Chkalovsk began at the end of 2013 year. The existing runway and taxiway coverings have been replaced. At the same time, the runway itself is extended to 500 m - to 3 100 m, which allows you to receive aircraft of any class, said Martov.

Also, new buildings and structures were built there to provide flight guidance, as well as aircraft landing areas, modern communication lines and power lines were equipped, and the drainage and drainage network was updated. The airfield of the reconstructed airfield is equipped with modern light markings and radio equipment.

The reconstructed airfield Chkalovsk is scheduled to be commissioned in the first half of 2018.
- reported the representative of the fleet.