Lithuania is going to rename Georgia. "To not like in Russia ..."

December 27 2017
73
By their own centenary of “restoration” of the Lithuanian statehood, official Vilnius plans to make non-material gifts to the partner countries. Among these are Georgia, whose name Lithuanian experts have been trying to change on their maps and in their documents for about ten years, stating that “Georgia” is the “Soviet version” that the current Georgian authorities are asking not to use. 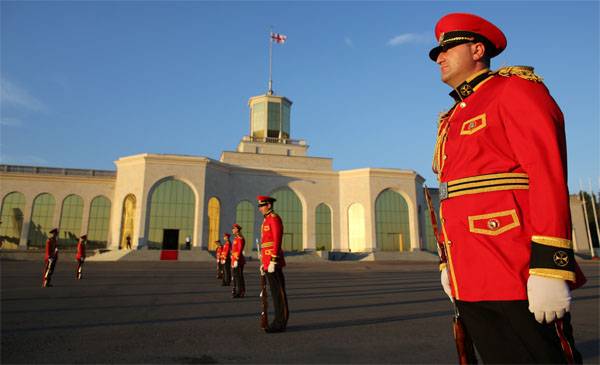 Earlier, during his visit to Vilnius, Georgian President George Margvelashvili asked the Lithuanian authorities to call his country “Georgia” or “otherwise historical bias. " Margvelashvili noted that the new name for the country "will exclude interaction with Lithuania through the Russian vector."

For reference: Sakartvelo is derived from the name of the historical region of Georgia - Kartli.

Today in the world as a whole, they have not decided how to call Georgia. In many languages ​​of the countries of the world, it still remains Georgia, in others - they managed to change the option to “George” (“Georgia”).