In Kiev, they want to give Poroshenko the right to single-handedly impose EU-approved sanctions

December 27 2017
16
The draft law, which authorizes the head of state alone to decide on the use of restrictive measures, if they were previously approved by the UN or the EU, has been submitted to the Ukrainian parliament. 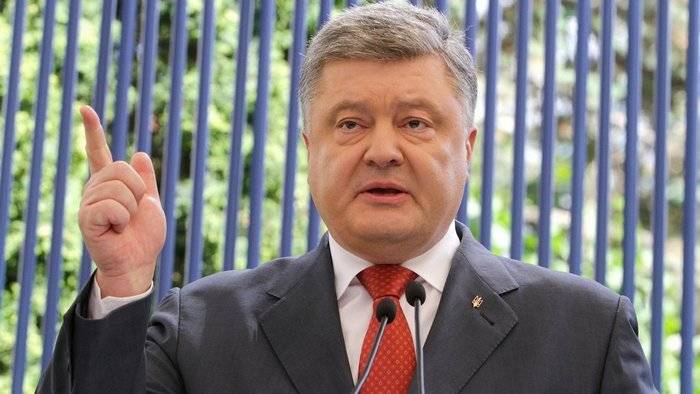 If the General Assembly, the United Nations Security Council, the Council of the European Union have decided to impose sanctions to protect the national interests, national security, sovereignty and territorial integrity of Ukraine, the president of Ukraine alone decides to apply similar content sanctions within one month from the day they are applied
- says the text of the bill, published on the website of the Verkhovna Rada.

It is also proposed to give the right to impose sanctions on the Ukrainian parliament.

According to the draft law, if the decision on restrictive measures is taken by the NSDC, then it is enacted by presidential decree. Today, this also requires a special resolution of the Verkhovna Rada, adopted by the deputies during 48 hours after the president signed the decree, reports TASS

Ctrl Enter
Noticed oshЫbku Highlight text and press. Ctrl + Enter
We are
How Gozman woke up Yarovaya. About a possible article "Rehabilitation of Nazism" and the reaction to it
Military Reviewin Yandex News
Military Reviewin Google News
16 comments
Information
Dear reader, to leave comments on the publication, you must to register.