December 27 2017
28
The Ukrainian military, while testing the Alder missile system, shelled the territory of the Black Sea Biosphere Reserve, which is under the protection of UNESCO. This was reported on Wednesday by UNIAN agency with reference to the findings of the experts of the Ecology-Law-Man Foundation. 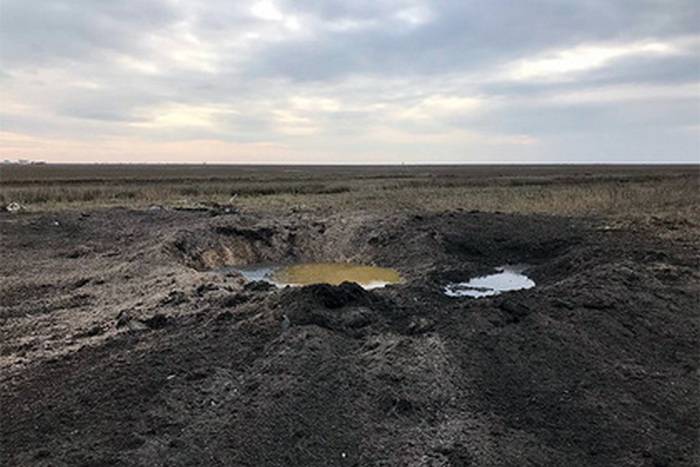 Contrary to NATO standards, another shelling of the territory of the Black Sea Biosphere Reserve, which is protected by UNESCO, took place
- noted in the message. According to them, "tested a new rocket for the salvo system." Ecologists clarify that the explosions were recorded on the territory of the “White Kuchugurs” tracts on the Tendra Spit. This zone is already 90 years biosphere reserve, which implies the most stringent environmental regime. And in 1984, he became the first reserve in the USSR, taken under the protection of UNESCO.

Yury Biryukov, adviser to the president of Ukraine, published information about the tests on his Facebook page, adding that the next exercises will take place in the same March area of ​​2018.

Arrivals of military equipment and explosions of large-caliber missiles in this territory are unacceptable.
- emphasize environmentalists. -
The protection regime of the reserve zone excludes even approaching its shores and being located to individuals (except reserve workers). "The fund indicates that the actions of the Ukrainian military are" intentional damage to the natural reserve fund, and therefore qualify as a violation, the responsibility for which is provided for in Article 252 Criminal Code of Ukraine

25 December was reported on the successful testing of the Alder rocket complex. Following the results, President of Ukraine Petro Poroshenko on Twitter noted that “all four missiles hit the target,” and “high-precision missile hits are a weighty argument for deterring the Russian aggressor.”

Ctrl Enter
Noticed a mistake Highlight text and press. Ctrl + Enter
We are
Weekly summary (30 January-5 February) on the military and social situation in the DPR from the military officer "Mag"
28 comments
Information
Dear reader, to leave comments on the publication, you must to register.