December 27 2017
32
The head of the State Space Agency of Ukraine (SSAU), Pavel Degtyarenko, revealed the details of the cooperation between the design bureau Yuzhnoye and the Yuzhmash plant with the North American company Maritime Launch Services (MLS) on the development of the Cyclone-4M medium rocket. 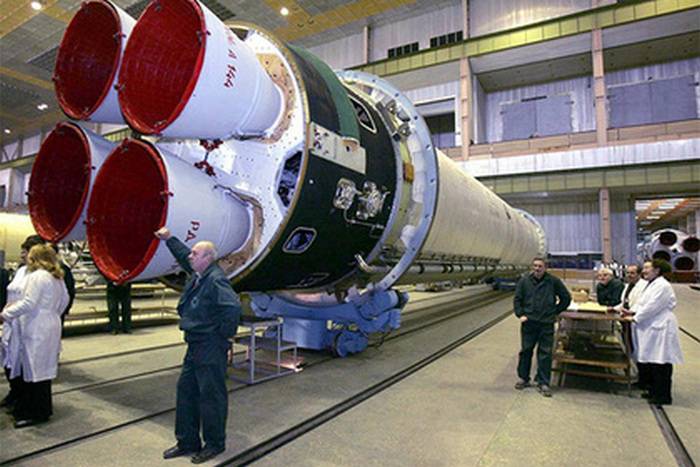 According to Degtyarenko, who previously held the position of chief designer of Yuzhny, the design of a two-stage carrier involves the use of developments obtained in the implementation of Cyclone-4. In particular, the second stage of the new rocket will be created on the basis of the third stage and the head unit. It also assumes the maximum use of existing rocket engines, primarily the RD-861K, which was planned to be installed on the third stage of the Cyclone-4.

Such an approach will allow the launch of new missiles as soon as possible at Yuzhmash, Degtyarenko notes.

Given the commercial nature of the project, it does not provide state funding from either Ukraine or Canada.
- he declared.

The head of the GKAU also indicated that “enterprises of the space industry of Ukraine completely ceased cooperation with enterprises of Russia in the areas of military and dual-use products” and continue “actively working to reduce the share of imports of components to the country's rocket and space technology”. He noted that in 2017, 51,5 percent of the products of enterprises in this industry were exported, while the 93 percent fell to the European Union, the USA and a number of other countries.

In the spring of 2017, it became known that MLS plans to launch modified Cyclone-4 Ukrainian rockets from the Canso-Hazel Hill site under construction on the Atlantic coast (Nova Scotia, Canada). The construction of the cosmodrome, a modification of the Cyclone-4 and the first launch of the Cyclone-4M in the 2020 year are estimated at 240 million dollars. By 2022, MLS plans to hold eight starts each year.

Earlier, the Cyclone-4 project was developed by Ukraine in cooperation with Brazil. The program, according to the assurances of the Ukrainian side, completed on 90 percent, was curtailed in 2015, reports "Lenta.ru"

Ctrl Enter
Noticed oshЫbku Highlight text and press. Ctrl + Enter
We are
Who gave the North Koreans engines for missiles? Versions: from "Yuzhmash" to the KremlinProject Falcon 9. Successful landing of the first stage and market prospects
Military Reviewin Yandex News
Military Reviewin Google News
32 comments
Information
Dear reader, to leave comments on the publication, you must to register.