The United States refused to conduct intelligence activities in the SAR, together with Russia

December 27 2017
19
The US military refused the offer of the Russian Defense Ministry to conduct joint intelligence activities in Syria, reports Interfax report of the Chief of the General Staff of the Armed Forces Valery Gerasimov. 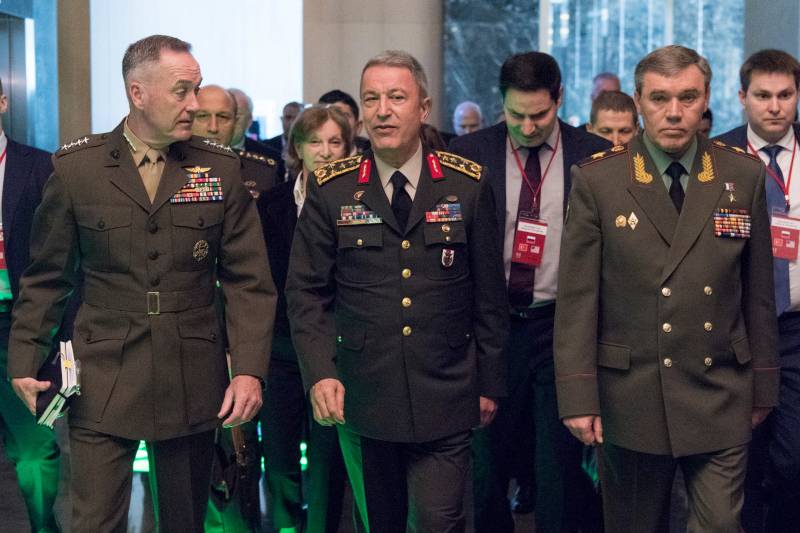 Our proposals on the organization of joint planning, reconnaissance, the destruction of terrorists, stumbled upon misunderstanding, refusal ... We didn’t see their desire to interact,
said Gerasimov in an interview with the newspaper Komsomolskaya Pravda.

He noted that "joint planning, striking, conducting operations would be of great benefit."

Recall that the Russian military operation in Syria has been carried out since September 30, 2015. Aviation The Russian Aerospace Forces supports ground operations of the Syrian army. Russia in Syria has an air base at the Khmeimim airport and a naval base in Tartus. 48 Russian troops passed through Syria.

At the end of November, Gerasimov said that after the reduction of the grouping in Syria, there would remain a reconciliation center, two bases and "a number of structures necessary to maintain this situation, which has now been established."

Ctrl Enter
Noticed oshЫbku Highlight text and press. Ctrl + Enter
We are
Reports from the militia of New Russia for 27-28 September 2014 of the year
Military Reviewin Yandex News
Military Reviewin Google News
19 comments
Information
Dear reader, to leave comments on the publication, you must to register.