December 27 2017
6
Japan intends to buy three new military tanker aircraft by 2020. According to the portal flightglobal.com, the US Air Force signed a contract with Boeing for the production of the first KC-46 aircraft for Japan. 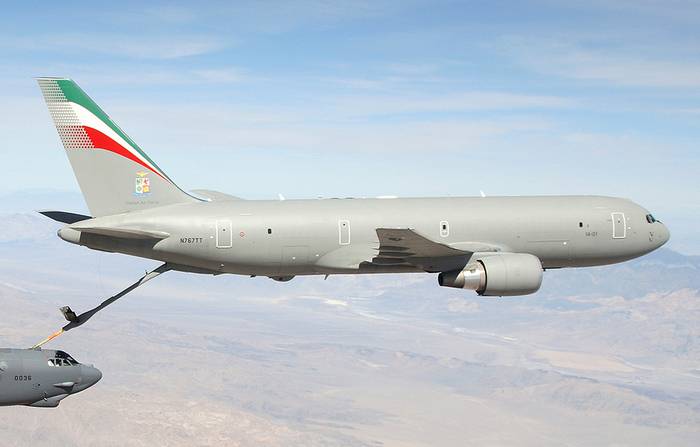 The purchase of the aircraft will be carried out under the program Foreign Foreign Sales (FMS), so the payer under the contract is the US Air Force. Japan ordered the construction of three KC-46 in 2015 year, and their commissioning is planned before 2020 year. According to the contract, the cost of the first aircraft is $ 279 million.

The KC-767 aircraft was built on the basis of the Boeing 767 airliner, which reduced the cost of the military version of the tanker. Low cost has become one of the important factors winning KC-767 in the tender of the US Department of Defense. After the victory of Boeing in the US Air Force competition, the KC-767 aircraft was renamed the KC-46, reports "Warspot"

Ctrl Enter
Noticed oshЫbku Highlight text and press. Ctrl + Enter
We are
Who will outwit someone in a hidden game
Military Reviewin Yandex News
Military Reviewin Google News
6 comments
Information
Dear reader, to leave comments on the publication, you must sign in.