Great and terrible. How in the United States are afraid of Putin

December 27 2017
136
Putin, creating devilish crimes of Stalinist proportions. Putin is a city destroyer. Americans need to be afraid of the "cruel ruler of Russia." So say American analysts. Is the United States so afraid of Putin? 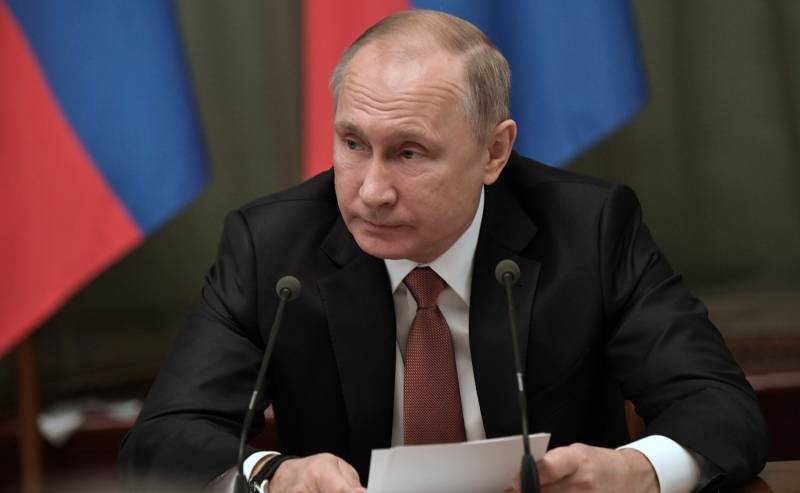 This is discussed in the pages of the American edition of The Trumpet by Richard Palmer.

In its “rating”, Stalin ranks 2 among the bloody mass murderers throughout stories of humanity. But is Putin really doing the atrocities of the scale of this tyrant?

Brian Williams and Stephen Matteo in Real Clear Defense published an article titled "Putin is a city destroyer." There are eight reasons why “Americans (including Trump) should be afraid of the cruel ruler of Russia”. These are the reasons:

Putin worked in the KGB.

He came to power "thanks to the lie."

He "strengthened his power through war, the main purpose of which was genocide."

Putin "systematically suppressed the free press and undermined the foundations of democracy inside Russia."

Then Putin "invaded Ukraine and illegally annexed the Crimea."

Finally, Putin attacked the democratic elections in the United States.

In the future, under Putin, too, everything will go badly: Putin’s policy of confrontation with NATO "may turn into a war."

The article draws a “rather gloomy portrait of a Russian dictator,” the author believes. Undoubtedly, he notes, the years spent in the ranks of the secret police spying on their own citizens have influenced Putin’s worldview. This secret police "arrested, tortured and killed them by millions during the 70 years of the Soviet regime through artificially induced famine, shootings, ethnic cleansing and gulags."

The great article by Williams and Matteo is "an impressive reminder of why America should remain vigilant in its relations with Russia." Therefore ch. Trumpet editor Mr Flurry writes the following about Putin:

“This man is not only an authoritarian leader! He is a vicious, ruthless, vengeful agent, proficient in Soviet methods of psychological struggle, murder and war. As one Russian journalist wrote, “Putin is an enlarged model of the KGB.”

Finally, Putin has “a brutal power and brutal desire to rule the whole world,” he is “a vindictive, cruel friend of the devil who commits a variety of godless crimes.” And Putin’s coming to power in Russia represents "a detailed embodiment of the biblical prophecy that it is just such a cruel person who will lead Russia on the eve of the end of the world."

"It is extremely unpleasant to discuss people like Putin and their atrocities," Richard Palmer sums up. “But we must draw strength and faith in the thought that the Lord controls everything that happens in the world and that He has a plan to put an end to all this evil.”

Western Christmas horror stories about which we already told on "VO", reached a climax. God is called America’s last hope. Only the Lord is able to put an end to the “godless” evil.

The view is amazing. After all, the Americans themselves love to repeat: Hope is not a strategy. There is even a book with such a title: wrote Rick Page, published in 2001 year.

Hope is not a strategy. It turns out that the US has no strategy against Putin.

Observed and commented on Oleg Chuvakin
- especially for topwar.ru
Ctrl Enter
Noticed oshЫbku Highlight text and press. Ctrl + Enter
We are
Results of the week. "Who you are lucky, in fact, and will carry a cock, and such a bird as you, I, too, will rush!"
Military Reviewin Yandex News
Military Reviewin Google News
136 comments
Information
Dear reader, to leave comments on the publication, you must to register.