December 27 2017
99
The celebration of the centenary of the security organs is over. As always, there were a lot of congratulations from officials and non-officials. There were employee awards. There were festive events in the units. It was all that is necessary in such cases. 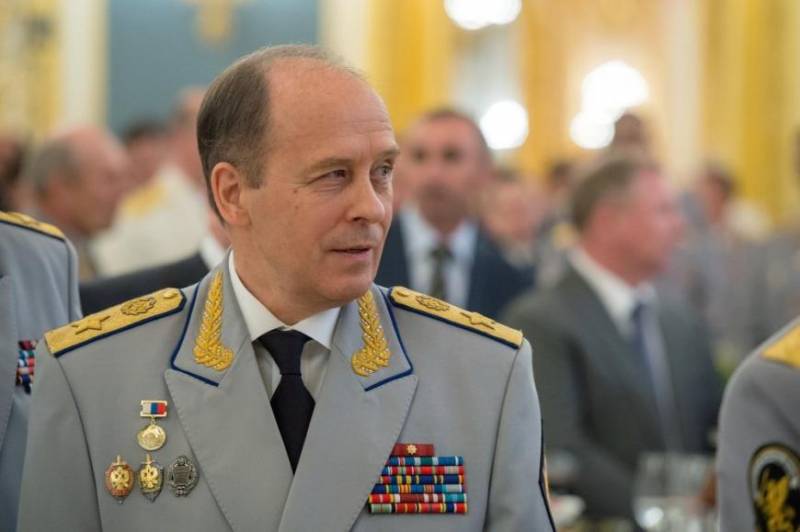 And, as often happens, against this background, an imperceptibly important event passed unnoticed. FSB Director General of the Army Alexander Bortnikov gave an excellent interview to the “Rossiyskaya Gazeta” about the path that the department had taken during those hundred years.

The interview is interesting. And it’s interesting not so much as a story about the organization of the special service, about the goals and tasks of the Chekists in different periods of the life of the Soviet state and modern Russia, as with a multitude of figures that excited the minds of whole generations.

For many decades we have been arguing about the repression of the 30-s. Many readers remember the different-sized figures from various "memorials" and similar organizations. Millions of people shot. Millions of repressed. Millions scared. A terrible picture of the life of the country in the prewar period.

But most importantly, it was impossible to refute or prove the number of repressed people. The specifics of the work of security agencies does not allow open work in the archives. Many materials constitute a state secret so far.

General Bortnikov called the numbers. Those who were interested in a question earlier, these figures know. And for those who are not in the subject, I will quote from an interview: "At the end of 1980-s, the certificate of the USSR Ministry of Internal Affairs from 1954 on the number of people convicted of counter-revolutionary and other especially dangerous state crimes, including banditry and military espionage, was declassified , in 1921-1953 - 4 060 306 people. Of these, 642 980 was sentenced to capital punishment, and 765 180 was sentenced to exile and deportation. All other figures are debatable. "

For a long time the idea was cultivated in the country that the KGB of that time were practically full-fledged masters. In any post-Soviet film about the war or the pre-war years of the USSR, you can see such characters. Honestly, at some time I also believed that the NKVD was omnipotent.

But two thoughts have completely eliminated this confidence. First, why did the omnipotent NKVD so seriously cleaned Beria? And the second: why are many repressed security officers rehabilitated when Khrushchev is not at all fond of the special services? The answer is, again, in an interview with Bortnikov: "In total, 1933-1939 had repressed 22 618 security officers, including the first Soviet counterintelligence officers A. Artuzov, K. Zvonarev, and others. Only in the period of the so-called Yezhovshchina, the composition of the counterintelligence team was updated three times Department of the State Security Directorate (GUGB) NKVD ".

It is clear that, as in other departments, the NKVD had such characters, which are shown by our actors in modern films. Intelligence agencies are made up of the same citizens as other enterprises and organizations. And these criminals have not been rehabilitated. Those whose guilt is proven, have remained criminals.

“At the same time, I don’t want to whitewash anyone. Specific perpetrators of criminal acts among Chekists are known by name, most of them suffered a well-deserved punishment after the removal and execution of Yezhov. A trial was also held stories: during the periods of mass rehabilitation of 1950 and the end of 1980, the sentences in their cases were found to be final and not subject to review. "

The shackles of the past still prevent us from running up to a leap into the future. Any dispute with our foreign "partners" from the former socialist camp necessarily comes to reprisals from us and, as a result, from them. I think the head of the FSB, promulgating many figures, decently kicked all the "fighters against the Soviet regime."

There is another topic that is close to the majority of Russians. This is the theme of the Great Patriotic War. Do not quote the army general, I just can not.

"From the very beginning of the war, all security officers were mobilized. They took part in the fighting consisting of 53 divisions and 20 brigades of the NKVD, separate units and border troops. Only in the battle for Moscow 4 divisions, 2 brigades and a fighter air regiment of the NKVD fought. Our the pilots made more than 2 thousand sorties to cover the Soviet troops and repel enemy air attacks. aviation The NKVD performed flights to besieged Leningrad and provided special communications for the Headquarters of the High Command with the headquarters of the fronts and armies. In 1943, the 70th Army of the NKVD, which became the 70th Army, was included in the Red Army. She went a heroic journey from the Kursk to the capture of Berlin. "

It is clear that the head of the FSB did not voice the answers to many questions about the current state of the organs. As I wrote above, much will be hidden behind the top of secrecy for another decade. Pleased with another.

Probably for the first time an attempt was made to explain to the people some events of the past. An attempt to explain not only well-known facts, but also why much was impossible. Where did party functionaries get piles of gold things. Why the special services of that time could not conduct work against the top of the state.

Bortnikov did not exalt and did not reduce the role of his department in the life of the USSR and modern Russia. And the main thought left at the end of the interview.

"Now the FSB of Russia is free from political influence and does not serve any party or group interests. It builds its work on the basis of the Constitution of Russia and federal legislation."

Ctrl Enter
Noticed oshЫbku Highlight text and press. Ctrl + Enter
We are
Results of the week. "Either true or all is well"Yuri Drozdov: Russia prepared the role of the sacrificial calf
Military Reviewin Yandex News
Military Reviewin Google News
99 comments
Information
Dear reader, to leave comments on the publication, you must to register.