Bloomberg tales of how Russia will fall apart 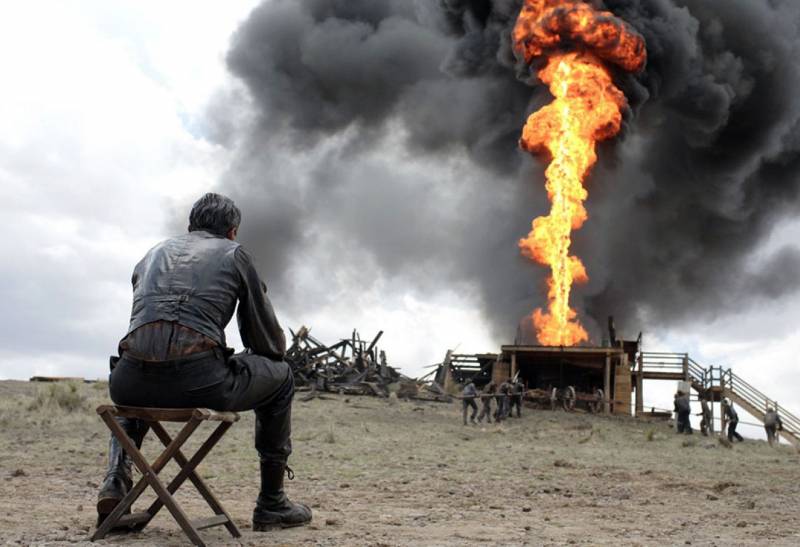 I understand that now, on the eve of the New Year, various forecasts should be considered with a great deal of skepticism. In addition, they are written explicitly on order and no one really cares about their sales. However, one topic that is constantly being thrown into the media is already so fed up that it’s time to put a fat non-original point.

So, in the opinion of the American edition, thanks to the future sharp fall in oil prices, Russia will begin big internal problems. And just at the end of the next presidential term of Vladimir Putin.

Due to the mass production of cheap electric cars, the volume of daily oil production will fall. At the same time, the price of raw materials will remain at $ 50 per barrel. In 2020, the price of oil will drop to $ 40 per barrel by the end of the year. In 2021, the price of oil will fall to $ 20 per barrel, which will most strongly affect Riyadh and Moscow, and Russian unrest will begin to riot. In 2024, the economic crisis will begin in Saudi Arabia, the Middle East will be politically unstable, and in Russia, Vladimir Putin will leave the presidency and try to rule through Elvira Nabiullina, who now occupies the post of chairman of the Central Bank. The price of oil in the meantime will fall to $ 10. In 2028, Saudi Arabia will refuse to create a city of the future, and OPEC will be disbanded.

In general, it seems to me that Americans do not understand the main thing. They still believe that Russia can be brought to its knees with the help of oil prices. Meanwhile, life and statistics have already shown that from the low prices of oil, the states themselves are more likely to bend.

Here is a very interesting graph of the contribution to the change in GDP of its various components:

As we can see, during economic crises, the main factors of GDP growth are becoming the main factors slowing the economy. And since the US GDP every year more and more depends on the level of personal consumption of citizens and the gross investment level, it turns out that first of all it is the United States that cannot afford long economic downturns. Since in this case their entire economic model collapses.

No, if you arrange such a crisis so that everything is bad, and the US is good, that is, a big war in Eurasia, then it is a different matter. But by itself, the crisis today is more dangerous than the States, and every year this danger only grows.

And now a few words about electric cars. Yes, you can indulge yourself with the illusion that oil prices will collapse not due to the global economic crisis, but for other reasons. For example, due to the introduction of electric vehicles, energy saving, wind turbines and the installation of solar panels on each house. But just this is deception. Electric vehicles do not need relatively little fuel in their pure form in the gas tank, but in much larger volumes, since any power plant has its own efficiency, which is far from 100%, and, as has already been proved, all these WES and SES are nothing more than a toy for suckers That is, the fascination with electric vehicles, on the one hand, of course, will simplify the work of energy workers (smooth daily consumption), but on the other hand, will increase the demand for base load, and hence the fuel for its generation.

I think this is all clear. Now back to Russia 2020-21's. I am sure that I will not be much mistaken if I suppose that all this time the course towards liberating the country from economic dependence on the West, in which it has landed in 1990, will continue. The formation on the basis of the Chinese economy of a new global economic system will be completed. This will drastically weaken the United States and strengthen the economies of Eurasia, which will enter it. Oil and other goods within this system will not be sold for dollars, but rubles and yuan. During this time, the Russian economy will be less and less dependent on the hydrocarbon leaving. Today, this trend can not see only the blind, and then it will become even more obvious. For clarity, we impose a graph of Russia's GDP and oil prices.

For convenience, everything is denominated in dollars.

Before 2007, oil prices grew faster than Russia's GDP, and hence its share in this GDP grew. 2007 to 2012 the cost of oil and the economy of Russia grew in unison, and since 2013, the Russian economy as a whole has grown faster than oil prices, and this difference has become increasingly evident over the past few years. And then everything will be even more noticeable.

So, we see that Russia confidently and at an ever accelerating pace is getting rid of its oil dependence. Every year, the collapse of its economy by low oil prices is becoming less and less realistic. On the contrary, it is the US economy that, paradoxically sounds at first glance, increasingly depends on the state of the world economy, and hence the price of hydrocarbons. And this means that if all of a sudden (which is unlikely) the Bloomberg forecast for oil prices comes true, then Russia will be just bad, and the United States will be very bad. And, most likely, not the workers of Russian factories, but their American colleagues will go on strike. Rather, those "white-collar", which will take a significant part of their khalyavnogo petrodollar pie.

Ctrl Enter
Noticed oshЫbku Highlight text and press. Ctrl + Enter
We are
Trump, oil and electric cars. What threatens Tesla?Results of the week. "Who you are lucky, in fact, and will carry a cock, and such a bird as you, I, too, will rush!"
Military Reviewin Yandex News
Military Reviewin Google News
61 comment
Information
Dear reader, to leave comments on the publication, you must sign in.