Mikhail Khazin: The government launched an election campaign on the side of Putin’s opponents

December 27 2017
75
A month ago, Rosstat pleased the hearts of Russian citizens with the assurance that industrial production in January-October of 2017 was growing steadily, growth in October compared to September of 2017 was almost 106%. But already in December, the hearts of voters were attacked with the opposite sign. 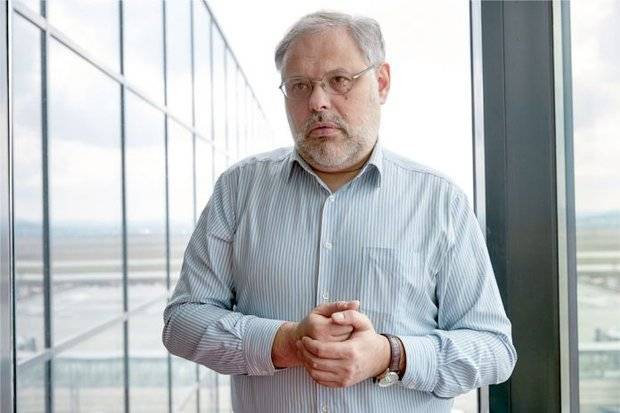 Let's figure it out. The likelihood that in a month all that has grown over the year has fallen is bullshit. And then we must add that in reality the economic downturn in our country has already been going on for five years, from the 4 quarter of the 2012 year. And the industry is falling stronger than the economy as a whole. We can say, for example, that last year in the industrial city of St. Petersburg, the decline in industrial production was more than 10%, reaching 17%. I do not think that things are much better in other regions.

And in this situation two questions arise. First, why does Rosstat, a division of the Ministry of Economic Development, start to say that there is a recession? And second: why did they start talking about it right now? For me, the answers are obvious.

First, there are already too many lies. The gap between the official figure and the reality has become prohibitively large, and therefore, sooner or later, we must admit it. I remind you that a similar situation was in the United States in 2001, when Bush came to power, "Junior". Then the Americans organized the events of September 11 2001 of the year in order to shift the decline to objective factors.

Secondly, with regard to why Rosstat announced the information about the recession right now. Because there was Putin’s speech at a big press conference where the president, according to the government, announced that a steady economic growth had begun in the country. Accordingly, the purpose of the subsequent statement by Rosstat was to demonstrate that Putin is inadequate, that he is lying to the people. Accordingly, I perceive it as the fact that the government has entered the election campaign on the side of Putin’s opponents.

The political curators of the liberals from the government and the liberals from the Central Bank are the representatives of the world financial elite. Their ideas about the situation in our country are formed by a rather specific expert group, which includes Illarionov, Kasparov, Albats, Shevtsova, and several other people of the same type. Well, maybe more Venediktov. The degree of their adequacy, from our point of view, is not very clear. But the scenario that they play, we do not know. I do not exclude that this scenario is aimed precisely at demonstrating to the world that Putin is “a cynical dictator who throws the people of Russia”.

In order to do this, the government has enough numbers. The world will be told - look, Putin’s government has told the truth, and, accordingly, Putin is impudently lying. No one in the West will understand - Putin voiced the numbers at a press conference two hours before the release of the Rosstat figures or two hours after? I do not exclude the fact that simply in this case, the government fulfills the instructions that it received from outside. Ministers are not strategists - they are performers. We received another clear proof of whose instructions they are following.

Even before Putin’s arrival, several large elite groups were formed in the country. One of them is focused on the West - the so-called liberals. But at the same time, it is necessary to understand that this elite group, although it constitutes a very small part of the population (certainly not more than 5%, and the support of this group, too, is no more than 5%), but it controls resources. And everyone understands that if we start an operation to eliminate this elite group, we can get a whole bunch of trouble that we remember.

After all, the same group at the end of 80-x - the beginning of 90-x demonstrated that it can. Then she, for example, blocked the delivery of food to major cities. And we must be aware that this group will deal with this kind of things. This, of course, is not terrorism today, but under 30-50’s legislation, it is terrorism. And for this reason it is dangerous to start a war with them. In any case, I clearly see that Putin is extremely reluctant to start such a civil war. Another thing, if this war begins comprador group of elites. I do not exclude that the Friday statement of Rosstat is the beginning of such a war.

What should Putin do? But I can not answer this question. Because Putin’s knowledge and experience in the political situation that has developed in the country is so much higher than mine that I don’t undertake to evaluate how to behave properly in such a situation.

The plans of the West are unclear. It should be understood that the West also has its own problems, for example, that the liberal team of international financiers was in a difficult situation in the United States when Trump came to power, who strongly dislikes them. In this sense, our liberals may also have problems. I recall that Ulyukaev was arrested two weeks after Trump was elected. Therefore, I think that the situation will be extremely tense. And I do not rule out that attempts will be made at all to disrupt the elections. And the organizers of these attempts will be located outside our country.