Without the right to coexist 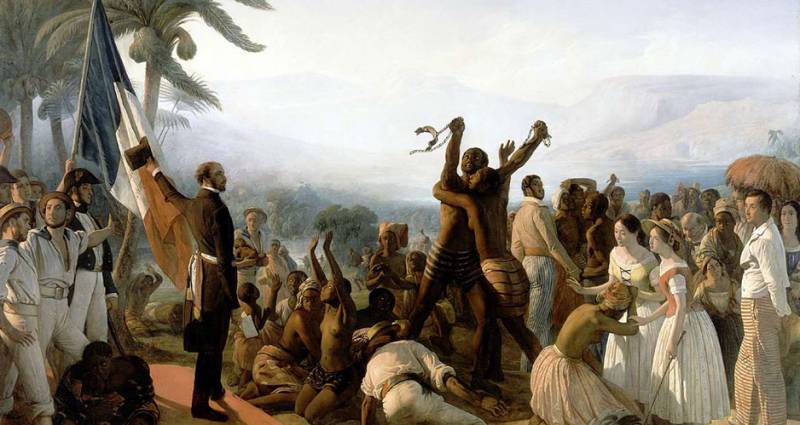 The transition from a unipolar world to a multipolar world or as an alternative to a depolarized one is accompanied by an increase in global military-political instability, an increase in general tension. The old rules are dying off, and the new ones have not yet been worked out, if at all possible.

In 1991, the socialist system failed, which was not at all predetermined. What caused the death of the Soviet Union and why did conscious collapse turn out to be possible here and not in the enemy camp? The answer should be sought in the peculiarities of the capitalist system, the basis of which was and remains the Anglo-American core - the antagonist of Russia over the past two hundred years.

At one time, Andrei Fursov correctly noted that in the course of evolution, the capitalist system had one fundamental advantage over its competitors, namely its elite. More than four hundred years history it has maintained continuity, having gone through countless internal conflicts, which ultimately made it only stronger. The capitalist system is by its nature expansive and extensive, its existence is tied to the need to absorb new markets, it is global in nature and does not tolerate competitors. And if the basis of the system is based on the principle of infinite expansion, then this automatically means that it is fundamentally incompatible with any other - all the rest should be dismantled and trapped. The last such act of expansion was 1991 a year when, with the final collapse of the socialist camp and the USSR, the capitalist system made another and last spurt, capturing markets that were previously inaccessible to it. It was then from the global in nature that it became so in fact.

The Soviet model, potentially also global, was a viable alternative to capitalism, but unfortunately for us, that part of the party nomenclature that did not intend to move from anti-capitalism to post-capitalism won over it and tried to establish physical guarantees for itself and then social survival. The result of these actions was its transformation from a quasi-class into real owners, which happened with the liquidation of the USSR, since this phase transition was impossible without dismantling the entire Soviet system.

The turning point came at the turn of 50 – 60-s, after which the Soviet Union had no chance of eliminating the main enemy in the person of the United States and their stellites, except for the unlikely scenario of a full-scale thermonuclear conflict in which there could be no winners at all. However, what is the reason?

What is one West

Until the 20th century, the masters of the world followed the policy of colonialism, exercising direct control over the natives in one or another part of the world, in which the British were particularly successful, expanding their empire to 40 million square kilometers. With the development of technology, including logistics and the information and communication sphere, capitalism has shifted to another, more effective form of management - control over states, peoples and their policies through offshore zones, where the target elite of the country transferred its assets “hard work”, through the control of the psychosphere of real and potential victims of aggression with the implantation of Western values ​​using geocultural warfare methods. Thus, desubjecting and de-sovereignization of countries and even entire regions took place. It is the consensus around the principle of total robbery and control over the rest of the planet that underlies such a high resilience of the western, first of all Anglo-American, elite. Nowhere, no one has ever achieved such a complete unanimity of this kind at a fundamental level, except in the only global social system - the capitalist one. Of course, there were and remain contradictions within it, but they are associated with the redistribution of resources, control over information and financial flows, the struggle for spheres of influence and a higher position in the hierarchy, but not with the most important aspect - the robbery of the rest to preserve the dominant status.

The Soviet system was initially based on a completely different principle - justice and our country had the potential to become a substitute for the unjust world order that the capitalist system generated around itself. However, after the death of Stalin, there was an ugly deformation in the development, began to tilt towards cost accounting, decomposition and strategy of convergence, voiced by Yuri Andropov. The Secretary General was wrong: capitalism cannot exist without expansion and subordination of the rest of the world, and therefore, the principle of coexistence with any other system is unacceptable for it. Actually, therefore, despite all the successes of the Soviet intelligence services, after the 50s, we were unable to exert a destructive impact on the US and the Western system as such through recruiting agents inside it. The stability of the capitalist elite gave it the opportunity to impose its values ​​on part of the Soviet nomenclature, to have an additional corrupting effect, and the domestic counterintelligence and the Party Control Committee were powerless here, since recruitment was carried out at a level where it could not be stopped by operational methods.

In Russia, the lack of continuity of the elite led to the emergence of compensating mechanisms, which were expressed during crisis periods in the appearance of super-leaders, leaders. Peter the Great, Vladimir Lenin, Joseph Stalin - all of them mobilized and personal qualities compensated for the lack of a stable elite and its continuity. In tactical terms, such a scheme has advantages, since when the government of the country and the system as a whole is tied to one outstanding person, it is easier to make decisions, the time for coordination between key parts of the elite is reduced. However, from a strategic point of view, this approach has a critical drawback: after the death of the leader, as a rule, he is replaced by a person of a much smaller scale, the control over the elite is weakened, and its parts begin to put forward a consensus figure that is more manageable and does not have such outstanding intellectual and moral-willed qualities like its predecessor. In the case of the Soviet Union, this had tragic consequences - after the death of Stalin, the Communist Party took the path that can be described as rule in the absence of responsibility. Under Khrushchev, by strengthening the control over the army and prohibiting the State Security Committee to collect dirt on the highest party and trade union leaders, a guarantee was reached of the physical survival of the nomenclature, and under Brezhnev by eliminating vertical mobility — and social. Which largely led the elite to degradation with an inadequate response to challenges — sometimes simply for physiological reasons, since the Politburo was aging in the absence of an effective mechanism for personnel renewal. By the way, the CPC has learned a lesson from the Soviet past and does not allow, at least for now, to the highest party and state positions, persons older than 67 years, with the observance of rotation as one of the most important mechanisms preventing the degradation of the leadership and the party as a whole.

From the above conclusion: after 1991, Russia became a part of the capitalist system and, therefore, cannot be completely subjective and sovereign. But capitalism as such is absolutely alien to our country and will never take root here. The entire post-Soviet elite is completely comprador, if we consider it not as a multitude of individuals, among which there are exceptions, but as a system. But in capitalism we are doomed - without our project, image of the future. In the current system, we are only a raw materials appendage of the West, led by the court propagandists no matter what the official media say. Only our own development vector, which is fundamentally different from the road to nowhere that Russia has been going through over the past 26 years, can give us a chance. But the global capitalist system, as we have already found out, does not tolerate an alternative. So it was in Soviet times, and so it will be, until it is dismantled.

Any social subject that has set a goal to take a path that is different from the capitalist one inevitably faces an extremely aggressive reaction, even if the alternative is ephemeral. Any processes that are not consistent with the current world order, instantly fall under the coordinated attack of the Western media and politicians, and, if necessary, under the direct aggression. This was the case with the “Islamic State” (forbidden in Russia), which, despite its medieval cruelty, cannot be compared with the threat posed by Anglo-American foreign policy. Listing someone as a terrorist, London and Washington use double standards, since their own actions can often also be described as state terrorism. The judge in the role of the West is far worse than those he judges.

Not to justify the igilovtsy, but I must admit - they have their own ideology and they are ready to go to the end. This is where the answer to the question lies: why in the Middle East did this group acquire such a high level of subjectivity through extreme radicalization and dissimilarity to the West? The ideologists and builders of the IG understood perfectly that the creation of any social model that is not fundamentally different from the old ones means the preservation of the existing extremely unjust system of the global world order. And in order to get out of it, at the same time having gained sovereignty and subjectivity, it was necessary to create not only a radically different ideology, ideological and value paradigm, but also to go to an uncompromising struggle with an external enemy and, equally important, with ourselves.

The latter implies a fundamental rejection of transactions and compromises with external players, inevitably leading to maximum radicalization, both in terms of strict discipline within their organization, and in opposing opponents. Terror and dictatorship were necessary at the quasi-state stage of the existence of the IG not only to take the code control of the territory and population, but also to prevent even hints at negotiations with the enemies.

Maximum radicalization is inevitable for any social subject that aims to create his own project. Moreover, his characteristic feature should be the dissimilarity of the system, the alternative of which he acts. For example, the IG is characterized by the desacralization of death, when the ideological supporters of the organization declare that they love death as much as their enemies are life and pleasure. Already in this example it is clear that in principle there can be no universal human values. Universal - the same screen, smoke screen, as well as democracy in the Western sense. Through the imposition of this system, the collective recruitment of elites from recalcitrant countries is carried out when they put the embedded values ​​in the first place and unwittingly recognize the primacy of the West as the top of the social evolution of humanity, not realizing that they have fallen into the trap. The consequence is the loss of sovereignty at the level of the top, and then of the whole country, what happened in the post-Soviet countries after the collapse of the USSR.

Only its own path of development will bring the social subject out of the influence of the West with its neo-colonialism. And this automatically means radicalization and complete rejection of the compromise, since the capitalist system will try in any way to prevent the creation of a competitor, up to its physical destruction with simultaneous total discrimination in the media, in order to exclude even the possibility of someone repeating such an experience and adopting an alternative ideology. .

Ctrl Enter
Noticed oshЫbku Highlight text and press. Ctrl + Enter
We are
A great interview with Sergey Lavrov: about Ukraine, Obama and IranWhat you didn't want to know about England
89 comments
Information
Dear reader, to leave comments on the publication, you must to register.