Profession "People to save." December 27 - Day of Rescuer in Russia

December 27 2017
13
On the eve of the New Year, the staff of the Russian Emergencies Ministry rescue teams celebrate their professional holiday. 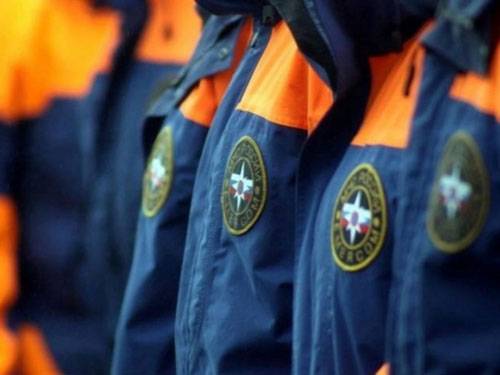 The need to create the EMERCOM of Russia was caused by the ever-growing number of emergency situations of natural, man-made epidemiological and other nature.

The rescue service of the new Russia was created, in fact, from scratch. Much of the Russian rescuers had to do for the first time truly, so in a number of cases they can rightly be called the pioneers of modern rescue. In the absence of a wealth of experience, scientific developments and technology suitable for rescue operations, it is not easy to achieve efficiency. However, despite this, the EMERCOM of Russia in 90-s gained momentum and gained prestige, conducting operations in the field of man-made disasters and terrorist acts, fires, earthquakes, in zones of armed conflict. And efficiency grew from year to year.

It just so happened that rescuers had a lot of practice. On the one hand, it is a natural phenomenon; on the other hand, it is a blow from a person, if you can call a terrorist at all who decided to undermine a dwelling house, seize a school or hospital.

Rescuers EMERCOM of Russia were the first to introduce the concept of “minute of silence” into practice when parsing the rubble of collapsed buildings. It's about the procedure when the work of all the equipment stops, in order to hear the groans of people under the rubble. This practice later became international in the analysis of debris after man-made or natural disasters. And thanks to this simple, at first glance, invention, it was possible to save thousands of human lives in the whole history existence of MES in its modern form.

For the first time such a “minute of silence” was used during a rescue operation in Neftegorsk. This operation, which went down in history as the unparalleled heroism of rescuers against the background of a huge tragedy that befell Russia in the middle of the 90's.

On the night of 28 in May, 1995 of the year in the north of Sakhalin experienced a powerful earthquake, which in a matter of minutes destroyed the town. In Neftegorsk there was no connection, water and food. The roads are destroyed, the transport communication was carried out exclusively by air. In an organized manner, rescue work began on the 12 28 hours in May with the arrival of the operational group of the Far Eastern Regional Center EMERCOM of Russia. By this time, 59 rescuers from the Kamchatka, Sakhalin and Khabarovsk search and rescue services arrived in the disaster area. Later, they were joined by rescuers from the Tsentrospas EMERCOM of Russia.

It was in Neftegorsk that the equipment and capabilities of professional rescuers were fully represented. Three hours after the arrival of the head of the Ministry of Emergency Situations in Neftegorsk, a qualitatively new headquarters worked there, which had five independent communication lines at its disposal, including two special, plus space, all the necessary equipment in such a situation.

At the same time, there was no stationary electricity in the city until June 3, and the devices were powered with electricity from mobile power plants.

Everything necessary for rescue operations was constantly transferred to the site of the tragedy. Suffice it to say that in two weeks of rescue operations, the airport of Yuzhno-Sakhalinsk received 50 IL-76 aircraft EMERCOM of Russia, which delivered various cargo and equipment from Ramensky near Moscow to the island.

Over the entire period of rescue operations, 2364 people, including 406 live, were removed from under the rubble by search and rescue forces and civil defense units. 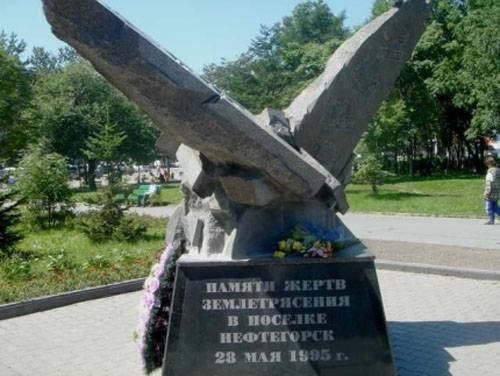 The tragedy of 1995 of the year was the first in which Russia completely abandoned the help of foreign rapid response services. The motivation was simple - the Russian Federation has enough equipment and people to carry out rescue operations. It was a decisive step, which, against the background of a great human and nationwide tragedy, showed the presence in the country of a team capable of solving the most seemingly impossible tasks. By the way, it was after the operation in Neftegorsk in Russia (the same year) that a presidential decree was issued announcing the Day of Rescuer.

At present, the EMERCOM of Russia is developing dynamically: new units are being created, new equipment and special equipment are being equipped.

In the period from 2018 to 2020, it is planned to purchase five units aviation machinery and equipment, including 2 Be-200ES amphibious aircraft, 3 Mi-8 helicopters with spillway devices, 3 medical helicopter modules, about six hundred unmanned aerial vehicles. 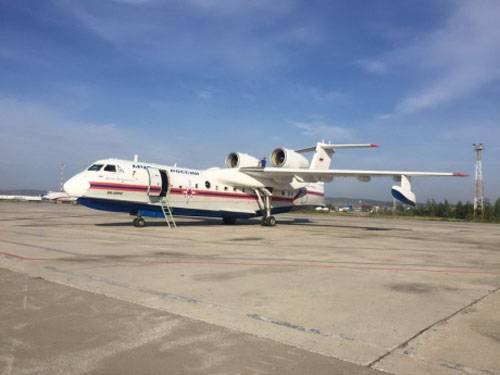 The equipment of the EMERCOM of Russia divisions will continue to be equipped with multifunctional and highly efficient fire and rescue vehicles and special modern equipment and machinery.

Also during this period, it is planned to put "on armament" of the rescuers 146 floating craft, 984 sample off-road equipment and over 1,1 thousand vehicles for rescue operations.

For the second year, EMERCOM of Russia has been working on the introduction of a new management system. The managerial level is reduced, and at the same time reacting units are strengthened with the expansion of their capabilities. Representatives of rescue teams, as stated by the leadership of the department, will be organized additional support, technical equipment and material support. In general, the large-scale improvement of the structure of the department will continue until the 2020 year.

And today, congratulations on their professional holiday are accepted by all the rescuers of Russia who serve in the territorial, municipal rescue services, fire protection, work in public rescue organizations.

According to the results of a recent survey in Russia, the majority of citizens of the country include the Emergencies Ministry (along with the Ministry of Defense) as the most effective departments in the security segment.

“Military Review” congratulates all Russian rescuers on their professional holiday and says thanks for the thousands and thousands of lives saved!