Salaries of the Russian military will grow from January 1

December 26 2017
124
Russian Prime Minister Dmitry Medvedev approved a decree on increasing the monetary allowance of military personnel from January 1, 2018, follows from a document posted on the official Internet portal of legal information. 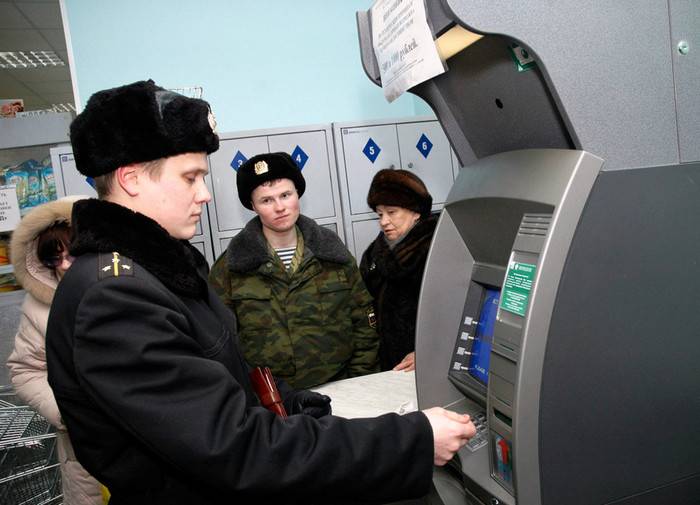 The document also notes that salaries will be raised to employees of some federal executive bodies.

Earlier, Russian President Vladimir Putin, speaking at the final board of the Ministry of Defense of the Russian Federation, said that the Russian authorities had provided for the annual indexation of allowances for military personnel, for three years to send 82 billion rubles for these purposes. He also noted that military pensions will be increased from January 1.

Ctrl Enter
Noticed oshЫbku Highlight text and press. Ctrl + Enter
We are
The result of reforming the monetary allowance of military personnel in 2012 year
124 comments
Information
Dear reader, to leave comments on the publication, you must to register.