In the Volgograd region will open a monument to Vasily Margelov

December 26 2017
20
On the birthday of the former commander of the Airborne Forces of the Hero of the Soviet Union, Army General Vasily Filippovich Margelov, the grand opening of the monument to the legendary paratrooper will take place on the territory of the Kamyshin airborne unit, reports press office Ministry of Defense 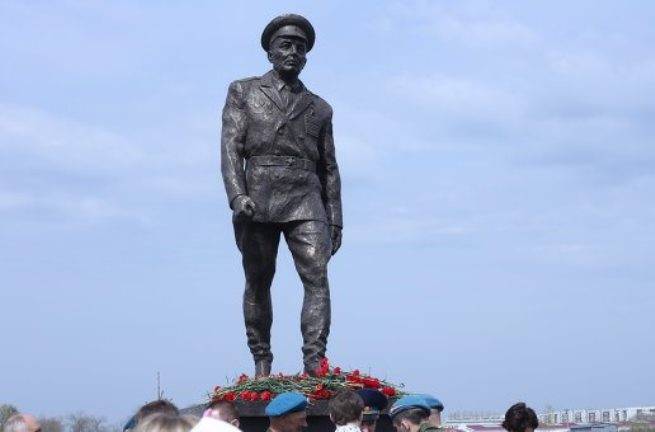 Monument to Vasily Margelov in Ulyanovsk.

A monument erected in the compound will be unveiled tomorrow, December 27. The opening ceremony will be attended by representatives of the Airborne Troops Command, military personnel with their families, airborne veterans and invited guests.

December 27 marks the 109th anniversary of the birth of Vasily Filippovich Margelov, according to the paratroopers themselves - "our all Airborne Forces", "the commander from the legend." In a short historical time scales, he was able to radically change the appearance of the Airborne Forces,
says release.

The combat courage of the front-line soldier in Vasily Filippovich combined with the spirit of military innovation: “the attributes he introduced — his vest and blue beret — became the hallmark of the Soviet and then Russian Airborne Forces,” the press service noted.

Ctrl Enter
Noticed oshЫbku Highlight text and press. Ctrl + Enter
We are
In Moscow, set a monument to the legendary General MargelovMarines will honor the memory of the legendary commander of the Airborne Forces General of the Army Vasily Margelov
20 comments
Information
Dear reader, to leave comments on the publication, you must to register.