BDK "Orsk" is included in the ships of constant readiness

December 26 2017
24
Large landing ship of the Black Sea fleet "Orsk" is included in the composition of the ships of constant readiness, the press service of the Southern Military District 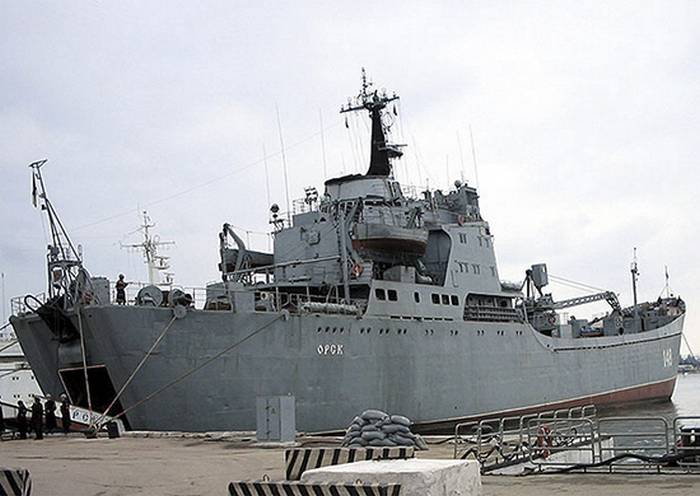 [Quote] The crew of a large landing ship (BDK) “Orsk” that was repaired completed the mandatory training cycle provided after the ship left the repair and confirmed the necessary level of organization of the ship service when stationed in the base, as well as the ability to perform tasks at sea [/ - reads the message.

It is noted that "Orsk", together with the division of marines, took part in a tactical-special lesson on loading and disembarking vehicles and troops on an unequipped coast, carried out a complex of artillery firing at sea, air and ground targets.

According to the results of the combat training activities, the Orsk BDK was included in the permanent readiness ships of the Black Sea Fleet.

BDK project 1171 "Orsk" laid at the shipyard "Yantar" in Kaliningrad 30 August 1967 year. 31 December 1968 of the year was commissioned and became part of the Black Sea Fleet.

Ctrl Enter
Noticed oshЫbku Highlight text and press. Ctrl + Enter
We are
BDK Cheka "Orsk" after the repair began to perform the tasks of combat trainingBDK of the Black Sea Fleet "Orsk" went to sea after scheduled repairs
Military Reviewin Yandex News
Military Reviewin Google News
24 comments
Information
Dear reader, to leave comments on the publication, you must to register.