VTsIOM: approval level of the Russian army increased to 88%

December 26 2017
17
According to the poll of the All-Russian Public Opinion Center (VTsIOM), 88% of Russians approve of the activities of the Russian army, 68% would like to see their relatives in the Armed Forces.

Over five years, the level of approval of the Russian army has grown from 52% to 88%. For the third year in a row, Russians celebrate the war in Syria, including the success of the Russian army as one of the main world events of the year (in 2017, 38%)
- says the study of sociologists. 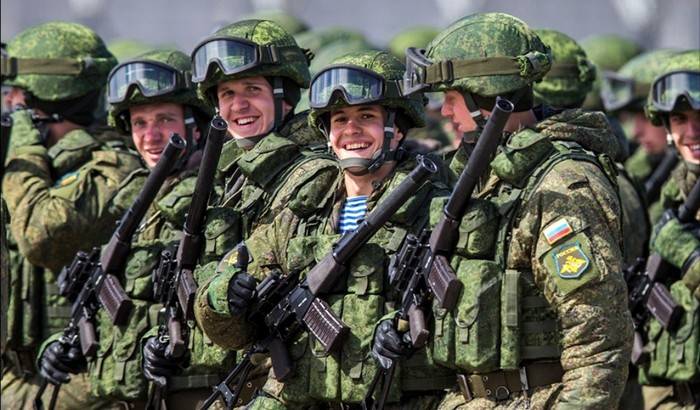 A record number of Russians would like to see their relatives in the ranks of the military: 68% of respondents said this (47% in 2015, 53% in 2014). The Russians' assessment of the state of the Russian army is growing - 62% of respondents (compared to 13% in 2011 year) said about the “very good / good condition” of the sun. There is also an improvement in the overall situation in the army - two thirds of the respondents stated this (64%, as many as the living conditions of the rank and file) were positive, 84% also believe that the overall combat capability of the armed forces has increased.

According to the study, 93% believe that the Armed Forces are able to protect Russia in the event of a real military threat from other countries, the opposite opinion is only 3%.

Ctrl Enter
Noticed oshЫbku Highlight text and press. Ctrl + Enter
We are
Report on the results of the survey-2013 "Evaluation of state political figures"
Military Reviewin Yandex News
Military Reviewin Google News
17 comments
Information
Dear reader, to leave comments on the publication, you must sign in.