December 26 2017
30
The Russian Navy received for service the first naval reconnaissance and strike complex (MANUAL) based on the 11356 frigates and the Orlan-10 UAVs, according to News. 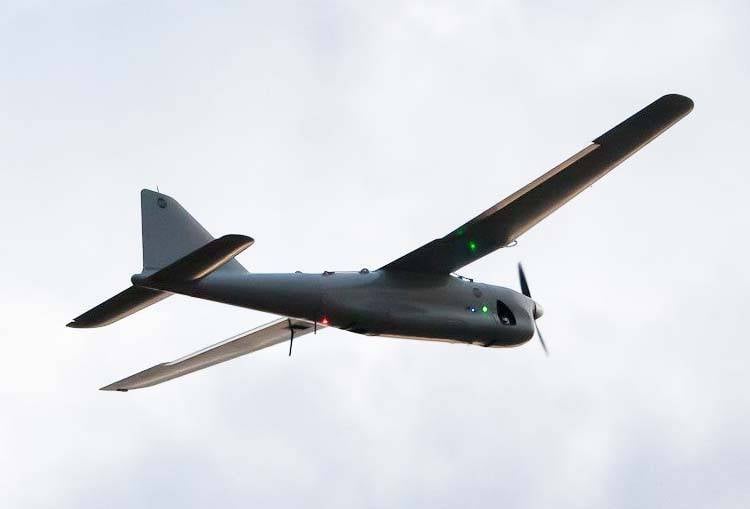 The tests of the system took place in the fall of the year 2017 on the Black Sea. The presence of its own air reconnaissance aircraft will allow the Admirals (frigates received this informal name from naval sailors) to hit sea and land targets with high accuracy with artillery fire and missiles.

“UAVs start from the ships with the help of a catapult, and after completing the combat mission on parachutes land directly on the deck of frigates. "Eagles" find the target and transmit its coordinates and image to the carrier ship. This allows you to quickly adjust the fire of the airborne artillery complex or direct the main caliber of the Admirals, the X-35, to the target, ”the newspaper writes.

While it is difficult to assess how effective the “Orlans” will be when working on sea targets, but the effectiveness of the destruction of ground targets will definitely increase. This will be of great help in the landing of troops or the fire support of troops in the coastal areas. We can say that the "Admirals" will have a "long arm",
said the publication of the naval expert Alexander Mozgovoy.

According to him, the X-35 missiles are not very large in charge and are better suited to combat ships than to defeat fortified objects, but ship artillery is another matter.

Especially useful regular UAV will be for targeting naval artillery. On the frigates of the "Admiral" series mounted excellent modern artillery A-190 with a range of up to 20 km and rate of fire to 80 shots per minute. With a spotter, she will be able to effectively destroy manpower, firing points and equipment in the interests of the ground forces,
The expert explained.

Ctrl Enter
Noticed oshЫbku Highlight text and press. Ctrl + Enter
We are
The lack of engines and the prospects of military shipbuilding
Military Reviewin Yandex News
Military Reviewin Google News
30 comments
Information
Dear reader, to leave comments on the publication, you must to register.