On the path of Syria to peace, Russia remains one of the main guides

December 26 2017
7
The resolution of humanitarian issues remains a priority in the process of resolving the conflict in Syria. The day before, Turkish President Recep Tayyip Erdogan said that Moscow and Ankara are negotiating the evacuation of civilians from the southern regions of the Syrian Arab Republic by 500. 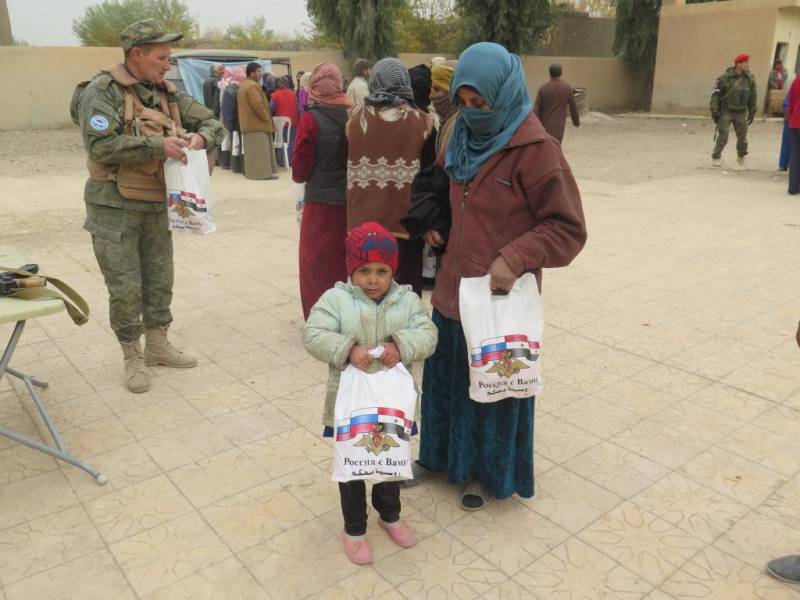 “There are about 400 thousands of civilians living in Eastern Gute. About 500 people, including 170 children and women need urgent help. We are discussing with (Russian President Vladimir) Putin, how to get them to our country and provide medical assistance without any problems, ”said the leader of the Republic of Turkey.

Recall that some territories of the province of Damascus continue to be under the control of militants of “Dzhebhat al-Nusra”, the group “Faylak ar-Rahman” and other illegal armed groups. Sources report that residents of a number of localities in Eastern Guta continue to be forcibly held by militants and armed opposition, in fact, fulfilling the role of human shields, preventing a full-scale offensive by government forces on the positions of the radicals. In the cities of Dzhobar, Ain-Terma, Duma, the civilian population suffers from a shortage of water and medicine, and the sale of essential goods is supervised by militants. Thanks to the Syrian authorities, the United Nations and the Russian Center for Reconciliation of the Warring Parties (TsPVS) with individual territories controlled by the opposition, an agreement was reached on the supply of humanitarian aid convoys, which alleviated the situation of the inhabitants of these areas.

In addition to Eastern Guta, the humanitarian situation remains no less complicated, with clashes practically stopped and the territory under the strict control of the United States of America. We are talking about settlements and refugee camps located in close proximity to US military facilities in Syria.

One of the most striking examples is the tent city of Er-Rukban on the border of Syria and Jordan. A few kilometers from the camp is a military base at Tanf, where American instructors pass on the combat experience of the “moderate opposition.” Note that the Washington-protected 55-kilometer zone is isolated from the outside world: the radicals of the Kuwat Shahid Ahmad Abdu group have set up posts, blocking the exit of refugees, and refuse to let humanitarian aid convoys pass.

Due to the closed nature of the territory, information from the refugees of this camp did not succeed, however, a resident of the village of Mazlum (Deir-ez-Zor), who returned from another camp, shared some information. 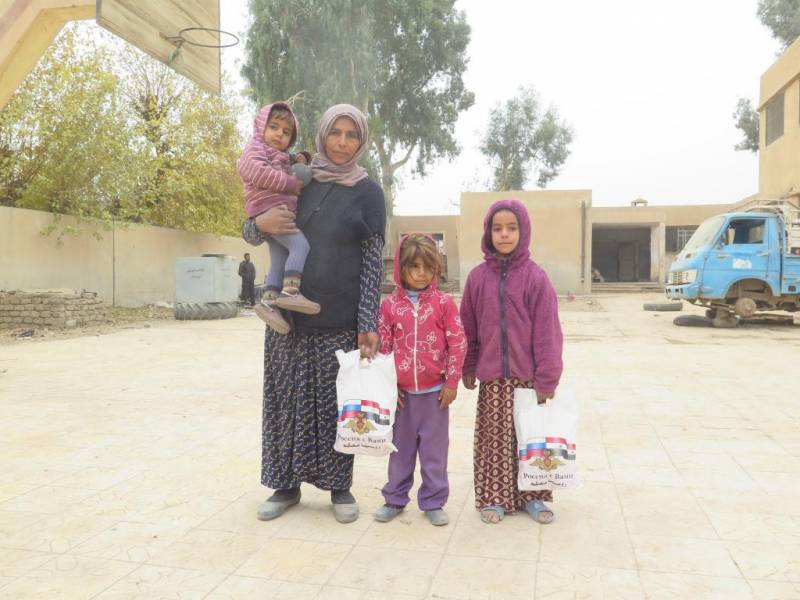 Aida reported that for eight months she was with her children in the camp of Al-Sadd, located near the American military base at Shaddadi (southeast Al-Hasakah). As the refugee says, “returned home for two reasons.”

First, the woman notes that in the past two months the crime situation in the territory of the tent camp has deteriorated sharply. This is largely due to hitting the camp militants and their family members defeated in Deir ez-Zor.

Secondly, the situation in its locality is stabilizing. In many ways, this has become possible thanks to the work of the Russian military, who are located in the village of El Salhia. They take part in the demining of social and industrial facilities, provide medical assistance to the population and distribute food.

On the eve, the Russian TsPVS servicemen conducted a humanitarian action in the village where Ayda lives, handing out 455 food packages to Mazlum residents and providing 50 medical care to Syrian citizens.

In conclusion, it should be recalled that the countries of the international coalition regularly make statements about the need to provide assistance to the Syrian population. Apparently, each state has its own ideas of “helping”. 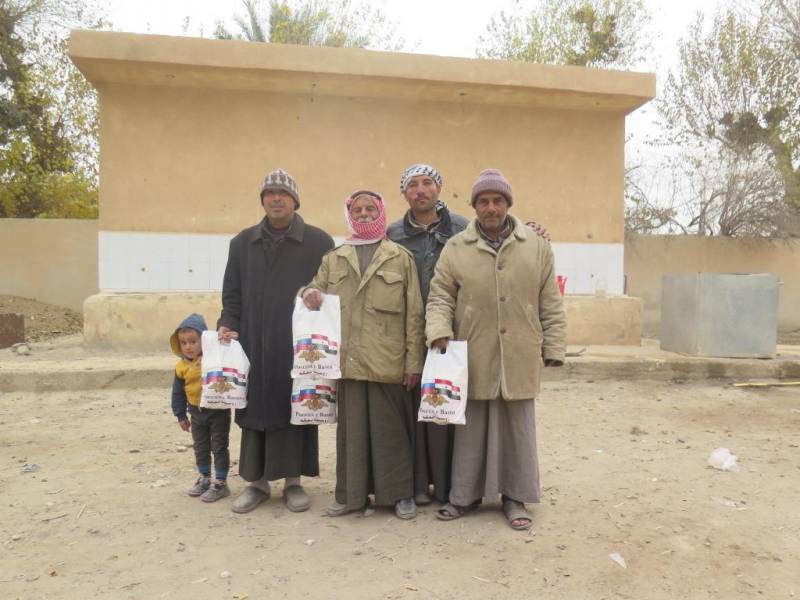 Ctrl Enter
Noticed oshЫbku Highlight text and press. Ctrl + Enter
We are
A great interview with Sergey Lavrov: about Ukraine, Obama and IranWhat you didn't want to know about England
Military Reviewin Yandex News
Military Reviewin Google News
7 comments
Information
Dear reader, to leave comments on the publication, you must sign in.