The prosecutor's office of the YNAO ran from the case 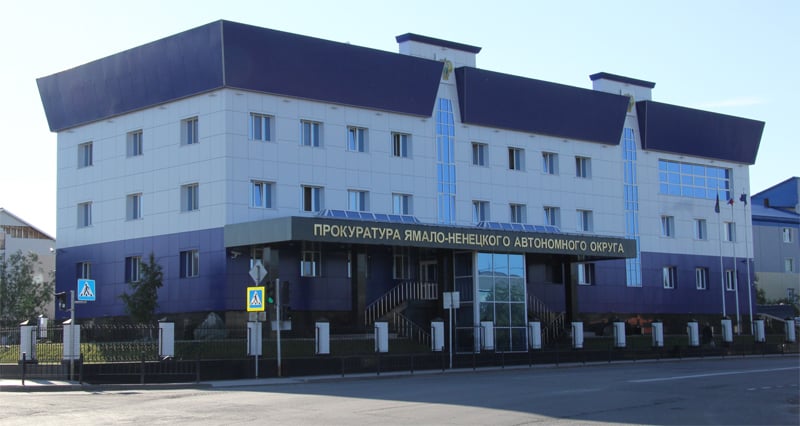 Allow me, but I asked to check the speeches of schoolchildren for violations of the law, more specifically, on the basis of the rehabilitation of Nazism! So what have the department of education? Since when do our education departments evaluate acts for violations of the law? This is the direct responsibility and the prerogative of the prosecutor's office! Neither the investigative committee, nor the FSB or the Ministry of Internal Affairs will be able to investigate the case, if the prosecutor's office considers that there are no signs of a crime, on the other hand, they will not be able to “merge” the case when the prosecutor's office believes that there are signs of a crime.

If we evaluate it in the army, such behavior of the prosecutor's office of the YNAO is an escape from the battlefield. Shameful escape.

The only guilty are trying to expose the staff of the Lyceum, who organized trips to schoolchildren. I do not condone the teachers who brought up the defeatists, they must be punished. And not a reprimand, but at least a disqualification. But the self-dismissal of the prosecutor’s office knowingly leaves without any influence the “Ebert Foundation” associated with the German intelligence BND ("Besogon", watch with 19 minutes). The Department of Education, even if it shows the wonders of patriotism, cannot do anything with this foundation, the Department of Education does not have such rights.

Moreover, such behavior of the prosecutor's office actually blocks the possibility of investigation to all law enforcement agencies.

It is clear that the prosecutor’s office is acting (more precisely, is inactive) with an eye on Putin’s approval of this “reconciliation over the graves” project.

Therefore, I sent the following appeal to the electronic reception office of the President of the Russian Federation:

In the electronic reception of the President of the Russian Federation.

29 June 2016 of the Year You approved the project (further I quote from TASS) "Work for Peace - Reconciliation of Graves", which is carried out by the German school in Moscow with the support of the German National Union for the Care of Soldiers' Graves and the German Embassy.

You have decided that this project will help Russian and German students "to see what the desire to enslave other countries leads to." For some reason, you were not embarrassed that this project was timed not for Victory Day, not for the anniversary of the defeat of Nazi Germany, but for the 75 anniversary of the attack of Nazi Germany on the USSR. You considered the project a "timely and useful initiative."

First, let me find out what powers you, as the President of the Russian Federation, lack, to initiate the creation of a Russian school curriculum for stories, from which our schoolchildren would learn the truth: what did the delusional, hateful, racial ideas of German fascism lead to? Is it really impossible to tell Russian schoolchildren without the help of the German school in Moscow ?!

Hiding behind your approval, within the framework of this project, Russian schoolchildren were taken to German graves. For example, N. Desyatnichenko in the Bundestag recalled visiting only German graves and did not say that he was taken to the graves of our defenders of the Fatherland.

As part of the project you approved, the Ebert Foundation entered our schools, which is banned in our ally Belarus, and the German intelligence agency BND worked in Turkey on the basis of this foundation.

The result of the project you approved was the shameful performances of Russian schoolchildren in the Bundestag. Or do you think the normal regrets of our schoolchildren for the "innocently killed" German fascist invaders ?!

You once recalled that your mother did not hate the Germans. I believe. My grandmother did not hate either, although in the 1942 year, then a widow (grandfather died in October 1941), she and my 5-year-old mom didn’t die under a Nazi bombing in her own farm near Stalingrad. After the Battle of Stalingrad, German prisoners of war restored the destroyed houses and cowsheds in the farm for a long time, often came to the residents to exchange some of the products they were given at the soldier’s standard for others. In our farm, not one prisoner died. My grandmother did not hate the captive Germans. But she did not forgive them.

Our people have long been reconciled with the Germans. It happened 9 May 1945 of the year.

In 1990, I also served in the Group of Soviet Forces in Germany (GDR), and not far from you: I was guarding the Brandis airfield. I have repeatedly met elderly Germans who fought on the Eastern Front. All of them were asking for a conversation about that time, mostly telling where and when they were injured. Hate them ?! A lot of honor! They were just not interesting to me.

So with whom I and my children should "reconcile over the graves" ?! We have defeated the invaders, the question is closed for us. And for honest Germans, the question is also closed, they too have long been reconciled with us that fascism should not appear on German soil anymore.

You have "consecrated" this project "over the graves" - and you close it. Because after your approval, the prosecutor's office does not even check the blatant speeches of our schoolchildren in the Bundestag, but forwarded my appeal to the education department of the YNAO "for a response on the merits." But I asked to check the speech of N. Desyatnichenko and others on the grounds of the criminal offense "rehabilitation of Nazism". Does the prosecutor not know that the assessment of acts for the presence / absence of corpus delicti is his prerogative, and not the department of education?

I am sure that the prosecutor interferes with your approval of the project.

How to join the appeal?

In the comments to the previous article I was offered to create a petition to which they could join. But the situation with petitions is as follows.

Presidential Administration monitors petitions on the site "Russian Public Initiative". To vote for a petition on this site, a person must register with the ESIA, as far as I remember (I am registered), in order to identify (get the password), you must go to the nearest MFC with a passport. That is, mass support to get on this site is difficult.

Works fine "Change.org". But the resource is not Russian, and the attention to it from the official authorities is appropriate (and correctly, there you can "wind up" any support for any petition).

Therefore, the simplest and most effective is to send electronic address to the president. They will not be able to notice. Especially in the event that the same will be many.

There is one feature: the text of the appeal cannot be copied from somewhere and pasted, you will have to type directly on the site, I was busy with my own for a long time. Therefore, I propose a short text of the appeal:

I ask you to publicly condemn the rehabilitation of the fascist invaders by our schoolchildren in the Bundestag and initiate a full-scale investigation of this incident. "

There will be an effect not on the length of the appeal, but on their number.

Ctrl Enter
Noticed oshЫbku Highlight text and press. Ctrl + Enter
We are
A great interview with Sergey Lavrov: about Ukraine, Obama and IranWhat you didn't want to know about England
Military Reviewin Yandex News
Military Reviewin Google News
139 comments
Information
Dear reader, to leave comments on the publication, you must sign in.