December 25 2017
4
In Yangon, December 24, a ceremony was held to introduce to the Myanmar Navy a head patrol ship of a new type of Inlay (board number "54"), built at the Myanmar naval shipyard in Sinmalaik, reports bmpd. 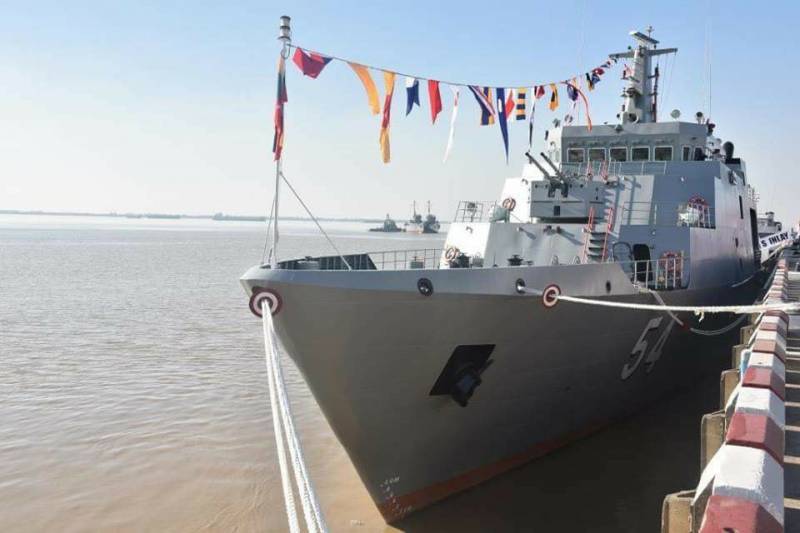 Commissioning of the ship was timed to coincide with the 70th anniversary of the founding of Myanmar (Burmese) fleet.

“The characteristics of the Inlay patrol ship are not exactly known, but it has been reported that it has a length of 81 m. The total displacement is estimated at about 1500 tons. The ship is armed with a Chinese 57-mm 66 twin-engine automatic artillery, apparently removed from one of the old Chinese small anti-submarine ships of the 037 project (the Myanmar navy consisted of ten 037 ships received from the PRC at the beginning of the 1990), ” in the material. 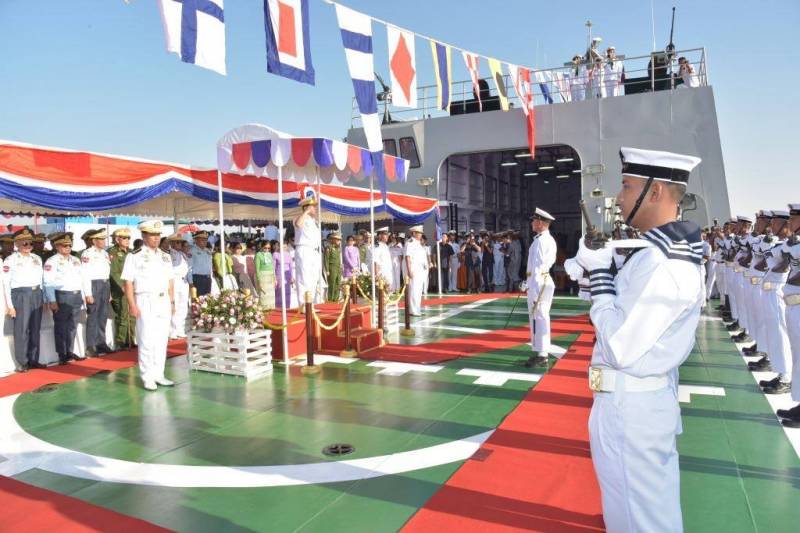 In 2015, the Myanmar media reported on plans to build a series of ten Innlay-type patrol ships. 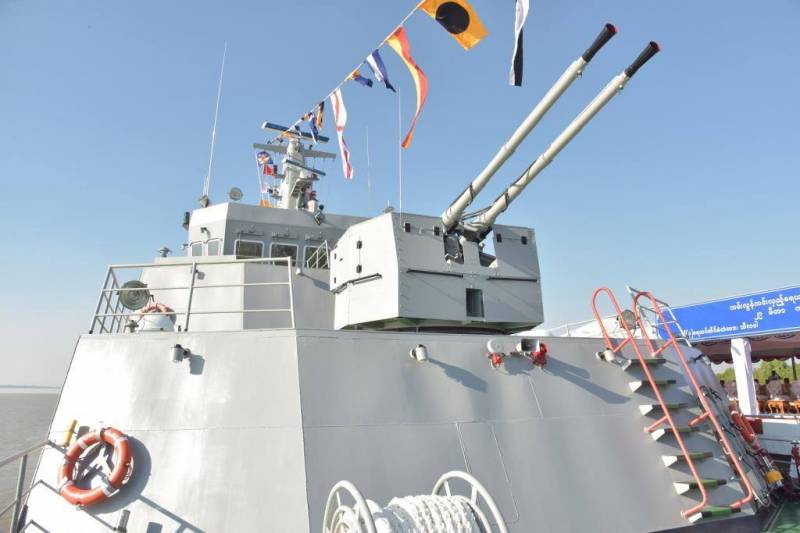 Ships are built with technical assistance from China and the DPRK.

Ctrl Enter
Noticed oshЫbku Highlight text and press. Ctrl + Enter
We are
Myanmar Massacre. The USA continue bloody gamesNew frigate of national construction in Myanmar
4 comments
Information
Dear reader, to leave comments on the publication, you must to register.