Lavrov: transfer of Russian military from Hmeimim to Egypt is not planned

December 25 2017
4
The transfer of the Russian military on a permanent basis from the Syrian military base Khmeymim in Egypt is not planned. The head of the Russian Foreign Ministry Sergey Lavrov said this on Monday in an interview with the RT television channel.

We do not plan any transfers of our military on a permanent basis to the territory of Egypt from Hammeim
- he said. 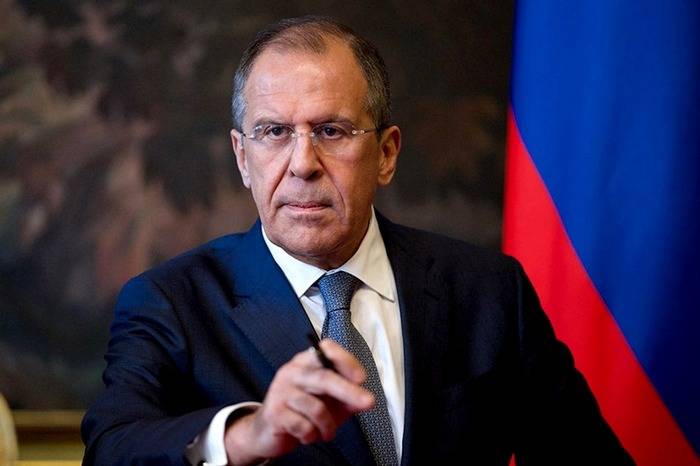 Military and military-technical ties occupy a very important place, primarily in the context of the threat that comes from terrorists in the entire region, and it is felt, and seriously felt, including in Egypt. We unequivocally support the resolute disposition of the Egyptian leadership to an implacable fight against terrorism. Our military-technical cooperation in the form of supplying the necessary equipment and weapons for the antiterrorist operation is developing very closely, we have close ties between the military. Joint exercises are being held, and this helps to share experiences, including taking into account the experience we gained in Syria in the fight against terrorism
- Minister added

According to Lavrov, the military of Russia and Egypt are currently interacting in the most-favored-nation mode.

Recently, an airspace agreement was signed. It is technical, but reflects the partnership nature of our relationship. It provides specific things, including free submission of applications for flying in the airspace of another state, the provision of military navigation services, parking security, and so on. That is, these are the most favored mutual military measures.
- recalled Lavrov

The agreement, which the Minister is talking about, regulates the use of air transport and the airfield infrastructure of the two countries. To sign such a document, Prime Minister Dmitry Medvedev instructed in November 2017 of the year. The document permits the military of each country to fly in the airspace of the other side (with the exception of aircraft carrying dangerous cargo and long-range radar detection aircraft). Russia and Egypt allow each other to use their own navigation systems for free, and there will also be no charge for parking and guarding aircraft (but you will have to pay for fuel, repairs and crew accommodation).
Ctrl Enter
Noticed a mistake Highlight text and press. Ctrl + Enter
We are
You remittance, or about the leading countries in the transfer of funds from Russia to Russia
4 comments
Information
Dear reader, to leave comments on the publication, you must to register.