December 25 2017
38
The oceanographic research vessel of the Russian Navy "Admiral Vladimirsky" entered the Bay of Biscay and follows the approved route according to the plan of the 2 International Expedition to the Indian Ocean, carried out under the auspices of the Intergovernmental Oceanographic Commission of UNESCO. The material part, navigation systems and hydrographic equipment of the vessel operate in a normal mode, according to the Department of Information and Mass Communications of the Ministry of Defense of the Russian Federation 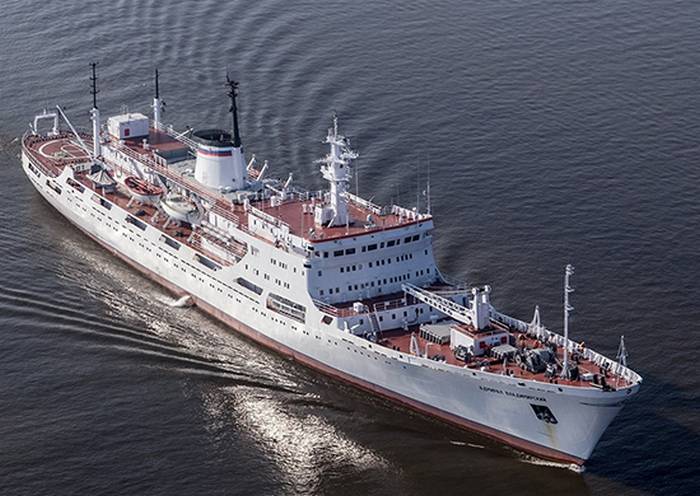 The crew of the Admiral Vladimirsky and expedition members on board were given the task of completing a set of hydrometeorological observations during the 6 months of the expedition, carrying out a large amount of research to correct the nautical navigation charts along the route in the Baltic, North, Mediterranean and Red Seas, as well as in the Indian Ocean and in the northeast Atlantic. The main task of the expedition to which the ship "Admiral Vladimirsky" went - integrated oceanographic research in the Indian Ocean.

December 15 OIS "Admiral Vladimirsky" left the permanent base of the Leningrad naval base of the city of Kronstadt in a long-range hydrographic campaign.

The crew made two historical expeditions over the past few years - around the world and Antarctic. In particular, following the results of the Antarctic expedition, in the near future, new marine navigational charts of 5 seas washing Antarctica will be published. In general, according to the results of 2017, hydrographs of all fleets of the Navy made about 20 hydrographic trips to various regions of the World Ocean

Ctrl Enter
Noticed oshЫbku Highlight text and press. Ctrl + Enter
We are
October 13 1827 was established by the Hydrographic Service of the Russian Navy.Oceanographic research vessel "Admiral Vladimirsky" went to the voyage around the world
Military Reviewin Yandex News
Military Reviewin Google News
38 comments
Information
Dear reader, to leave comments on the publication, you must to register.