The Pentagon ordered the modernization of the "Paladins" and "Abrams"

December 25 2017
28
The US Army has launched a large-scale modernization program for its armored vehicles. According to defensenews.com, the US Department of Defense has ordered BAE Systems to manufacture new M109A7 Paladin howitzers, and General Dynamics to upgrade tanks M1A1 Abrams.


The purchase of new howitzers for the army is carried out as part of the Paladin Integrated Management (PIM) program. The contractor, BAE Systems, developed a new modification of the M109 Paladin howitzer for the American Army, which received the designation A7. Externally, it is not much different from its predecessor A6 (the same chassis from the Bradley infantry fighting vehicle and the old 155 mm caliber are used), but inside it is a fundamentally new car. 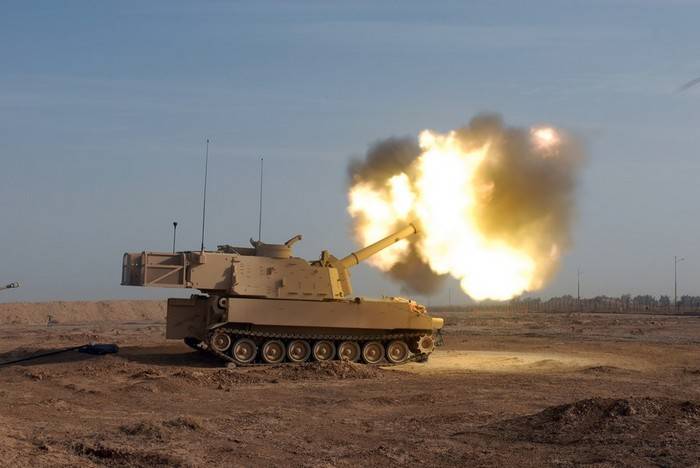 According to the developers, the M109A7 ACS Paladin is equipped with fundamentally new electronics and a power supply system. In addition, the new version of the howitzer will eliminate the previously discovered shortcomings - unreliable automatic fire extinguishing system and so on.

Deliveries of M109A7 Paladin prototypes began in 2015 year. In total, as part of a "test purchase", the army should receive 65 kits consisting of howitzers and transport-charging machines M992A3. To date, BAE Systems has shipped 37 kits to the troops, which are currently undergoing trial operation. Without waiting for the end of deliveries of pre-production samples, the US Department of Defense signed with the contractor the first contract for small-scale production of new SAUs. According to the contract, BAE Systems is to supply the 48 army vehicle kits with a total value of $ 414 million to the US Army. If the self-propelled howitzers meet the military department, another contract will be signed for the supply of 180 ACS and the same number of transport and charging vehicles. The total cost of serial samples can reach $ 1,7 billion.

Another major contract of the outgoing week was an agreement with General Dynamics on the modernization of M1A1 Abrams tanks up to the M1A2 SEP v3 version. According to representatives of General Dynamics, the new version differs from the previous one with improved sights, an updated electronic system and a new active protection system. In addition, the new Abrams will be more economical to use fuel while maintaining engine power, and will also become more maintainable. In total, 786 "Abrams" of an already outdated version of the M1A1, which were produced in the 80 and 90, are subject to conversion under the contract. The cost of the transaction is estimated at $ 2,7 billion, transfers "Warspot"

Ctrl Enter
Noticed oshЫbku Highlight text and press. Ctrl + Enter
We are
American armored vehicles: forward movementMisadventures and problems of Indian artillery
28 comments
Information
Dear reader, to leave comments on the publication, you must to register.