December 25 2017
43
US Permanent Representative to the UN Nikki Haley commented on the reduction of the organization’s budget for 2018-2019 years compared to the previous two-year period, CBS television channel reported.

The inefficiencies and cost overruns of the United Nations are well known. We will no longer allow the generosity of the American people to be enjoyed and to keep their spending uncontrollable.
- Transmits RT the words of the Permanent Representative. 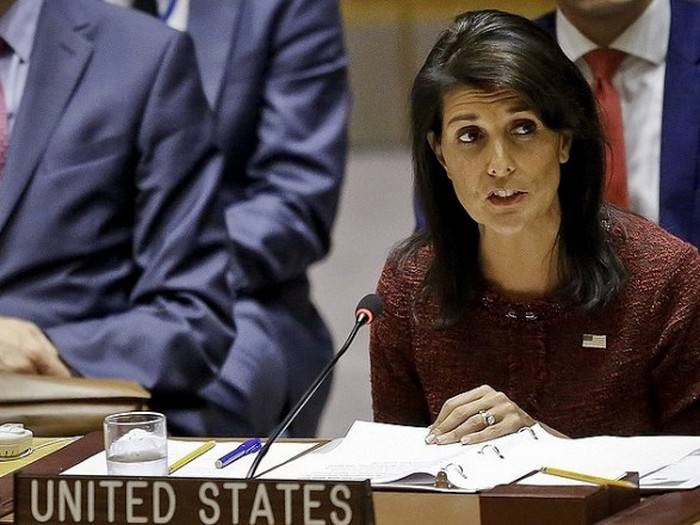 Haley stressed that the United States will seek a more transparent and cost-effective work of the UN.

Meanwhile, the UN budget for the next two years will be 5,395 billion dollars, this amount appears in the final document adopted by the UN General Assembly, RIA reports News.

The organization’s budget is derived from the contributions of UN members to 193. The payment is calculated on the basis of the average GDP and per capita income and cannot exceed 22% of the total budget.

The largest share is traditionally accounted for by the United States. According to the scale of assessments for the distribution of expenses, the US will have to pay 22% of the total amount. Among the leaders in financing the UN are also Japan and China - 9,6 and 7,9%, respectively. Russia accounts for about 3% of the budget of the world organization.

Ctrl Enter
Noticed oshЫbku Highlight text and press. Ctrl + Enter
We are
The new US permanent representative to the UN discussed with Vitaly Churkin the interaction of Moscow and Washington
43 comments
Information
Dear reader, to leave comments on the publication, you must to register.