Destruction of Europe will take place in 2018 year?

December 26 2017
23
The Chairman of the Munich Security Conference, Wolfgang Ischinger, and the Vice-Speaker of the German Bundestag from the Free Democratic Party, Wolfgang Kubicki, gave a joint interview to the magazine Focus. The topic of discussion was conflicts threatening the world in 2018. The experts' conclusions are full of pessimism. 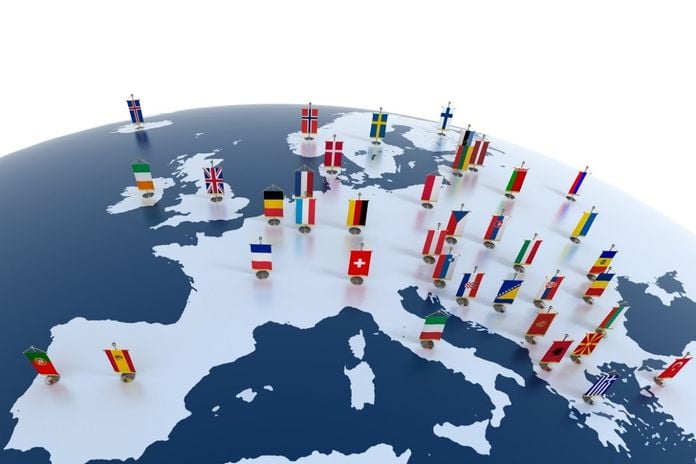 The “atomic friction” between the United States and North Korea has created tremendous tension on the planet.

In the Middle East - a new escalation of violence. It arose after the recognition of Jerusalem by the US President as the capital of Israel, which is why Hamas announced a new intifada.

A lot of other alarming events occur in the world. What happens in 2018?

“We live in dangerous times. I think that the strategic situation in Europe is more dangerous than ever since the collapse of the Soviet Union, ”said Herr Ischinger.

In recent years, he recalled, the world has seen a lot of failures in relations between the United States and Russia. And "just luck that no one pressed the wrong button."

The military threat in recent years has certainly intensified. Ischinger does not consider President Trump guilty "of all the sins of this world." However, Trump's decision on the Jerusalem issue “works like an accelerator.” Ischinger considers such a decision “unreasonable”; Trump's "unreasonable" policy.

Herr Kubicki believes that the German federal government is unlikely to be able to deal effectively with many problems. For example, it will take a generation to develop a common European security and defense policy. “I share the view that Europe needs to come to closer cooperation in order to play its part in the world. This will require defense spending. And what can we offer the Germans? I’ll say it again: submarines that cannot go under water, fighters that cannot fly, Tankswho can’t shoot, rifles that don’t function, ”said Kubicki with dull irony.

Developing the thought of a colleague, Ischinger tried to characterize the EU’s common defense policy. He found as many as five sentences on this subject.

First, Europeans should invest significantly more in their equipment (a significant proportion of their defense budgets).

Secondly, it is necessary to adjust the general maintenance of equipment.

Thirdly, it would be useful to standardize new procurement systems weapons. Today in Europe there are seventeen different types of tanks!

Fourth, the EU should limit the dominance of national arms companies.

Fifth, the budget for military research and development should be tripled.

The correspondent recalled: Martin Schulz favors the emergence of certain United States of Europe by 2025. (Schultz - chairman of the Social Democratic Party of Germany, previously five years was chairman of the European Parliament.)

Kubitsky is perplexed. How will Martin Schulz create the United States of Europe? By force of arms? ..

Ischinger believes that today one should think about the interests of 500 of millions of Europeans. Interests need to be “adequately represented” at the international level. In the meantime, the EU “continues to decide that even the smallest in this kindergarten has the right of veto”. As a result, there is no need to speak about any adequate representation of Europe. “My proposal: the EU should make decisions on foreign and security issues by a qualified majority,” Herr Ischinger proposed an alternative to the endless European fluctuations.

Ischinger believes that Moscow’s behavior changed about ten years ago, when Vladimir Putin delivered a speech at the Munich Security Conference (2007 year). “We did not take this speech as seriously as it deserved,” the expert noted. Since then, the relationship is rolling "downward."

But is it right to adhere to sanctions against Russia?

Kubitsky believes that Europe is interested in "finding a balance" in relations with Russia. However, such a balance "does not mean" that Europe will accept "violations of the law." Take the Crimea - there is a "violation of international law." Kubitsky suggests "slowly reducing the sanctions regime." For example, Moscow returns home the Ukrainians, who were "arrested and sentenced in the Crimea, and now they are in Siberia." “We could respond to this and lower the level of increased sanctions. First of all, we must talk to each other. The distance of the finger from the red button should increase, not decrease, ”the expert shared his opinion.

With whom to drink wine or beer internationally: with Trump or with Putin?

Kubitsky does not think that there will be much pleasure in both cases. Ischinger did not speak at all on this topic.

But Ischinger spoke about the threats of the Internet. In cyberspace, there is now such a situation, which was in the real XIX century in the American Wild West. "Anyone can run with a gun and shoot at anyone, because there is no police," the expert noted.

It came to the point that the leading lawyer of Microsoft demanded to draw up a “digital” Geneva Convention. “This is the right goal,” Herr Ischinger approves of this plan.

As for the situation in the Middle East, Ischinger finds a victory over the “IG” (prohibited in Russia) in Syria and Iraq with the usual “show”. The victory is imaginary, since the Islamist movement is not dead: it "will come to life in another place." “We have been saying for many years that Assad should leave, but we have proved that we have not coped with the appropriate strategy,” the expert added.

Kubitsky added to this that lasting peace in Syria will come only "without Assad." And Germany could become a moderator, initiate a kind of Syria recovery process in the format of "2 + 4", combining Americans and Russians.

On the other hand, Trump’s decision on the status of Jerusalem will not only “destroy the process of pacifying the Middle East, but also reverse it,” the expert believes. Trump opened a barrel of gunpowder, and the consequences of the explosion will be felt by Europeans. In particular, the Germans will get it.

Both experts actually signed the political helplessness of present-day Europe both at the local (European) level and at the global level.

The European Union not only does not have an “adequate” policy suitable for confronting modern threats, but there is not even that unity about which analysts wrote with such admiration in the early years of the 21st century.

Today, Europe, which has adopted sanctions against Russia on the orders of the United States, is outraged by Trump’s policy, but still takes no steps to improve relations with Russia, instead looking back at the overseas “hegemon”. The Trump administration’s intervention in Europe’s energy security issues is disliked by many EU countries, especially Germany, but this does not prevent Poland from buying gas from the United States.

Difficult, almost intractable is the question of the growing number of refugees in the EU countries, some of which are already pursuing a policy that runs counter to the policy of Brussels.

A number of EU states want a rapprochement with Russia and an end to the new cold war, but other union states want to keep tough sanctions against Moscow.

As a result of a series of contradictions, a united Europe, as a major political player, buries itself. A single European Union could provide answers to global challenges, but only together. But this “together”, as the experts truly note, is just not there. Europe continues to collapse from the inside, and the separation of Britain, the problem of refugees and the Spanish-Catalan question is evidence of this.

Observed and commented on Oleg Chuvakin
- especially for topwar.ru
Ctrl Enter
Noticed oshЫbku Highlight text and press. Ctrl + Enter
We are
Trump "realized the reality" and recognized Jerusalem as the capital of Israel. Trump countered the whole world!Situational analysis of the death of the MH17 flight (Malaysian Boeing 777), made on the basis of engineering analysis from 15.08.2014
Military Reviewin Yandex News
Military Reviewin Google News
23 comments
Information
Dear reader, to leave comments on the publication, you must to register.