December 25 2017
35
A Syrian unit fighting in Beit Gin, in the Golan Heights area, threw into battle a ZIL-157K truck with a twin 23-mm Zu-23-2 cannon. The network has a video with the participation of this rare truck now in the Middle East, reports Messenger of Mordovia. 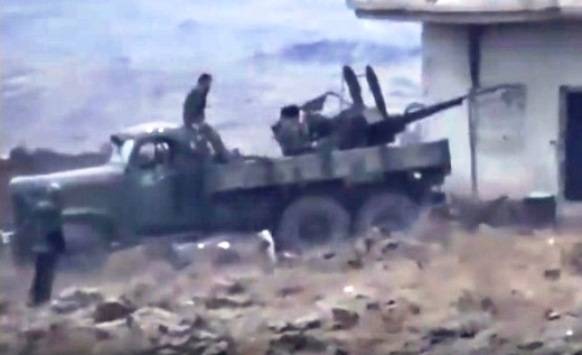 Recently, old Russian (Soviet) cars, such as ZIL-131, GAZ-66, are increasingly encountered in the conflict zone, but ZIL-157K has not been in camera lenses for a long time. Most of these old all-terrain vehicles were withdrawn from the CAA frontline units to the beginning of the civil war.

“In the posted report ZIL-157K is used as a classic gantrak. An automatic gun installed in the back covers the location of action films with tracer. True, it is impossible to estimate the scale of losses in the enemy’s camp, ”the author of the material Lev Romanov writes.

Ctrl Enter
Noticed oshЫbku Highlight text and press. Ctrl + Enter
We are
Elite CAA unit is preparing an operation against militants at the Golan Heights.IDF struck at the territory of Syria
35 comments
Information
Dear reader, to leave comments on the publication, you must to register.