Project "ZZ". 2018 News of the Year: “bad guys” from Russia will be punished in January

December 25 2017
62
By the end of January, the Trump administration will present the “Kremlin report” to Congress, which will feature high-ranking Russian officials and dealers close to Putin. America will punish them all. Mr. Fried, ex-coordinator of sanctions policy from the US State Department, spoke about the upcoming blacklist. In the meantime, the American media is full of messages on the theme of “Putin's man,” who snuck into the holy of holies — the White House. Who is this? 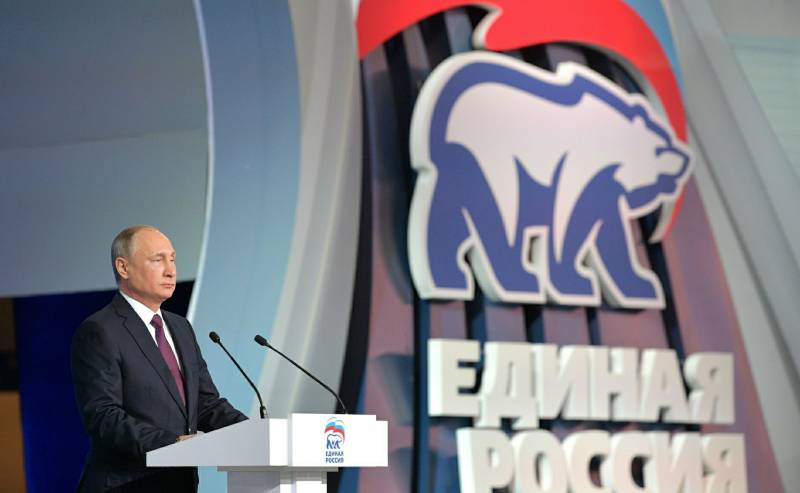 About the list of "bad guys" told "Kommersant" the former chief coordinator of the US Department of State sanctions policy, and now the Atlantic Council expert Daniel Fried. A great interview came out today, 25 December.

It is expected that by the end of January 2018, the US administration will present the Kremlin report to Congressmen, or rather, a list of high-ranking officials and businessmen who are close to power in Russia. The list is based on the Law on Counteracting US Opponents through Sanctions (CAATSA). This law Trump signed in August 2017.

Daniel Fried spoke on the telephone to the correspondent of Kommersant E. Chernenko about the report and the list. Mr Fried explained a few key points. We give them in brief.

Firstly, getting a person to the list does not mean that sanctions will turn on themselves against this person. Still, the name on the list increases the risk of sanctions for the person in the future. CAATSA does not say that the report will form the basis of the new sanctions list, but many members of the US Congress would like to use the law in this way. “As a result, this can happen. It is quite likely. In this regard, I understand why in Moscow many are now nervous, ”Mr. Fried commented on the reaction of“ many ”.

Secondly, the report is a response to the 2016 events of the year, that is, to the Kremlin’s interference in the American elections, and at the same time “in the political processes in Europe,” Fried said. Worked on the document, the US Treasury Department, the State Department and other departments. In general, the document reflects “the concern of US lawmakers about Russia's actions in the foreign policy arena, including its policy towards Ukraine”.

Thirdly, Fried put forward his own proposal on the list of “bad guys”: “... I urged the administration, including publicly, not to chase after the number and not to“ overfulfill the plan ”, as they say in Russia. It would not be very reasonable. It would be much better to make a shorter, but stronger list of “bad guys.” That is, people really associated with corruption, criminal activities or acts of aggression ... "

The expert also explained that the person who entered the SDN (Specially Designated National List, a list of citizens of special categories) loses the opportunity to cooperate with American individuals and legal entities: they are prohibited from such cooperation, including any financial relations. People from SDN who fall under the sanctions can not have bank accounts in dollars or other currencies if the bank’s transactions go through the United States. “They lose access to everything connected with the US financial system. And this, as you understand, is very serious, ”Fried told Kommersant. Moreover, sanctions may indirectly affect European banks if a European bank conducts operations through the US financial system.

The number of persons already enrolled in the list is unknown to Fried. But hardly thousands of people will get there, he says. “This is not about depriving a huge number of Russians of the opportunity to do business in the West. The meaning of the law is to have an impact on people close to the Kremlin, those who have made their fortunes muddy and related to foreign policy actions that run counter to international law. Whether it is interference in elections or acts of aggression. But what I am saying is that you in Russia represent roughly what you are talking about, ”Fried told the correspondent. “The CAATSA law says that the administration should determine the circle of top officials and oligarchs involved in foreign policy, and establish the relationship they have with Vladimir Putin, that is, whether they can be called approximate,” he said. He further indicated that he was “not sure” of the full publicity of the sanctions list, since, according to the law, the document “can be both completely public and completely secret”.

From the name discussion of possible candidates Fried tried to refuse. Answering the question about getting into the black list of Sergey Lavrov and Sergey Shoigu, he only noted that the inclusion of these people "would not correspond to the purpose of the report." Fried would not recommend the Trump administration to “list such people”. Most likely, the compilers of the list of “bad guys” will focus on people from President Putin’s close circle who are involved in “illegal schemes and actions”. Several such persons have already been entered by the US authorities into the well-known sanctions list: for example, these are G. Timchenko and A. Rotenberg.

While the White House apparatchiki, diplomats and secret services are working like a bee on identifying Putin’s comrades who will be on the new black list, in one large media, a mysterious message has appeared on the topic of “Putin’s man”, which just sneaked into the White House mentioned.

Jeff stein in Newsweek writes about another scandal with Donald Trump. No joke: "Putin's man in the White House"!

Who is this slippery type?

Bah, this is Mr. Trump himself!

The American special services cannot forget the meeting of Donald Trump with Sergei Lavrov and the then Russian ambassador to Washington, Sergei Kislyak. Is it possible to trust Mr. Trump with keeping secrets? After all, it was Trump who personally told Lavrov and Kislyak about the secret operation of Israel in Syria (about the introduction into the IG cell, prohibited in the Russian Federation).

Today, special prosecutor Robert Muller understands whether the Trump team (namely, the son of President Donald and son-in-law Jared Kushner) coordinated their actions with the Kremlin in order to hurt candidate Hillary Clinton in the elections. However, it was not these passions that added fuel to the fire: in the American establishment connected with national security, there is a grim impression of Trump as a pawn in the hands of the well-known “enemy of America” - Vladimir Putin. 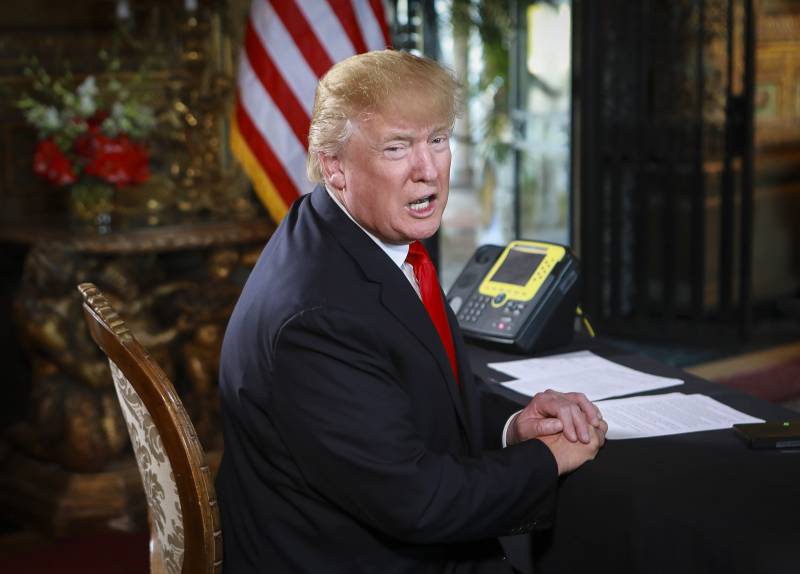 In an interview with CNN, Air Force Lieutenant-General James Klapper, the former director of US National Intelligence, openly called Trump Putin's puppet, adding that the Russian president, who was the curator of the KGB, that is, a spy recruiter, knows “ how to handle valuable shots. ” "Truly worthy" was D. Trump.

A similar opinion was expressed by Asha Rangappa. This man generally called the American president "the dream of curators." Rangappa is a former special agent of the FBI counter-intelligence unit. His opinion Rangappa proves Trump's love for flattery, as well as the openness shown through Twitter.

Harry “Skip” Brandon, a former assistant to the deputy director of the CIA for national security and the fight against terrorism, thinks the same thing. He says that Mr. Trump "publicly states that he is guided by his own instincts." “And if this is the case, then, probably, he unwittingly serves the Russians as the most valuable personnel,” said this expert.

Glenn Carl (Glenn Carle), a former CIA officer, a specialist in analyzing foreign threats, summed up the statements of colleagues.

“As before, everyone beats around and around, refraining from a clear assessment of what is happening. My own assessment is: Trump actually works directly on the Russians! ”

In general, we should note that Mr. Trump’s actions, if we discard his expression, short-sightedness, shallow mind and inability to keep politics with restraint, guided by necessary compromises, do not prove that he is a “valuable shot” and even more so is Putin’s spy who penetrated through the omnipresent Kremlin in the Oval Office of the White House. This is clearly evidenced by at least the same law “On Counteracting US Opponents through Sanctions” (CAATSA), signed by Trump this summer. And the black list, which is being drawn up at the White House today in full compliance with this law, provides yet another confirmation that Mr. Trump conducts the usual US anti-Russian policy.

In short, Trump continues the Obama affair and does so with much greater scope and passion. His debating about the need to improve relations with the Russians is worthless: politicians should be judged by their deeds, not by words.

From Mr. Trump did not get any agent of Putin, nor a full-fledged people's president, who would really return her greatness to America. For the year on the throne, Trump managed to quarrel with European allies, with the Arab world, with Mexico, with China, the DPRK and Iran. And this is not to mention Russia, with which he finally spoiled relations. In addition, Trump unleashed an arms race. As for the homeland, Trump's dubious policy split the American society in half: his supporters and ardent opponents.

Americans need to think carefully and add to the black list of Donald Trump. Under the first number.

Ctrl Enter
Noticed oshЫbku Highlight text and press. Ctrl + Enter
We are
Overseas ally? Donald Trump - US Presidential CandidateRussia is now serious
62 comments
Information
Dear reader, to leave comments on the publication, you must to register.