December 24 2017
83
The accounts of the head of Chechnya, Ramzan Kadyrov on Instagram and Facebook have closed, fearing the truth, reports RIA News Statement by the State Duma Chairman Vyacheslav Volodin. 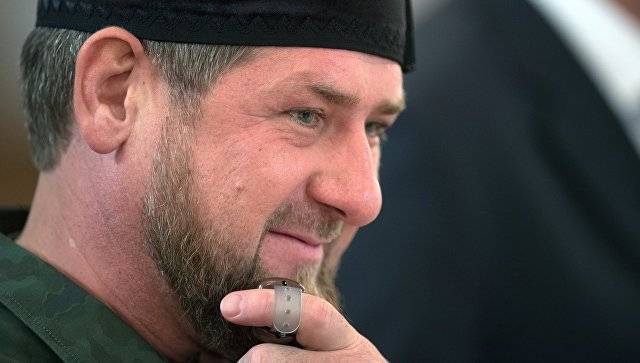 It creates a dangerous precedent. Based on the principle of reciprocity, we must do the same
noted Volodin.

He recalled that Kadyrov’s accounts were closed after he was put on the sanctions list, while the head of Chechnya did not violate the rules of their conduct.

Volodin added that "the truth will still find its way no matter how they try to distort it."

The parliamentarian also mentioned pressure on the Russian media in the United States.

And this is in connection with the decision regarding our international company Russia Today, the agency Sputnik - journalists from these companies did not want to be allowed to the congress. These are all decisions that impinge on the fundamental rights of citizens, on democratic principles, on freedom of speech, the right to disseminate information, the right to information. They are afraid of public conversation, they are afraid of the truth. There is no other way to take and explain such decisions,
he said.

Kadyrov's Instagram profile stopped working yesterday. When trying to access the @kadyrov95 page, users see a message that it is not available. The page of the head of the republic in Facebook also does not work.

Recall, on Wednesday, the United States added five Russians to the Magnitsky list of sanctions, including the head of Kadyrov, accusing them of human rights violations. According to the head of Chechnya, in Washington they can not forgive him for the fact that he devoted his life to the fight against terrorism.