In Turkey, another 3 of thousands of civil servants involved in the coup attempt have been laid off.

December 24 2017
36
Today in Turkey, a government decree was published, according to which 2756 people who were suspected of involvement in the organization of the opposition Islamic preacher Fethullah Gulen, accused of attempting a coup in July 2016, were dismissed from the public service, reports RIA News. 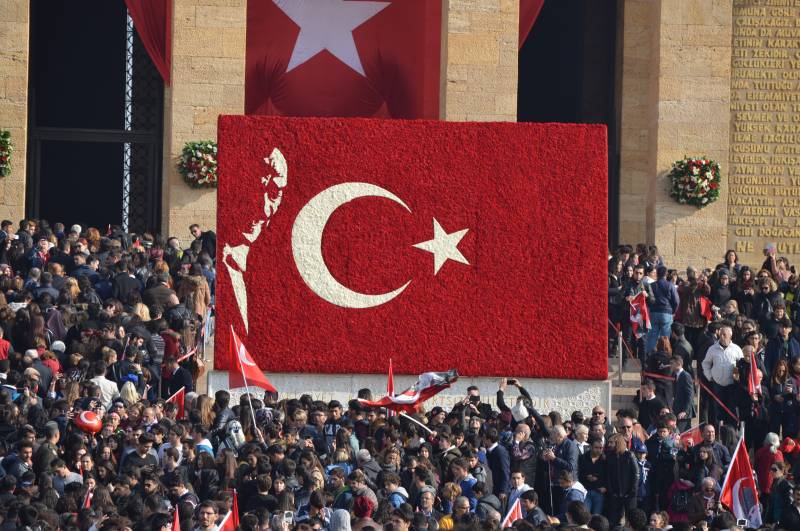 The document states that 637 people were fired from the Turkish Armed Forces, including 155 from the ground forces, 155 from the Navy and 327 from the Air Force.

In addition, 17 public organizations, including 7 funds, were closed.

Recall a group of rebels attempted a military coup in Turkey on the night of July last year. The main opposition unfolded in Ankara and Istanbul. More than 16 Turkish citizens died, more than 240 thousand were injured. As a result, the rebellion was suppressed. In Turkey, after the insurrection, more than 2 thousand people were arrested, more than 50 thousand civil servants were fired or suspended from work. Ankara accused Gulen of the United States organization of involvement in the coup attempt. Gulen himself condemned the coup and dismissed the charges.

Ctrl Enter
Noticed oshЫbku Highlight text and press. Ctrl + Enter
We are
In the US, told about the conditions of issue of Gulen Ankara
Military Reviewin Yandex News
Military Reviewin Google News
36 comments
Information
Dear reader, to leave comments on the publication, you must to register.