US position on Syria: We will not go anywhere!

December 23 2017
30
The increase in the US presence in the Syrian Arab Republic is taking place against the background of regular informational stuffing of political elites of the West. Continuing the current trend, Brett McGurk, the US special envoy to combat ISIS in Syria and Iraq, presented his view on the development of the situation, giving Washington the role of a "solver" of Syrian problems. 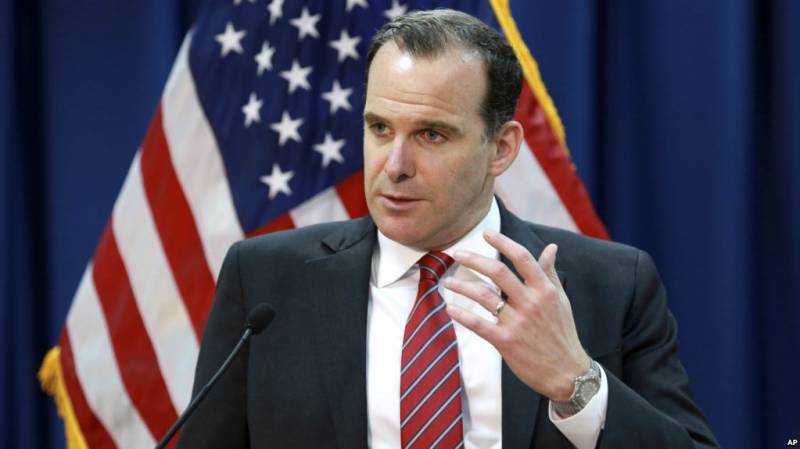 On Thursday, the US special envoy said that Washington did not intend to participate in the process of restoring Syria without fulfilling the demands put forward by it. “We, as a coalition, have made it clear that there will be no international assistance to rehabilitate areas under the regime’s control (official Syrian authorities - Ed.) Without advancing the political process in a reliable manner for a political transition,” the diplomatic official said. Note, by "political transition" the American leadership implies the resignation of the current President Bashar al-Assad and the holding of new elections in the country.

Also, the American representative expressed disagreement with the position of Russia, Iran and a number of other states that declared the defeat of the Islamic State in the Syrian Arab Republic. At the end of his briefing, the ambassador stressed that the United States is promoting its own national interests in Syria, which preserve the American military contingent in the SAR.

It is noteworthy that a month earlier Brett McGurk reported on the military "successes" achieved by the coalition in Syria and Iraq, claiming that the pseudo-caliphate lost more than 95% of the controlled territory. The special representative stressed that the defeat of the "Islamic State" was made possible thanks to the efforts of Washington and its allies from the military-political bloc of NATO and the Arab League.

The statements made by Mr. McGurk in a short period essentially reflect two opposite pictures of the situation in Syria: a few weeks after the speech on the coalition's victory over ISIL, the State Department representative convinces the public that success has not yet been achieved and Washington will need time to consolidate the results.

However, the volatility of American policy in Syria is reflected not only in the statements of State Department official representatives, but also in the specific decisions of the White House and Pentagon administration, which feed the illusions of taking revenge for another failure in the Middle East.

Recall that at the end of last month, the official command resource of Operation Unshakable Resolve had information about the withdrawal of 400 by the American military of the 1 artillery battalion of the 10 regiment of the marine corps. We note information about the arrival of a battalion of servicemen at a permanent station did not appear, in turn, the Internet is replete with reports about the deployment by the United States of new bases and the strengthening of existing military facilities in northern Syria in El Shaddadi and in the area of ​​the settlement of Al-Tanf .

Returning to the speech of Mr. McGurk, the special representative also did not disregard this issue, stating the following: “We are in Et Tanf and will remain there to make sure that the IS cannot return there”. Recall that on the annexed 55-kilometer zone, American instructors monthly train hundreds of militants of the armed opposition.

Sources familiar with the situation report that it is planned to use further trained gangs to attack the positions of the Syrian Arab army along the Iraqi border. At the same time, according to military analysts, if the United States attempts to implement this scenario, the attack will be carried out from the northern direction, mainly from the territory of the Al-Shaddadi military base in Hasaka province. 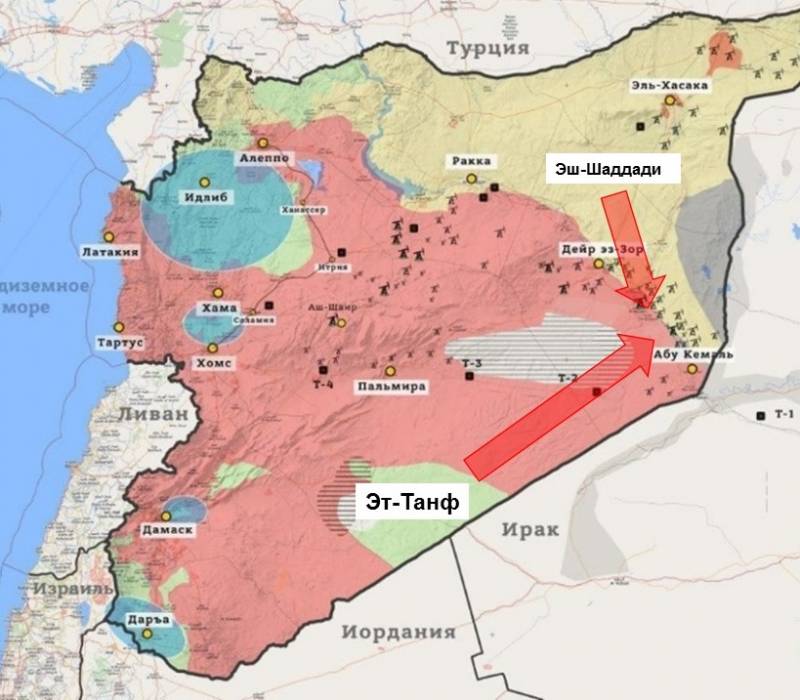 According to refugees from the tent camp Rajm es Salibi (5 kilometers southeast of El-Shaddadi), 750 people are currently being trained at the American base, 400 of whom are terrorists of the defeated ISIL group, deployed to the base in Hassaka province from Raqqa and desert areas provinces of Deir ez-Zor and awaiting instructions from the "world solver."