Do capitalism rails lead China to a dead end? 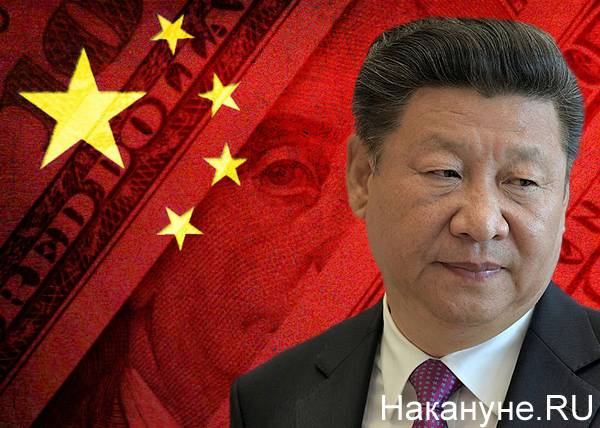 December 18 in Beijing hosted the Central Economic Working Conference, whose goal is to discuss the current economic situation and determine the policy for the next year. Starting from the 18 CCP Congress, Chairman Xi Jinping pointed out the directions of China’s economic and social development, putting forward a number of new ideas, strategies and concepts. The Central Television of the People's Republic of China summarized the statements of the Chinese leader in economics and singled out six key slogans in this area. About what these slogans are and about their significance for the economic policy of China, read in the material on the Eve.RU.

1. "New Economic Reality" (经济 新 常态). The Chinese economy has entered a new reality, where it is moving from rapid growth to growth at average rates. Growth ceases to be extensive, there is a transition to intensive and high-performance development.

2. Structural reform of the proposal (供给 侧 结构性 改革). It focuses on the liberation and development of social productive forces, reducing inefficient and low-budget supply, expanding the effective average supply and increasing its flexibility according to changes in demand, increasing production efficiency. The problems existing in the country's economy must be solved through policies that promote scientific and technological innovation, the development of the real economy, and the preservation and improvement of the living conditions of people.

3. "Three failures, one reduction and one replenishment" (三 去 一 降 一 补): the need to abandon excess capacity, stocks in warehouses and debt load. Cut according to this slogan requires costs and expenses, and replenishment means correction of deficiencies. As Xi Jinping noted, overproduction, large stocks in warehouses, high costs and leverage used to stimulate demand make the economy unstable, even if it grows in the short term. 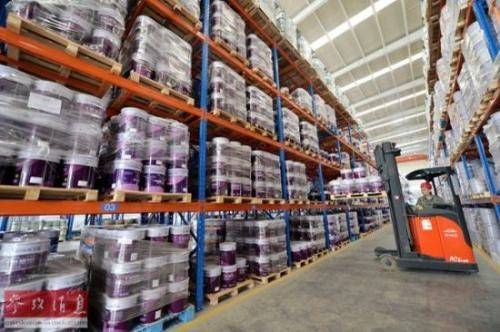 4. Overall prosperity (共同 富裕). The eradication of poverty, the increase in people's livelihoods and the gradual realization of general prosperity are the basic needs of socialism and an important task for the party. “The assault pipes of the battle for the eradication of poverty are already being blown. By 2020 we must bring all impoverished areas into a well-to-do society,” Xi Jinping emphasized.

5. The Belt and the Way (一带 一路) is an initiative that supports the principles of joint discussion, building and sharing. It is especially emphasized that China, although it puts forward the initiative “One Belt - One Way”, he appears in it not as a soloist, but as a member of the choir. During the 19 Congress of the CPC, the head of the People's Republic of China called the discrepancy between the constantly growing needs of the people in a wonderful life and the uneven and incomplete development of the main contradiction in Chinese society.

6. Coordinated regional development (区域 协调 发展). This refers to the implementation of the joint development of Beijing, Tianjin and Hebei Province, which is focused on the future formation of a new economic environment of the Chinese capital. It provides for the promotion of new mechanisms for regional development, the search for the perfect look of urban agglomerations, when the free economic zone in Tianjin on the shores of the Bohai Bay will, in turn, lead to the development of inland regions of North China.

Doctor of Economics, Professor MGIMO Valentin Katasonov in a conversation with the eve. RU noted that the PRC is no longer able to withstand such rates of economic growth, so the transition to average growth rates is not some kind of goal, but a recognition of reality. Today, all sources of high economic growth have been exhausted. “By such sources, I first of all understand the possibilities of China’s mastering the world market. The process of trade globalization has already ended. I closely followed the speeches at the last CPC congress and I didn’t see a clear answer to what economic policy should be, the economic course of China,” - he said.

In this case, you can not sit on two chairs - China can not decide on what rails it is going to roll - socialism or capitalism. As stressed by Valentin Katasonov, "apparently, the rails of capitalism have already brought him to a standstill." But it is extremely difficult for China today to jump onto the rails of socialism for a variety of reasons, even because today there are political forces that have their own interests in the capitalist form of development.

"I can show you by a simple example - I follow the policy in the area of ​​currency. Today in China there are two diametrically opposite points of view, some say - we need a strong yuan, we need to strengthen it, we need to make it a reserve currency. But if they make the yuan a reserve currency, then you have to say goodbye to the active trade balance. In fact, they will have to abandon the development path that the last 30 years have followed. And if they really want a strong yuan, then a number of questions arise - due to What are they going to live? If at the expense of the domestic economy, then it is really, after all, socialism because it is impossible to build the domestic economy at the expense of the market. A mobilization model of the economy is needed here, a rigid state administration, "the expert notes.

Reform of the proposal, and the elimination of poverty, and large-scale construction in the metropolitan agglomeration can be a step in this direction, but, as Valentin Katasonov noted, the eradication of poverty itself is “such a social demagogy of the Communist Party, in principle, the fight against poverty is the slogan , but not a strategy. You can in some sense correct the distribution of the social product, you can even out the polarization of society, but they themselves have to answer the main question - which model is used - capitalist, socialist “export-oriented, or a model aimed at developing the domestic market and domestic economy. They cannot answer these questions. And not because they are stupid, but because they now have quite a serious political and ideological discord even inside the CCP."

Ctrl Enter
Noticed oshЫbku Highlight text and press. Ctrl + Enter
We are
The world we leave, the world we enter, and the world between themThe death of the elder brother. The lessons of the crises China teaches very carefully
Military Reviewin Yandex News
Military Reviewin Google News
41 comment
Information
Dear reader, to leave comments on the publication, you must sign in.