Congratulations to all Ukrainians with the successful testing of the Ukrainian Alder missile system. Just received a report that all four missiles hit the target
- Poroshenko wrote in his microblog on Twitter. 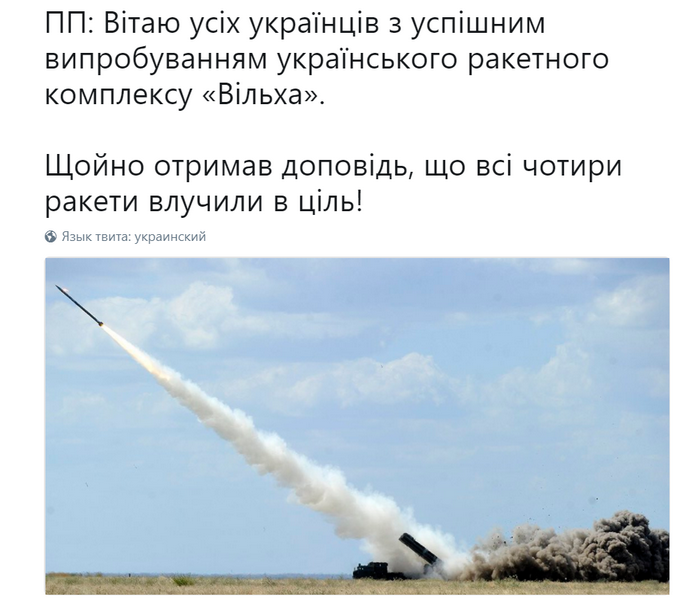 We remind you that the new "high-precision rocket" of the Alder complex, in fact, is only an analogue of the projectile for the Soviet MLRS Smerch.

According to Ukrainian developers, the key difference from the Soviet development was that the new missiles are adjustable and can hit targets with much greater accuracy. According to the description of the new missile system, it will be able to replace the Smerch MLRS, as well as the Tochka-U tactical missile system, in service with the Ukrainian army, while demonstrating greater accuracy