Shoigu advised enemies not to test Russia for strength

December 22 2017
95
The military contingent of NATO at the western Russian borders over the past five years has tripled, and the intensity of its exercises has doubled, Defense Minister Sergei Shoigu said.

Since 2012, the number of NATO military contingents stationed at the western frontiers of Russia has tripled and the intensity of the exercises they are conducting has doubled.
- said Shoigu, speaking at the board of the Ministry of Defense. 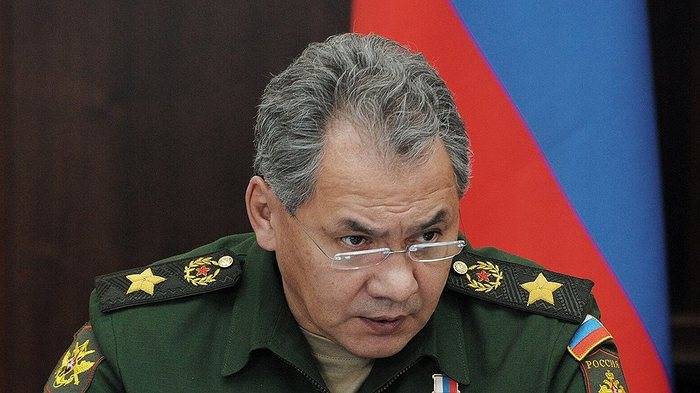 The head of the Ministry of Defense also noted that the combat readiness of the Armed Forces of the North Atlantic Alliance at the western borders of the Russian Federation was reduced from 45 to 30 days.

Shoigu said that the intensity of NATO aerial reconnaissance at the Russian borders increased by 3,5 and that of the sea by one and a half.

He added that NATO doubled the intensity of military exercises near the Russian borders, noting that in 2014, the alliance conducted 282 exercises, and in 2017, already 548.

The Russian minister added that Russia is not going to fight with anyone, but it’s not worth trying the country's defense capability.

We do not rattle weaponsand do not intend to fight with anyone. At the same time, we do not advise anyone to test our defense capability for strength.
- declared Shoigu.

He also added that at present the Russian army is modern and efficient, and noted its mobility and compactness.