The submarine ORP “Kondor” was withdrawn from the Polish Navy

December 22 2017
30
On Wednesday, a ceremony was held in the seaport of Gdynia to remove the ORP "Kondor" (297) submarine from the Polish Navy. www.korabli.eu. 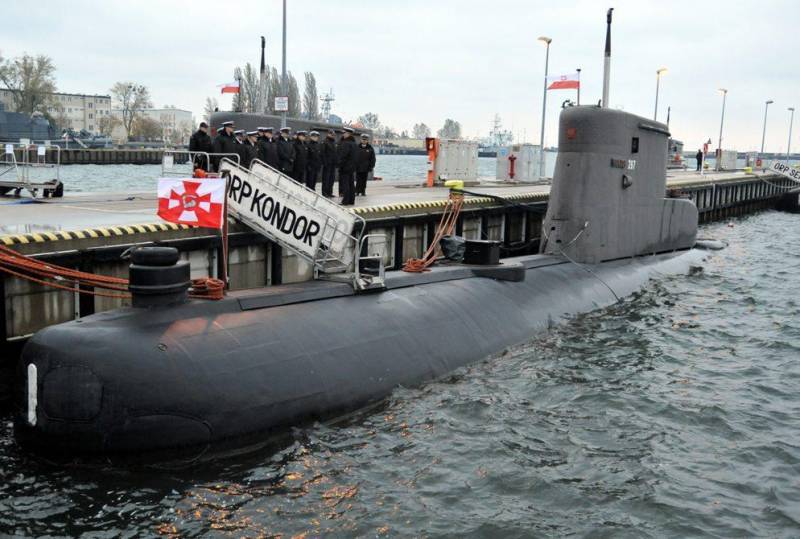 Kondor (297) was the first of four Kondor class submarines decommissioned. With other submarines of this class, the Navy will say goodbye in the near future.

Over the 13 years of service, the submarine spent 600 days at sea and passed 42000 nautical miles.

The resource notes that the Kondor class submarines are the export version of German submarines of the 207 type, which were built for Norway in the 1960-years by Nordseewerke.

In service with the Norwegian Navy, they remained until the 1990s, then were replaced by modern Ula-type boats. Some of them went for scrap, the other part was transferred to Denmark and Poland. The Danish Air Force has already withdrawn their composition.

Ctrl Enter
Noticed oshЫbku Highlight text and press. Ctrl + Enter
We are
United Launch Alliance announces the start of work on a new rocket engineNorway has decided to save the submarine fleet
Military Reviewin Yandex News
Military Reviewin Google News
30 comments
Information
Dear reader, to leave comments on the publication, you must sign in.