December 22 2017
37
The Sukhoi company handed over another batch of Su-34 front-line bombers to the Russian Aerospace Forces as part of the 2017 state defense order of the year, the company's press service reported on Friday. This writes the RNS. 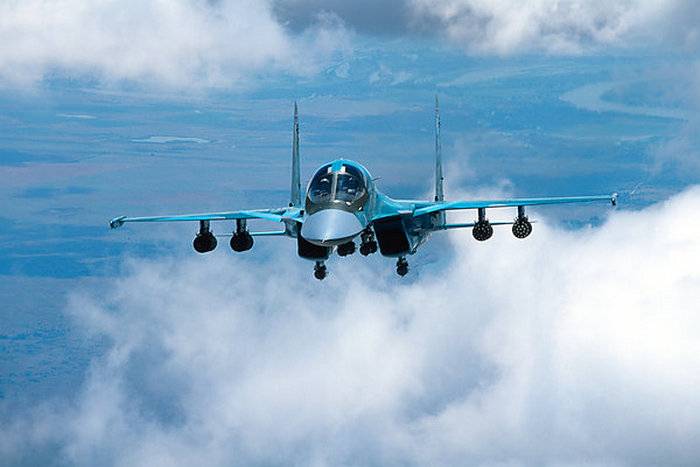 Today, the company "Sukhoi" handed over to the Ministry of Defense of the Russian Federation another batch of Su-34 front-line bombers as part of the implementation of the 2017 state defense order of the year. The aircraft took off from the airfield of the Novosibirsk Aviation Plant named. V.P. Chkalov and headed to the place of their deployment
- said the company. The number of cars in the lot is not specified.

The company also noted that in the near future VKS RF will receive another batch of Su-34 bombers.

In March 2017, the deputy head of the military department Yuri Borisov said that Novosibirsk aviation the plant for 2017 will supply the aerospace forces 16 Su-34 combat aircraft.

The current government contract with the Ministry of Defense of the Russian Federation for the supply of Su-34 before 2020 to the Russian Aerospace Forces ensures a stable load of the Novosibirsk aircraft plant for the coming years and determines the prospects for long-term development. Frontal bombers are successfully used in the troops and demonstrate high performance.