December 22 2017
72
Yesterday, without special celebrations, the construction of the dry dock of the British shipbuilding enterprise Babcock Marine in Rosait (Scotland) was launched and towed to the outfitting quay of the aircraft carrier R 09 Prince of Wales - the second ship of the type Queen Elizabeth being built for the British Navy, reports bmpd. 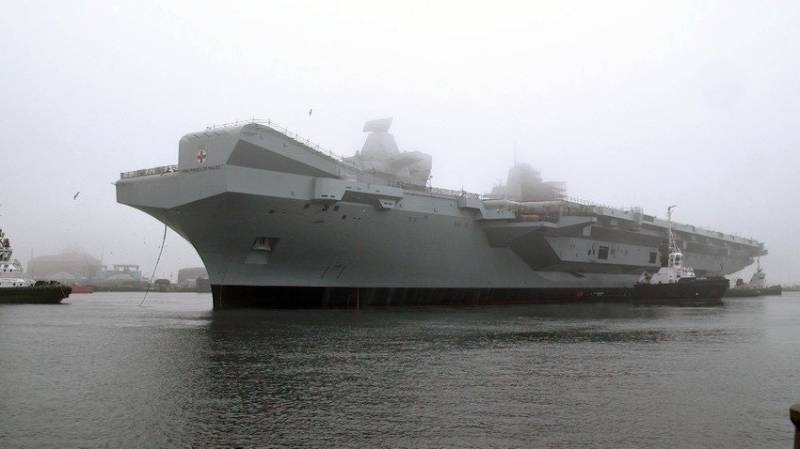 The ship was removed from the construction dock under heavy fog conditions, which gave the action an additional touch of mystery. 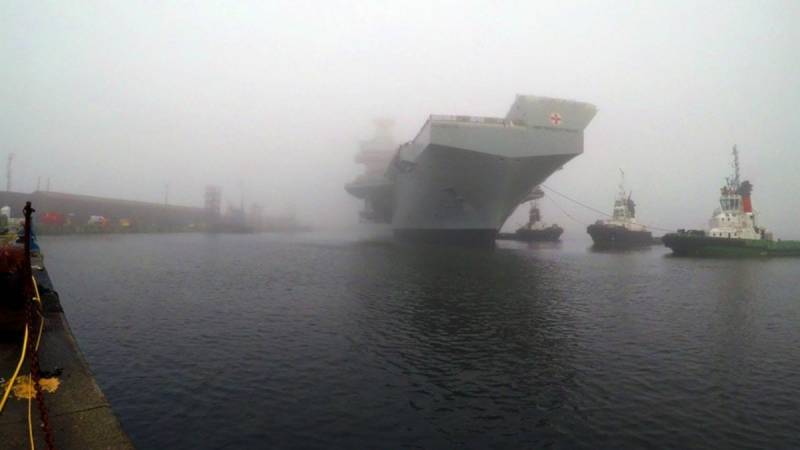 “The production of sections of the second ship Prince of Wales was launched in May 2011, the ship was built in the construction dock No. 1 Babcock Marine in Rosaite since the end of 2014. The baptism ceremony Prince of Wales was performed on 8 on September 2017, the resource reminds. 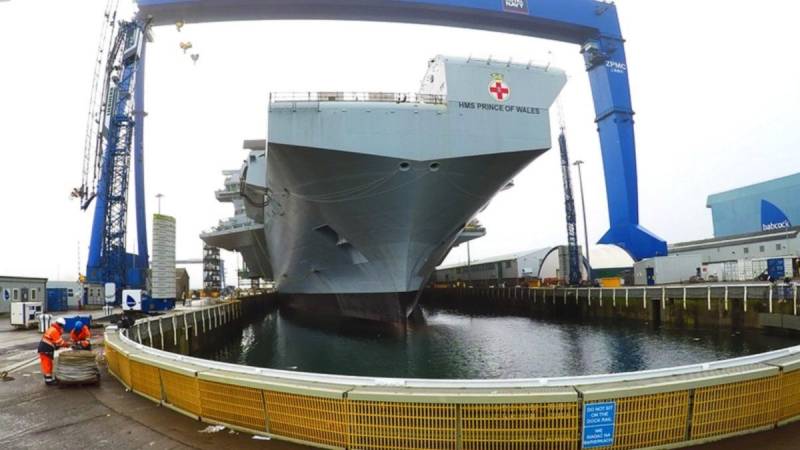 The launch of the aircraft carrier for testing is scheduled for mid 2019 year. It is expected that the ship will reach alert in 2023 year.

It is noted that "Prince of Wales will be the largest ship of the Royal fleet в storiesBecause, in view of the changes and improvements made to the second ship project, it will have a full displacement of 3000 tons more than Queen Elizabeth (the design final displacement of the latter in most sources is defined as 70600 tons). 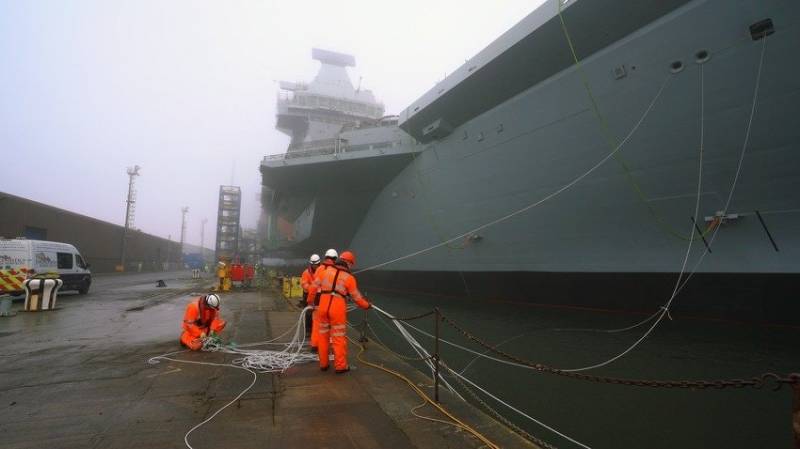 Ctrl Enter
Noticed oshЫbku Highlight text and press. Ctrl + Enter
We are
The aircraft carrier Queen Elizabeth: the largest ship in the history of the British fleet
Military Reviewin Yandex News
Military Reviewin Google News
72 comments
Information
Dear reader, to leave comments on the publication, you must to register.