December 22 2017
16
The new C-400 SAMs arrived at the location in the Saratov region, the Central Military District’s press service said today, which had been received by the Military Survey. 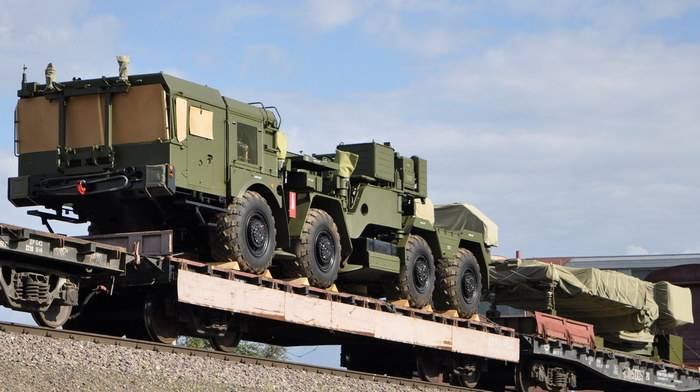 Anti-aircraft gunners of the Central Military District, who received in the Astrakhan region a new set of anti-aircraft missile system C-400 "Triumph" for the air defense of the Volga region, arrived at the place of permanent deployment in the Saratov region
- the report says.

The military has already tested a new technique at the Kapustin Yar test site in the Astrakhan region. The calculations carried out four combat launches, simultaneously hitting several difficult targets "Boar". To the place of permanent deployment, servicemen with new equipment returned by rail.

Long-range air defense systems S-400 Triumph (developed and manufactured by the Almaz-Antey aerospace defense concern) is designed for highly effective destruction of strategic and tactical aircraft aviation, ballistic missiles, hypersonic targets and other means of air attack in the conditions of electronic and other types of counteraction.

Ctrl Enter
Noticed oshЫbku Highlight text and press. Ctrl + Enter
We are
The results of the GSKB Concern air defense "Almaz-Antey" in 2012 yearWill Russia be able to repel a strike from space?
Military Reviewin Yandex News
Military Reviewin Google News
16 comments
Information
Dear reader, to leave comments on the publication, you must to register.