December 22 2017
19
In the Parliament of Catalonia, supporters of secession from Spain gained a cumulative majority of seats. These are three parties: "Together for Catalonia", "Left Republicans of Catalonia" and "Candidates for National Unity". “Together for Catalonia” is the party of K. Puchdemon, who has been removed from power, currently in Belgium. He has already commented on the victory of the supporters of independence, declaring the defeat of Spain. 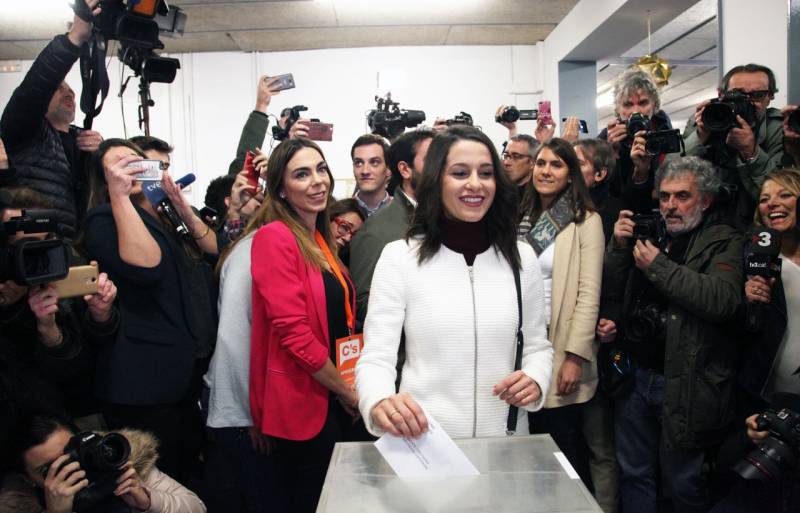 Most of the seats in the Parliament of Catalonia will be received by representatives of parties that are considered separatist in Madrid. In total, the three parties supporting the independence of Catalonia will receive seats from 70 in the local parliament of 135. (To get the majority, you need to have 68 votes.) These are the parties and their shares: “Together for Catalonia” (34), “Republican Left Catalonia” (32) and “People’s Union” (4).

The voter turnout set a record of citizens' political activity: almost 82% of voters voted at the polling stations. Surprise for observers was a rather high result of the Puchdemon party: previously, some polls indicated a likely victory for the party of Junqueras (the former deputy of Pucdemon).

For experts, it was not a discovery that no party overcame the 50-percent threshold in the elections. This means that a coalition of political forces will decide the future of Catalonia. Judging by the list above, problems with its unity are not expected.

On the other hand, the government has traditionally been formed by the party leading the elections. And here it should be noted that the Citizens Party became the leader of the elections. This party is in favor of preserving Catalonia within Spain. 25% of the electorate voted for it, which gives her the right to get 36 seats (according to other data, 37) in the Catalan parliament.

As for the Spanish Prime Minister M. Rahoy, he predictably lost in Catalonia. The branch of the ruling "People's Party" was at the finish line in the last row. Conservatives advocating the preservation of Catalonia as part of Spain will receive the entire 4 deputy chair.

That is why the dismissed head of the Catalan government, Carles Puchdemon, called the election results an "incontestable" victory. Madrid lost, and the Catalans "won the right to be heard." According to Pucdemona, said not in Catalonia, but in Belgium, where the politician moved for well-known reasons, the Catalan Republic won, and "the Spanish state was defeated." 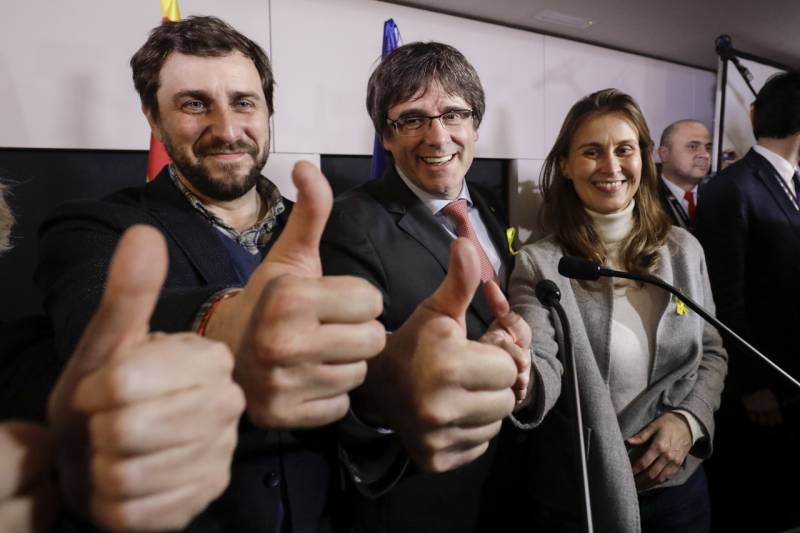 However, Mr. Puchdemon, who is accused not only of rebellion, but also of corruption, remains in Belgium, while his ideological associate, Mr. Junqueras, is still under arrest in Madrid. Oriol Junceras-i-Vies, one of the most ardent supporters of independence, was imprisoned in November along with several other Ministers of the Catalan government by a decision of the Spanish National Court of Justice. These people are considered "rebels."

By the way, the prisoners in a certain sense have already repudiated their “rebellious” views. On December 4, the judge of the Supreme Court of Spain gave permission for the release on bail of six former members of the Catalan Generals. The amount of the deposit is one hundred thousand euros per brother.

Many former members of the government filed petitions, including Juncéras himself. All of them agreed to the application of Article 155 of the Constitution, which allows the introduction of the direct rule of Madrid in Catalonia. In their petitions, they even "promised to execute the law."

The court did not believe all the "rebels." Only six of them were released. Lord Junkeras, Forn, Sanchez and Quishar continue their time in Madrid chambers, since, in the judge’s opinion, there is a great danger that these four politicians will “resume” their “criminal activity”. Of course, the decision was predictable: after all, the Juncomeras party participated in the elections.

As for the “refugee” (it is in quotation marks, he does not have the corresponding status) Puchdemona, he now places his hopes not on Madrid, but on Europe.

“This night we deserved the right to be heard! - He said in Brussels. “Europe should take note of [this] ... If Rahoi continues the same course, he will get the same results.”

Obviously, those who are considered by the separatists in Madrid will not give up the struggle. And the longer Madrid resists, the higher the passions in Catalonia. 82% turnout is what they say.

However, can we count on Europe? Hardly. Democracy is a very convenient thing. In one case, you are a fighter for freedom, in the other - a separatist. It is enough to stick the necessary label on the opponent, and the sticker continues to be a democrat and a liberal.

In the case of Catalonia, Europe has chosen the label of separatism. Kosovo is, of course, a completely different matter. There is a struggle for freedom. But in the Donbas-the separatists and the "hand of the Kremlin." Not surprisingly, the hand of the Kremlin other Madrid politicians found and in Catalonia. In short, the label is made and pasted.

Predicting what will happen next in Catalonia is easy.

An acute parliamentary struggle will break out in which Madrid will stick. Probably, the Citizens Party, which has become the leader of the elections, will create a modest coalition with the People’s Party and will try to form a government and prevent the separatist forces. Such opposition is quite possible if only because it is the party with the most votes that forms the government in Catalonia. And these are “Citizens”, not the party of Puchdemon and his former deputy. On the other hand, the separatists will create a powerful coalition, which will have 70 mandates.

In the near future, realizing that the EU is on its side, Madrid will continue to insist on a version of the “coup” in Catalonia. Already insists.

“The attempt of a constitutional coup committed by 6 and 7 of September through the adoption of unlawful laws that did not have any legal basis was properly assessed by the Constitutional Court, and the laws themselves were annulled, especially since the local authorities did not have any authority to adoption ", - пишет pro-government Spanish newspaper El Pais.

The assessment of Puchdémon’s actions is also given: “Another step in the normalization of the situation was the introduction of external control, the result of which was today's election. This was a response to the irresponsible actions of the last chairman of the autonomous government, who, despite promises to hold elections, chose to hide abroad. ”

And a few words about democracy from the same newspaper:

“In a democratic Europe, other cases of external governance are known, for example, in Great Britain and, in a certain form, in Italy after the proclamation of the Padan republic in the middle of the 90s. Thus, hysterical cries that such a mechanism has never been used and that this is an abuse of power are falsely false. ”

According to the editorial board, which actually voiced the position of the Spanish government, the new parliament in Catalonia and the new government should "restore social peace, stabilize the economy and restore confidence violated by violating legal norms." To “restore normal life and bring Catalonia out of the separatist nightmare, we need not those who sow chaos, but those who observe the law and the constitution”.

As you can see, the election results showed not exactly what Madrid was counting on. And the “sowers of chaos” are already celebrating victory. One, however, behind bars in Madrid, the second - in Belgium. In many ways, Madrid itself contributed to this victory with its tough (if not to say cruel) response to supporters of independence.

Against the background of the persecution of Catalan politicians, the desire of the Catalans for independence has grown strongly: according to sociological polls. If in the summer a little over forty percent of citizens of the autonomous region were striving for separation from Spain, then in November 2017, their share was already 48%. And this means that the political confrontation of Barcelona and Madrid will continue next year.