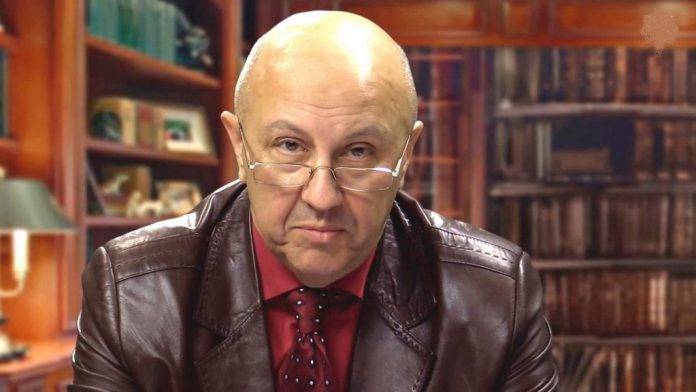 US President Donald Trump signed on the eve of the updated national security strategy of the country. The strategy is published on the White House website. In the 68-page document, Russia and China are called countries that challenge US security and seek to undermine its security.

The tone of the US security strategy, which accuses Russia of revisionism and attempts to undermine American prosperity, sounds like an attempt to exacerbate the situation. In fact, the United States has long used pre-war rhetoric, but it is pre-war in the sense of an ordinary war, such as, for example, the First World War or the Second. From the point of view of wars of a new type, such world hybrid wars, this is not a pre-war rhetoric, but quite a military rhetoric. And, especially to Russia, it sounds for several years.

There are several lines of opposition to the United States of Russia, China and the rest of the world in general.

There is a line of interstate relations; it is connected with the fact that the USA is gradually losing hegemony in the world system as a state and, naturally, they are trying to preserve it. But they are trying to do this in a very sophisticated way - accusing China, Russia of violating the global balance, and exposing themselves as the object of actions of these states. In fact, everything is exactly the opposite. The United States seeks to prevent the emergence of alternative geopolitical and socio-economic development.

But there is one more thing that needs to be noted. In the context of the global crisis, the world pie narrows. And global elites see a way out in dumping part of the world elite as ballast. Naturally, the global elites will first of all clean up the state, national-bureaucratic, regional and local elites. In essence, this war of global elite against local, state elites was declared in October 2012 of the year in Tokyo. Then, on October 12 at a joint meeting of the International Monetary Fund and the World Bank, the head of the IMF, Christine Lagarde, announced that it is necessary to prepare a legal and moral basis for the expropriation of young money. By young money, she meant these young oligarchic elites who had risen in Brazil, Russia, and China. Yes, she said - this is primarily the oil industry and the associated bureaucracy. Now the United States is preparing a sweep. It has two initial impulses, and since the United States is a cluster of global elites, this is the port of their registry, then, naturally, all the impulses come from here. In the first impulse, the main target is Russia. The second impulse is local elites in general. Therefore, nothing new in what the Americans wrote in their updated program is not. The situation will continue to develop.

Another thing is that the United States has no physical, primarily economic, opportunities to change this situation. The United States travels from the fair stories. This is precisely what increases the danger of such sharp nervous movements from the side of the American colossus, which is losing its hegemony, which is increasingly becoming a colossus on clay feet. Our conclusion should be very simple - the armor is strong, Tanks ours are fast, and our armored train should be on the siding. But the Americans do not have enough strength to turn the boat over with China and Russia together. So, they will act to split, to provoke a conflict between China and Russia.

Ctrl Enter
Noticed oshЫbku Highlight text and press. Ctrl + Enter
We are
Andrei Fursov: The Origins of FebruaryMilitary reform as an integral part of the security concept of the Russian Federation: Systematic dynamic assessment
Military Reviewin Yandex News
Military Reviewin Google News
42 comments
Information
Dear reader, to leave comments on the publication, you must to register.